Paul Obi in Abuja and John Shiklam in Kaduna
Human Rights Watch (HRW) yesterday joined  the chain of stakeholders calling on the President Muhammadu Buhari-led administration to stop the persecution of the Islamic Movement of Nigeria (IMN) as known as Shiites.

The group also frowned at government’s blatant disregard for the rule of law, specifically turning a blind to several court judgments against abuse of power.

Senior Researcher at Human Rights Watch, Nigeria, Mausi Segun, in the report, argued that the Nigerian authorities should end their violent repression of the IMN, a minority Shia group, that began with a three-day lethal crackdown on December 12-14, 2015, and free its leader, Human Rights Watch said yesterday.

“Sheik Ibraheem El-Zakzaky, leader of the IMN, and his wife, Zeenatudeen, have been detained without trial for a year. On December 12, 2015, the Nigeria army used disproportionate force against the group’s street procession in Zaria, Kaduna State in North-western Nigeria to clear a route for the army chief’s convoy.

“In an ensuing three-day violent crackdown, the army killed 347 members of the group and injured and arrested scores more. The violence against the group continued in a series of episodes in October and November 2016.

“The involvement of soldiers in the Zaria incidents, and subsequent police actions against the Shiites raises major questions about Nigeria’s commitment to military reform. The Kaduna state government’s continued repression of the group without holding the attackers responsible turns justice on its head,” Segun stressed.

According to HRW, “Nigerian authorities should hold accountable anyone who has committed crimes against Shiite members, and take immediate steps to comply with a federal court order mandating the release of El-Zakzaky and his wife.”

“HRW reported in December 2015 that the killings were unjustified and called for an independent and impartial investigation into the carnage.

“In a White Paper responding to the report released on December 5, 2016, the Kaduna State Government unilaterally declared the Shiite group to be an insurgent group against which the army was justified in using lethal force.

The group maintained that “contrary to the commission’s findings, the state government stated that soldiers who shot at protesters, laid siege to religious sites belonging to the group, killed 347 members and buried them in unmarked mass graves, acted according to the army’s rules of operation.

“The Kaduna State government is seeking the death penalty against 50 members of the group who are facing trial for the death of the only military casualty in the episode, Corporal Dan Kaduna Yakubu.

“But it has essentially exempted the army from any responsibility for the killings of the IMN members, and no-one has been held responsible for the deaths.”
HRW added that “on October 7, the state government banned the IMN, citing the commission of inquiry’s finding that the group was unregistered.

Meanwhile, the new United States Ambassador to Nigeria, Mr. Stuart Symington, was silent about recent calls by his country for the release of the IMN leader, El-Zakzaky, when he paid a courtesy  visit to the Kaduna State Governor, Mallam Nasir El-Rufai, at the Government House, Kaduna yesterday.

The ambassador who met briefly with el-Rufai under closed door before the courtesy call said: “It is always a good idea to start out by learning before you attempted to teach. But I come with one message and that is the importance of this place (seat of power), not just me, but to every person in this world. As I look at you, (the governor), I think how important this place will always be to you, to every one in the world.”

About two weeks ago, the  US Assistant Secretary and Department spokesperson of the Bureau of Public Affairs, John Kirby,  called on the federal government to release El- Zakzaky  following the judgment of an Abuja High Court ordering his release from detention.
In his remarks, el-Rufai commended the US for its assistance to the state in its development efforts.

He said the  partnership with bilateral organisations, particularly the US, UK, EU  were key to the development of the state.
He said with a population of about 10 million people of which about 89 per cent are below  the age of 35, the state needs more jobs.

“We are the third largest state in Nigeria, we are the centre of northern Nigeria. This is where any investment will have the greatest impact because every northern governor comes to Kaduna, they all have liaison offices here and this is the headquarters of the northern states governors forum.

According to him, “there is a need for significant interventions in the area of health, education, agriculture, trade and infrastructure in this part of the country, not only for it to catch up, but also for our young people to have opportunities as well as hope because it is lack of opportunities and lack of hope, compounded by ignorance that has created the kind of problems we have seen in the northeast. God forbid, we don’t want a repetition of that.”

He said: “Here in Kaduna State, we are battling with kidnapping, rural banditry and all kinds of criminality. The foundation of all these, I insist, is lack of education, lack of opportunities and lack of hope.
“A person with no hope has nothing to loose and this, we must do whatever we can to prevent.
“What Kaduna State needs more than anything is jobs, we cannot create jobs without investments…” 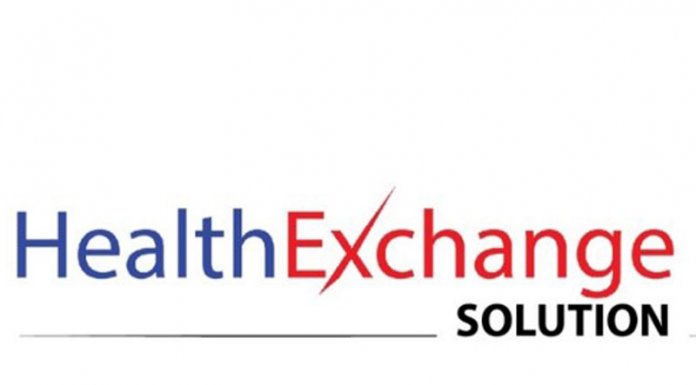 Police Get Funding Framework as Buhari Signs Bill into Law