There is an Igbo adage that says if you put your ear close to the ground you would hear the ants whispering. I will say that if President Muhammadu Buhari and his All Progressives Congress (APC) government listened hard enough, they would hear Nigerians chanting a variant of the 80s pop hit: Where is the love you promised me? Where is the CHANGE you promised us?

And as well the people might. For, as the president and his party will now have come to realise, one year is a lifetime in politics. But let us try to put things in perspective. The first thing for both the government and the governed to appreciate is that a slogan is not a programme. It is at best a promise of a programme of action. Nearly every political leader seeks the mandate of the people with a fetching and almost irresistible slogan, a promise which captures the public imagination. In our contemporary times, President Umaru Musa Yar’Adua rode to power on the slogan of Rule of Law. Goodluck Jonathan galloped into Aso Rock on the horseback of Transformation. In more distant climes and times, John F Kenney sought and won the presidency of the United States on the promise of a New Frontier. More recently Barack Obama, like our own Buhari, won over the populace with the slogan of CHANGE (Yes We Can), just to name a few. It is, however, the degree to which an administration is able to translate the promise of a slogan into a programme of action which measures the success of such government.

In the case of Nigeria, while many cynics would regard most slogans and campaign promises as political 419, Buhari was able to be trusted by the majority of voters because of his own personal reputation for principled politics and almost Messianic sense of mission. Thus to many Nigerians, if Buhari said change was coming to Nigeria, then they have every reason to expect change in every meaning of the word. But after one year of APC in power, few would argue that Nigerians are too impatient in demanding to see the change that they were promised.

To be fair, Buhari must get full credit for fighting Boko Haram to a standstill at least so far. To that extent, he has fulfilled one of the cardinal duties of the president and commander-in-chief of a nation, namely the protection of life and property of the citizen. To what extent this achievement may be vitiated by the emergence of and his tepid response to the new threat posed by the armed cattle hands from his Fulani ethnic stock has to be a subject of intense debate in the coming months. His eventual response to this particular menace will inevitably be measured against his threat to crush the burgeoning agitation for Biafra and renewed violence in parts of the Niger Delta.
To brandish an iron fist against pro-Biafran agitators who are merely waving palm fronds in peaceful protest, while treating with kid gloves Fulani marauders armed with assault rifles cannot be judged by any fair mind as even-handed. And as an experienced solider and politician, Buhari would know that lack of even-handedness in dealing with sensitive issues in a diverse polity like Nigeria has been the Achilles heel of Nigerian unity. Similarly, Buhari’s promise to fight corruption must be seen as work in progress, but certainly work that has begun in earnest. While the wheel of the judicial machine grinds out its slow and hopefully steady rhythm Nigerians would have to be patient to avoid any semblance of guilt before trial.

Beyond these two admittedly critical areas, the rest of the promise of Change is on trial and soon the jury will be out. But so far from within and outside of Nigeria, there is a perception of lack of focus as to what Change should really mean and how it should impact on the governed. The first faux pax by this government was to fail to recognise that big Change often begins with small things, mostly gestures that telegraph government’s sensitivity to public opinion and a feel-good factor on the part of the governed.

I give the singular example of John Magulu, the new President of Tanzania who was elected roughly the same time as Buhari. One of the first acts on assuming office was to cancel the elaborate fiesta planned for the country’s Independence anniversary. He drastically downsized the celebration and used the $300 million he saved to provide beds and other equipment for the nation’s major hospital where patients had been sleeping on bare floors. He slashed ministerial limousine fleets and ordered that all conferences outside the country should be attended by Tanzanian Ambassadors in the host countries and not by ministers and officials claiming Estacode and flying first class. Within a month in office, the president’s sweeping changes caught the public imagination at home and abroad, and earned him the sobriquet of “the bulldozer.”

Of course every leader has his own personality and style, but when you wave the banner of Change that charmed the people and contributed to the resounding victory you achieved at the polls, the winner has a duty to demonstrate his sincerity and commitment to that very slogan because in a way it encapsulates his contract with the citizens. This is more so for a politician like Buhari who has had three previous attempts at the top job, such that Nigerians were quite eager to see his arsenal of ideas and programmes all these waiting years. Nigerians, not the most patient of citizens, pressed Buhari to “hit the ground running”. Indeed if there was any government that had every need to hit the ground running it was this one that appeared to have been straining at the leash for so long, presumably waiting to be unleashed on Nigerians! The government hit the ground all right, but did not gallop away like a white stallion; rather it thudded onto the floor like Humpty-Dumpty. The first sign of laise affaire was the surprisingly long time it took to announce new ministers. And when the list was eventually sent to the Senate for screening, it was the same old story of prospective ministers without any indication of their prospective portfolios, just as it had been since Shagari’s Second Republic. In an exercise where it was so very easy to demonstrate Change, the new administration followed the old predictable route. As a result, the Senate screening lacked rigour and due diligence. The questions were specious and perfunctory; it was difficult to ask cognate questions when senators had no idea what portfolio the nominee would get. Thus the administration missed the first and simplest opportunity to demonstrate that there was a new kid on the block with a new ball game; or as Femi Adesina would put it, a new Sheriff in town.

In the coming days, there will be ample opportunity for experts and analysts, mad men and specialists to x-ray the first one year of the Buhari administration. So let me turn to something prospective. In my experience, running a new government is like shooting a movie. An unexpected, unscripted occurrence can change the entire merit of the story. Imagine a director is shooting a mundane traffic jam and suddenly a reckless, impatient driver careens out of nowhere and slams into the “go slow” causing a 20-car pile-up! No scriptwriter could have asked for a better divine intervention that in one instant captures the nightmare of a day in traffic jam.

The same goes for governments. When John F Kennedy took office in January 1960, he had no inkling that Russia’s Nikita Khrushchev was plotting to test the resolve of the United States with the Cuban missile crisis of October 1962. And when Kennedy responded with an iron resolve that had the world teetering on the precipice of a nuclear holocaust, his reputation as a strong president and leader of the free world was double-decked and triple-locked. But for his cruel assassination the following year, JFK who had been elected in 1959 with a wafer thin majority, would have recorded an almighty landslide.

Similarly, when Margaret Thatcher was elected British Prime Minister in 1979, she did not expect that General Galtieri and his military junta in Argentina were going to invade British Falklands. And when they did in April 1982, Thatcher robustly responded by dispatching an armada of the Royal Navy all the way from the UK to recapture the island. This launched her reputation as the Iron Lady who went on to win two more general election.

These are only two of many political leaders who turned an unexpected critical challenge into an opportunity to achieve something great and historic. They were confronted by grave and unscripted situations and they turned them to their and their nation’s advantage and became legends in their own lifetime. President Roosevelt did it with the US economy when he faced the Great Depression on assuming office in 1933 with 13 million unemployed Americans. He responded with the New Deal that turned the economy around in short order and he was the only US president to serve more than two terms.

For Buhari, therefore, history beckons. With the dismal economic situation that has become his lot, he can turn the rocks on his path into stepping stones to great achievements. 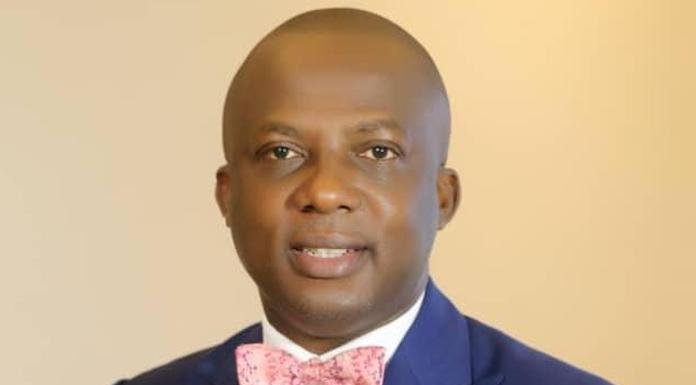