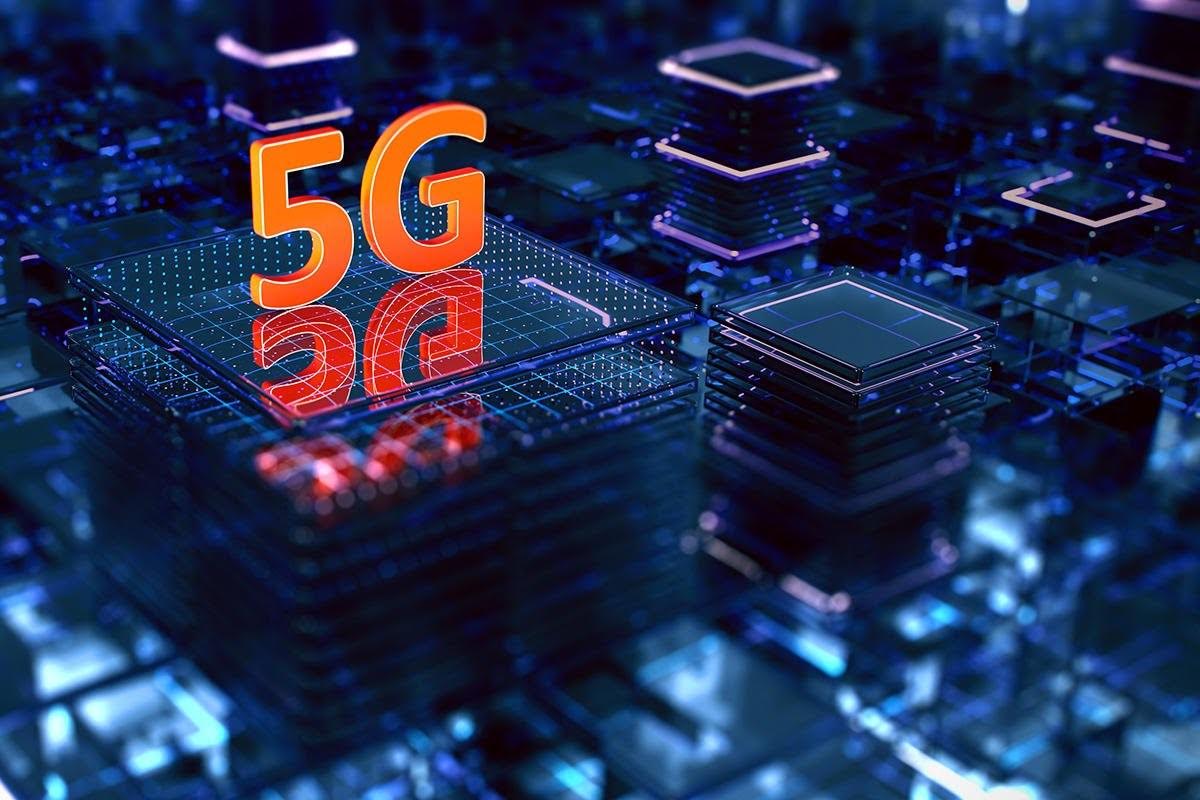 5G technology, also known as the fifth generation technology, is expected to bring a lot of benefits and opportunities that will engender accelerated growth and smart living in the country, when fully deployed. The technology is also expected to bring substantial network improvements, including higher connection speed, mobility and capacity, as well as low-latency capabilities. 5G is projected to contribute $2.2 trillion to the global economy by 2034, according to a 2020 GSMA Intelligence report, titled: “The Mobile Economy.”

In order to harness all the benefits of 5G, NCC, as the telecom industry regulator, needed to release the scarce spectrum that will enable operators rollout 5G across the country.

In May this year, the management of NCC, led by its Executive Vice Chairman, Prof. Umar Garba Danbatta, confirmed the issuance of 5G licence, after payments were made by the operators.

Following the successful auction of the 5G spectrum in December last year, and the successful commercial rollout of 5G network this year, by MTN Nigeria, NCC decided to auction additional two lots in the 3.5GHz spectrum, to further drive broadband penetration and 5G rollout in Nigeria. NCC has fixed December 19, 2022 for the next round of auction and has released the final Information Memorandum (IM) that will guide second auction process.

To further drive its intention to auction the additional two lots in the 3.5GHZ spectrum for 5G rollout, NCC, last week, held a stakeholders’ consultative forum in Lagos, where it presented the draft Information Memorandum (IM) about the auction, to stakeholders, for their inputs.

Addressing the stakeholders in his opening remarks, the Executive Vice Chairman of NCC, Prof. Umar Garba Danbatta, said: “As a world class communications regulatory agency, we believe that our actions must be guided by decisions that take into cognisance the input from stakeholders in the industry. Therefore, we seek your active participation in these deliberations towards the licensing of the available two lots in the 3.5GHz mid band spectrum for the rollout of 5G services in Nigeria. Arising from the significant increase in broadband penetration in Nigeria, it has become vital for us to move to the next phase of global development of the sector, given the opportunities that abound for all stakeholders in the industry and the economy at large.”

Danbatta further said: “Therefore, in line with our Strategic Vision Plan 2021-2025, which among other things, seeks to promote fair competition, inclusive growth, increased investment and innovative services, and also facilitate strategic collaboration and partnership, we intend to further deepen broadband penetration and encourage fair competition in the rollout of 5G services in Nigeria by auctioning the available lots in the 3.5GHz spectrum band.”

According to him, the mandate of the Commission is to facilitate investment while also providing a platform for entry into the Nigerian market for the provision and supply of communications services, equipment and facilities, and promotion of fair competition in the communications industry.

“Following the successful auction of the initial two lots in December 2021, the Commission has received requests to administratively licence the available lots at the previous auction fee. However, the Commission, in line with its powers under the Nigerian Communications Act 2003, has decided to licence the available lots in the 3.5GHz band through the auction method, which is a transparent and efficient approach that can open up opportunities for new entrants as well as deepen competition in the industry,” Danbatta further said.

During the presentation of the draft IM by the Head, Spectrum Administration Department at NCC, Abraham Oshadami, he announced the reserve bid price for the auction as contained in the draft IM, which NCC pegged at $273.6 million, high above the $194.7 million reserve bid price for the same spectrum band that was auctioned in 2021, a development that elicited reactions from operators who kicked against the hike.

According to Oshadami interested operators are to make a non-refundable Initial Bid Deposit (IBD) of 10 per cent of the reserve bid price.

In its submission at the stakeholders’ forum, Airtel, which took part in last year’s bid, but withdrew at the eleventh round, when the bidding process was at its peak, told the NCC to consider its participation in last year’s bidding process and grant it the administrative privilege to buy one of the lots at the reserve bid price, without bidding with other operators.

MTN, which is also interested in the next 3.5GHz spectrum auction, told NCC that it would be unfair if MTN was not allowed to bid for the next auction, having paid premium to attain the 3.5GHz lot it currently has.

MTN, Mafab and Airtel, had last year, participated in the auction of the initial two lots in the 3.5GHz spectrum, and all three commenced bidding from a reserve bid price of $194.7 million, fixed by NCC, until they reached a winning bid price of $273.6 million.

Responding to stakeholders’ reactions, the Executive Commissioner, Technical Services at NCC, Mr. Ubale Maska, said the hike in the reserve bid price was justified, because spectrum licence has appreciated after it was auctioned last year. According to him, the market price for the lot on offer has been determined by the last auction. He also said it would only be fair to all operators, if Airtel would participate afresh in the next auction.

He said the Commission would look into the case of MTN that is requesting to participate in the second auction, after participating and winning in the initial auction that was carried out last year. He said NCC would revisit the request and take a decision that would be of best interest to all operators and industry stakeholders. He assured all stakeholders that their requests and concerns would be addressed in the final IM that has just been released by the NCC.

Desire for Another 5G Spectrum

Disregarding the perceived fears envisaged by the telecoms industry regulator and the industry stakeholders that MTN Nigeria may dominate the 5G space and create market monopoly for itself, if allowed to participate in the next 3.5GHz spectrum auction that is coming up on December 19, 2022, the telecom operator has said it will participate to clinch another 3.5GHz spectrum licence that will to enable it expand its operations and 5G network rollout.

Speaking at a stakeholders’ forum, the General Manager, Regulatory Affairs and Corporate Relations at MTN, Mr. Ikenna Ikeme, cited section 5.30 of the draft Information Memorandum, which discussed spectrum cap, and noted with concern, the provision of the draft IM which provides that: “the Commission places a cap of 100MHz as the maximum amount of spectrum that a licensee can acquire in the 3.5GHz band.”

MTN is of the view that if allowed to participate in the December 3.5GHz auction, it will further engender a more robust and highly competitive spectrum auction process.

MTN therefore recommended that successful bidders in the prior auctions of spectrum in the 3.5GHz or indeed any other spectrum band, be allowed to participate in other spectrum auction in the country, in order to ensure that all spectrum are assigned and used efficiently.

Following the inputs from industry stakeholders for the planned auction of additional two lots in the 3.5GHz spectrum for 5G rollout, NCC, has released the final Information Memorandum (IM) that will guide the auction process. The Commission requests all stakeholders to access the final IM for study and review.

According to the IM, which THISDAY obtained from NCC’s website, the Commission would be offering the remaining lots of 2 x 100MHz TDD in the 3.5GHz Spectrum band to support the roll-out of 5G services in Nigeria.

Giving the step-by-step stages of the auction, the IM explained that the next step for applicants, in accordance with the full instructions laid out within the IM, was to submit a completed application, including appropriate template documentation and confirmation of transfer of the Intention-to-Bid Deposit (IBD), by 17.00 hours West African Time (WAT) on December 5, 2022.

According to the released IM, the Auction will be an Ascending Clock Auction with exit bids as described in Section 5.11 of the Information Memorandum. On completion of the auction, successful bidders will be deemed to have been awarded a provisional licence and will be required to pay the balance (winning bid amount less the IBD) of the spectrum licence fees due to the Commission on or before 20 January 2023. The IM further explained that failure to pay within the stipulated date, the award would automatically lapse and Initial Bid Deposit forfeited.

The successful bidder(s) at the auction will be issued a ten year national spectrum licence that will authorise the licensee to make use of the designated part of the electromagnetic spectrum for the purpose of providing broadband services.

For the rollout plans, the IM stated that the launch of commercial services shall be not later than 12 months after the effective date of the licence. The winners are expected to roll out 5G services in the first two years, starting from the effective date of the licence, in at least two states in each geo-political zone of the country: South-West (SW), South-South (SS), South-East (SE), North-Central (NC) including FCT, North-West (NW) and North-East (NE). Within three to five years, they are expected to roll out in additional six states other than those of the first two years, across the six geo-political zones. Within six to 10 years, operators are encouraged to roll out across all other states, with a minimum of five sites in each state and at a minimum speed of 100 Mbps downlink (DL) measured using the applicable test tools.