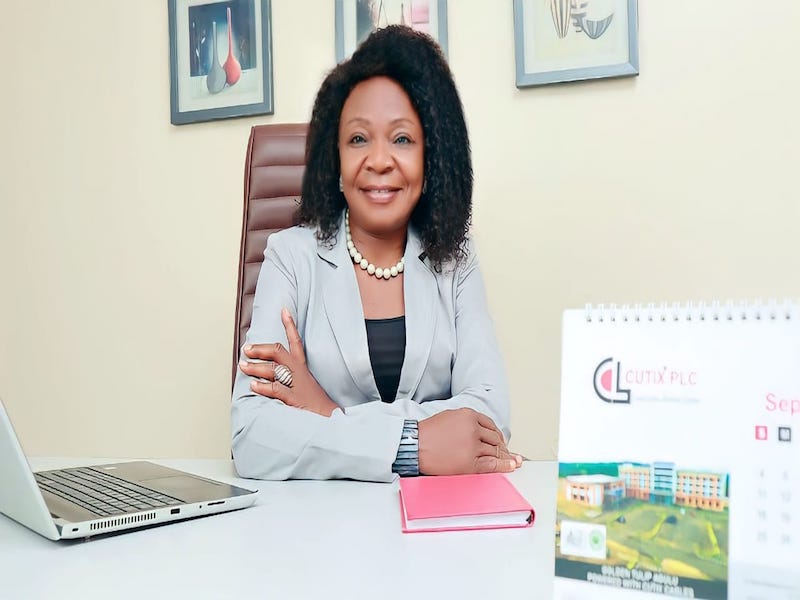 The story of Cutix Plc, an indigenous cable manufacturing company, which grew from scratch to a commanding height of corporate performance in 2022, is a confirmation that with a good focus and the right leadership, companies can reach the top of the ladder through organic growth, writes Festus Akanbi

Due to a combination of some flawed narratives about the lack of indigenous capacity to drive successful businesses, and the undeniable paucity of financial resources to build manufacturing businesses in the size of conglomerates in Nigeria, many of the surviving organisations in the country today cannot tell their stories without a chapter in mergers and acquisitions.

The business combination as an option does not only offer easy funding to run the business, but it also opens the gate to imported technologies and ideas from foreign partners.

However, examples abound that once there is a conflict among partners, such organisations are not only stripped of expatriate input but in some cases, they are also exposed to financial vultures who gather to preside over the ‘funeral’ of such companies. In Nigeria, the list of companies that shut down immediately after the exit of their foreign partners is endless.

This is why the story of Cutix Plc, an indigenous firm that specialises in the manufacture of a wide range of electrical wires and cables with exclusive high-quality products continues to excite investment analysts. It has carved a niche as a manufacturing company built on a solid foundation in a country where the mentality for imported goods and services is said to be killing local initiatives day by day.

Beginning with the dream of a home-grown company in 1981, Cutix today stands tall as one of the few solid enterprises that have survived the wide swings of the oil market cycle through the times and are still making greater promises for the future.

The claim that the company has followed a natural process of stable and sustainable growth through the years to build the business from its small-scale starting level to its current operating heights is underscored by the company’s rankings in the corporate earnings ladder among Nigeria’s listed companies. Its position is progressively improved from the region of the top 90 companies by assets to the regions of the top 75 organisations by revenue and the top 55 by profit. It belongs to the range of the top 60 companies by the number of employees and among the top 55 by annual tax payment. Analysts said the fact that Cutix Plc’s market value stood in the region of N8.6 billion at the close of the 2022 financial year further attests to this sterling performance.

As the company savours the fulfilment of the commanding heights it has attained, investment analysts said kudos should go to Engineer Obiajulu Gilbert Uzodike, the man who conceived, nurtured and developed the concept that gave birth to Cutix Plc.

Unlike many indigenous companies that had been swept away by the volatility in the nation’s economy, Uzodike’s dream of an indigenous cable manufacturing company has not only become a reality, but it has continued to provide the template for running a successful business in a challenged jurisdiction like Nigeria.

The success story of Cutix lies in Uzodike’s founding philosophy and vision. Uzodike set out to run an enterprise for collective wealth building, add positive values to people, organisations and communities and place them better than he met them.

His vision is driven by some core values that define the corporate charter through which Cutix became a corporate success. These include exploiting emerging technologies and capabilities in product improvements and diversification; using mainly Nigerian manpower resources and local value-added materials and technology; relying on internally generated funds to drive growth and delivering fair returns to all stakeholders in the business.

The Making of Market Leader

Today, Cutix has emerged as the most integrated cable manufacturer in Nigeria with its products marketed through a network of distributors in major business centres in the country.

Apparently taking advantage of the burgeoning population and the attendant rise in demand for cable products, Cutix which has a 6,000 square metre state-of-the-art production complex located in Otolo, Nnewi, has registered its presence across key commercial centres in Nigeria. These include Aba, Abuja, Enugu, Lagos, Obosi, Port Harcourt and Uyo.

It was in 1981 when Engr. Uzodike, tired of serving as a distributor of aircraft & military wares and accessories for a California-based Raychem Corporation decided to set up an indigenous firm to manufacture electrical cables and switchgear assemblies. His venture capital and management firm, Adtec Ltd, started the two projects as separate divisions in 1982.

Uzodike was able to convince his friend, Ambassador Okwudili Nwosu, the incumbent Chairman of the company who was then working with Benue Cement Company Plc (BCC) as a senior management executive to join him at the early stage of the company.

Later in the year, on November 4, 1982, Cutix Plc was incorporated as a private limited company to manufacture electrical cables and wires. It took over the cable division of Adtec Limited and ran on the seed capital of the founder, supported by a bank loan until 1983 when the company organised a private placement.

With the initial capital of N400,000 pooled together by 18 pioneer shareholders, the company went for an initial public offer in 1986 where N1,664,000 was raised through the capital market.

The company became Cutix Plc with its shares listed on the Second-Tier Securities  Market of the Nigerian  Exchange Limited on August 12, 1987, but migrated to the First-Tier of the equities market in 2008 when its shareholders’ figure rose to 8,495 as of April 30, 2022.

The stock market continues to reflect the company’s value creation by way of share price advances and active trading on the exchange. The company’s stock opened the 2021 fiscal year’s trading in January at N2.30 and closed the year in December at N2.64.

Continuous capacity expansion and upgrades have marked the company’s business since it began production with one extrusion line in 1984. It added a second line in 1985, giving it the capacity to produce various cable and wire products. By 1986, production capacity expanded with the addition of several wire processing lines that enabled the attainment of integration on par with leading cable makers in Nigeria and anywhere in the world.

A milestone was attained in 1992 when the company became the first cable manufacturer in Nigeria to acquire a plastic compounding line.

The turn of the century was a period of rapid expansion of capacity and product lines. By 2007, Cutix had installed and commissioned some production machines, which include LBTS, F13, F-Shaw, Armouring Line and Cabling Machine, among others.

The company generated sales revenue of roughly N7.9 billion in the 2022 financial year with N5.1 billion of assets.

Sales revenue grew by 16.6 per cent in the year from N6.7 per cent growth in assets, which reveals the unique corporate governance model the company has followed through the years to attain its high asset productivity records.

The company’s revenue comes mostly from house wiring cables, which contributed N5.7 billion or 73 per cent of its sales revenue at the end of the 2022 financial year. Cables produced by Cutix rank among the best in the Nigerian market and beyond.

The company’s product portfolio continues to penetrate new sectors of the industrial goods value chain, including a range of flexible cables for household electrical appliances and wiring fixtures and fittings.

Cutix also makes huge revenue through the production of armoured and non-armoured cables, which accounted for over N2 billion or 26 per cent of the year’s sales. More so, through its subsidiary company, Adswitch Plc – of which it has purchased its majority stakes – it further produces electricity distribution boards, feeder pillars and switch panels. Other products are distribution boxes, fuse bases, busbar chambers and change-over switches.

Moderated increases in selling/distribution and administrative expenses raised the margin of growth in operating profit to 25.8 per cent to close the year at N1.29 billion. Further down the line, an improvement in other income and moderated increase in finance expenses stretched pre-tax profit growth to 28.7 per cent in the year to close at N1.16 billion.

The company has demonstrated its commitment to the local value-added operating model by having all its machines and equipment installed and commissioned by in-house engineers, who are 100 per cent Nigerians. It also incorporated as many locally fabricated parts as possible without compromising standard quality and efficiency.

Imported machinery and equipment were deployed to take advantage of forward and backward integration guided by management’s strategy of maximising local value-added.

It is no wonder that the Managing Director and Chief Executive Officer of the company, Mrs. Ijeoma Oduonye told stockbrokers recently that over the years, “Cutix has proven to be the best-kept secret stock of the Nigerian stock market and a must-have in every investment portfolio because of its remarkable performance and returns to its shareholders over the years.”

She added that in the last 35 years, the company has been able to make returns on investment of 185,000 per cent compared to the Nigerian All- share index of 22,870 per cent.