The Potential of Unexplored Tourism Sites in W’Africa 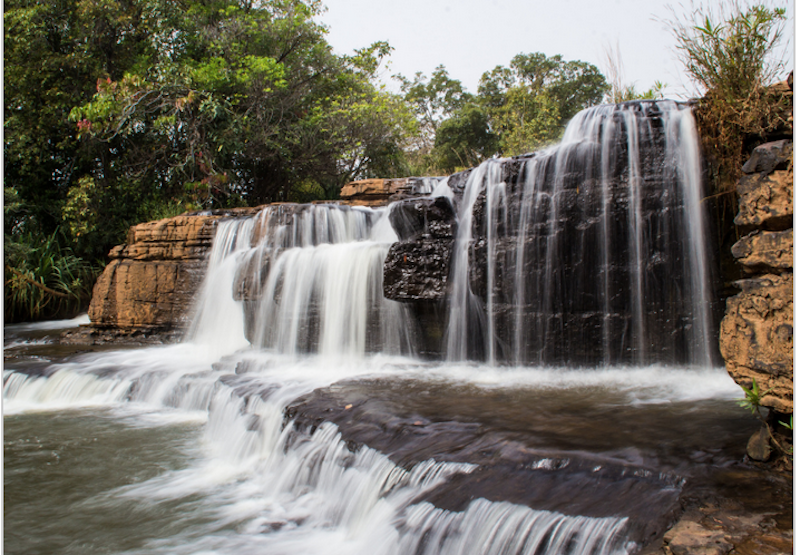 Besides generating huge resources for any country, another big thing that tourism does for nations is creating huge jobs and giving the youths something to engage in and earn good revenue.

Tourism is also a repository of culture and tradition bequeathed from generation to generation before being committed into writing and films, like the griots of the Gambia. These are the poets, singers and historians of the Mandika people, whose panegyrics swayed the kings.  They’re inheritors of a tradition which has run in their family for centuries, and the knowledge of this instills in them a humbleness and a sense of responsibility.

There is much more that needs to be learnt about the Benin scupture beyond the invation of the British when economic realities of that time moved them from their horrible slave trade to oil marhants and colonisers. Scholars argue that Benin work had lasted for centuries and passed too many phases before the invaders struck. Scholars recalled that many pieces were commissioned specifically for the ancestral altars of past Obas and Queen Mothers. They were also used in other rituals to honour the ancestors and to validate the accession of a new Oba.

During the invasion, the 3,000-plus items that make up the Benin Bronzes include statues and plaques that decorated the palace of the Oba, the king of Benin, and are representations of kings and queen mothers of the Edo people (the people of Benin) and a historical record of the kingdom

Benin sculptors made heads of former kings and queens, which were used in elaborate rituals. These heads were displayed on altars to honor the ancestors of the Oba, who, like the Ife kings, were believed to be gods. Some of the heads have a circular space on top in which elaborately carved ivory tusks were placed.

These and many more were highlihted by the tourism stakeholders who attended the 18th edition of the recently held Akwaaba African Travel Market in Lagos. These include Faith Wathome of Kenya the Orhaniser of Akwaaba, IkechiUko, the Minister of Sierra Leone Tourism, Dr. Memunatu Pratt, IdilSatguner of Tarquaz Heallth Turkiye and NuraKangiwa, the Director General of the National Institute for Hospitality and Tourism (NIHOTOR) at the Wave Beach to make the 18thAkwaaba.

Pratt attributed to Africa having too many unexplored but high potential tourist destination to poor marketing.

“One of the things we are not good at is marketing. Our marketing of our natural resources, our natural site, and natural product has not been much. Our marketing has just been towards maybe the domestic and then maybe consumer and trade related.  But we have not been able to market West Africa as to choose, wherein people would be able to know what is there. We know the tour operators are doing well, but I think an integrated approach will make a lot of difference. Today people are talking about an ECOWAS visa wherein, if you have an ECOWAS tourist visa, maybe these are some of the things, for three months, you issue that one and if somebody comes to Nigeria, they can go to Accra, they can go to Lome. I mean, we have to think in an integrated fashion. So marketing is one, but then also trying to put together the facilities and opportunities that are available.

And then it also has to do with a lot of airline arrangements. So if somebody comes with, uh, with an ECOWAS visa, maybe there are some discounts. And what is important around this is that it drives businesses. You see people coming to do hotels, coming to expand entertainment facility, sponsoring local artists, sponsoring film industry. It all drives the process of development of the economy. So marketing, marketing, I should say, should be strategic and should have an integrated fashion.  But unfortunately, all of us are not on the same level in our different countries in West Africa.  But, I think it maybe like this, we start the call and then the advocacy and we try to conscientise and we try to provide the kind of ownership that is required and get people to understand that this is the way to go, by the level of government and the level of civil society in the media, and then also the private sector. I think that should be a good way to go. So we leave the champions to be able to do this,” she said.

Faith from Kenya also noted that Nigeria is the heartbeat of West Africa and Africa at large. “So what this means to us is that it calls for a very strong relationship in terms of building the roots that we have together. It also calls in terms of popularizing tourism and hospitality, and then really trying to see how we can get the people together. Because the most beautiful thing which tourism can do to you is to ensure that it increases the cultural relationship. It increases the partnerships, it increases the love, the patriotism amongst nation, and we celebrate this. There is so much in common that we need to celebrate. But once you put tourism at the heart of this, then of course it changes the whole scenario. But what we have been doing over the years, especially in West Africa, is that from my own knowledge, we have not been doing as much. So we thank Akwaaba for trying to put some of us to this, to this big grouping, he said.