CJN: Judiciary Yet to Be Truly Independent, Administers Oath of Office on 62 Fresh SANs 1 hour ago 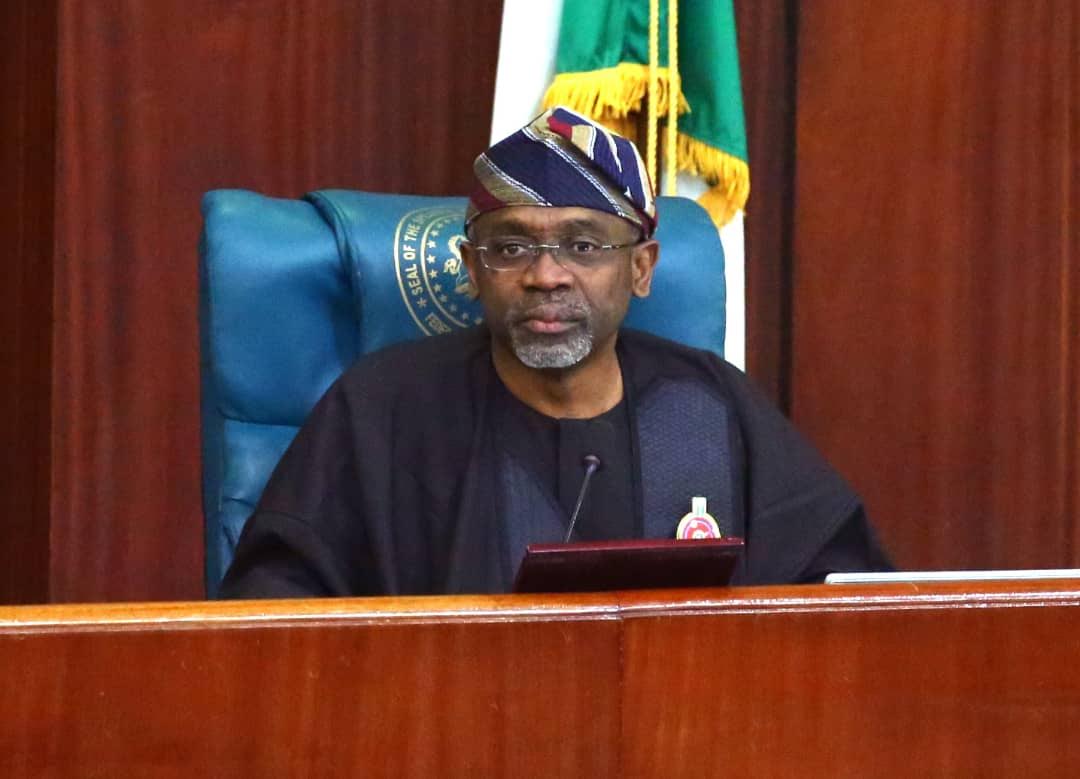 The institutional identity of Nigeria’s national assembly is on the decline. This is exemplified by the recent decision by the country’s business community to go to court against claims of legislative abuses. Chineme Okafor in the context of this and some others, writes, questioning what the parliament is really about

Nigeria chose to go with presidential democracy when it returned to civil governance in 1999. With this, it has a clear separation of power in practice between the executive, legislature and judiciary; each arm expected to preserve their institutional identity.

For the legislature which chiefly makes laws, represent people, and oversight other arms especially the executive, its institutional identity would always revolve around devotion to the country and its wellbeing. Nigeria’s national assembly has hardly done these, especially lately with the 9th assembly.

As it were, the assembly has turned committee summons and hearings which are most commonly held to consider pending legislation, investigate issues that may require future legislation, as well as probe and oversee federal programs for which they had deliberated on and approved budgets, into witticism.

Summons and hearings reflect the most important issues of the day and what should occupy legislative agenda and attention. They should equally involve honest and thoroughly done investigations not only to help legislators make better policy decisions, but also to self-regulate their actions in line with national wellbeing.

At the centre of investigatory summons and hearings should be national wellbeing, the need to always do right for the country, and never for less noble purposes, such as the blackmails of businesses, government agencies and institutions.

Throwing down the gauntlet, the OPSN decided to challenge the incessant invitations and summon of its members by the national parliament in court. It also thought to include in this legal challenge, the powers of the parliament to maliciously pry into the activities of private business concerns in the country.

For sure however, it is expected that the national parliament would and should conduct investigative hearings and summons on issues and events that threaten the national wellbeing. The parliament would for instance, never fold its arms and watch the country’s young people waste away in substance abuse with private companies and individuals involved.

“The crux of the matter is the determination of the extent of legislative investigatory powers as contained in Sections 88 and 89 of the 1999 Constitution, especially how it applies to businesses in the private sector,” they said in the statement, while noting their decision to equally challenge the grounds relied upon by the parliament’s committees to invite companies in the private sector to their investigative summons and hearings.

Is the Parliament Distracting National Wellbeing?

The OPSN also alleged that with their summons, the parliament had become a threat to businesses in the country. They highlighted that the summons had become meddlesome and pointless because according to them, it really isn’t the job of the parliament to do. This also raises questions on where the heart of the parliament is with regards to national wellbeing.

In a broader context, the claims of the OPSN also suggested that the acts of the parliament could be messing up the business environment. Before the World Bank rested its annual ‘ease of doing business’ index which Nigeria subscribed to then, and which ranked economies according to how accommodating they were to businesses, usually in regulations, protections for property rights amongst others, the country didn’t seem to be top in the positive ranking cadre. Such acts may have been contributory to the country’s poor showings then.

“We had written severally to the committees informing them that their action is not only a distraction to organised businesses but also a usurpation of the powers and responsibilities of the executive arm of government.

“Our understanding of the powers conferred on lawmakers by Sections 88 and 89 of the Constitution is for the exercise of oversight functions on public sector agencies. We, honestly, cannot find any support in the aforementioned sections for investigations of private companies,” they said in what sounded like a bitter complaint.

With a somewhat instructive tone, the OPSN further said: “In our view, the legislature cannot make law and supervise its execution. We strongly believe that the intended investigation falls within the prerogative of the executive arm of the federal government. This is based on the doctrine of separation of powers in Nigeria.

“If the National Assembly’s committees have issues with the way and manner the executive arm is carrying out its responsibilities of ensuring compliance to various laws and regulations, their focus of investigation should be directed at the relevant Ministries, Departments and Agencies of government rather than the private sector.”

They additionally explained that they, “had made several representations to the various committees and also approached the courts,” for protection, without responses from the parliament whom they also accused of disregard for court practices in similar situations.

“It would appear that the lawmakers are not adhering to this rule, even when they are parties in the matter and the case is still pending in a court of competent jurisdiction. The NASS’ committees should tarry for the court to make pronouncement rather than continue the unabated harassment of legitimate business owners.

“Businesses are already faced with myriads of challenges, and it will be counter-productive for some committees of the NASS to constrain the wheel of the most productive sector of the economy. Our expectation is that legitimate businesses should be supported by the NASS’ committees complimenting the efforts of the executive arm of government by legislating laws that will make the business environment friendlier to attract domestic and foreign investments,” they noted.

Within the context of the case raised by the OPSN, a recent ‘directive’ of the parliament to the NLNG to pay about N18 billion to 73 communities over claims of right of way (RoW) compensation, thus comes to mind and as such, questions the investigative intentions of the legislators.

At the core of the RoW compensation claims made by the 73 communities in Rivers state is the question of adherence to existing laws guiding the placing of oil pipelines in communities. Nigeria has a law – the Oil Pipeline Act – which cover license and RoW compensation. The law is administered by the government, with oil and gas companies in the country subjected to it.

In reconsideration, the NLNG, which has a reputation for respect for the law and business processes, has however been accused of failing to abide by this law. The parliament arrived at this without detailed investigations of the situation, especially with reference to relevant public agencies such as the ministry of petroleum resources which is within its investigative reach.

Yet, in defence of its reputation and processes, the NLNG like the OPSN noted that it has strictly operated its pipelines by the dictates of the extant law governing the acquisition of pipeline RoW, and that its pipeline license remains prima facie evidence that all conditions that were needed to be met for its grant, including payment of compensation to impacted parties, were met.

It explained that it followed to acquire its pipeline RoW, saying, “the acquisition of RoW by NLNG was open, transparent and participatory, in line with extant law, which led to the granting of NLNG’s Pipeline License in the first place without any objection from the communities. The process included advertisements calling for objections against grant of the licence, followed by duly advertised public hearings that were held for the purpose of hearing such objections.”

“NLNG’s pipeline license was for an initial period of 20 years from when it was granted in 1997 and then renewed in 2017 for 15 years after another duly advertised renewal process in which there was no objection from any quarter,” it added, noting that any further compensation payment would amount to double compensation, an unlawful act, and further exposure to unmerited future claims.

It further stated that it, “maintains an excellent relationship with its over 100 host communities that are satisfied with the payments made over its pipeline Right of Way (RoW) acquisition,” thus throwing down the gauntlet on the parliament to be honest with its summons, hearings and directives.

NLNG said that it recognised the cultural attachment Nigeria has on land, and thus made further provisions in this regard to accommodate communities into its operations by awarding RoW surveillance and maintenance contracts to the land-owning families.

“NLNG has consistently recognised the people’s cultural attachment to land and has therefore adopted a systematic approach in its pipeline communities to promote a sense of ownership. There is no legal requirement for operators to enter into MoU with host communities, NLNG has however without any prompting, entered into GMoUs with its host communities to enable them take better ownership and responsibility over their development under NLNG funding,” it added.

In the context of the claims by the 73 communities, the question really to ask is and which should command the attention of the parliament is, how did the NLNG which was incorporated 33 years ago, and has been operating and delivering returns to its shareholders including the Nigerian state, its biggest shareholder with 49 per cent, escaped paying RoW compensation to 73 communities? Could this have happened for that long without the 73 communities going up in arms?