THE GOOD NEWS FROM EHINGBETI 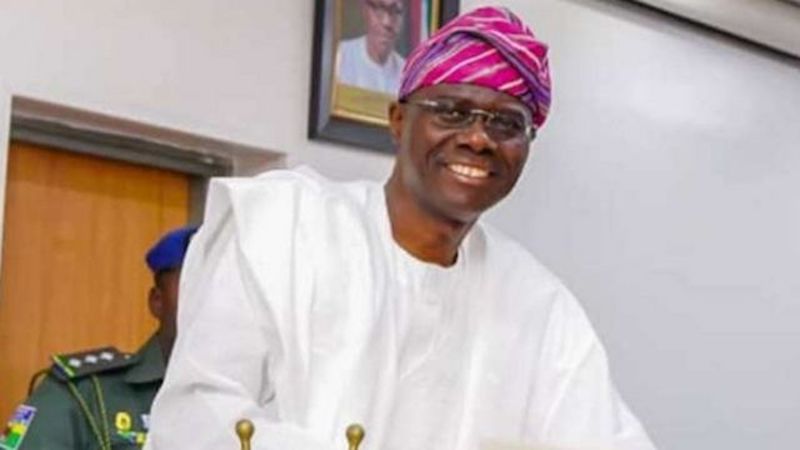 Lagos State Governor, Babajide Sanwo-Olu, is not playing. Each week, the Lagos State government makes the news, often highlighting why it is termed the ‘Centre of Excellence.’ But at Lagos Economic Summit, Ehingbeti 2022, the business of growing the state got a huge boost.

It was there Lagos got approvals from the federal government to build a brand new airport in the Lekki-Epe area as well as a brand new deep seaport at Badagry. Talk about expanding ‘small’ Lagos.

Speaking at the Eko Hotel and Suites, Victoria Island venue of the event, Minister of Aviation, Senator Hadi Sirika, said a new airport in Lagos was necessary given that Murtala Muhammed Airport is congested and now ‘far.’

“Of course, you will agree with me that the Murtala Muhammed is too congested and far away from the centre of action at the moment because it is a new Lagos,” Sirika said.

“Because there is Eko Atlantic, the Lekki Bridge. Lagos needs this airport and we are more than happy to have it.”

With the way the Lekki-Epe axis has boomed with commercial and residential developments aggressively springing up, an airport measuring 3, 500 hectares in that axis, has become a good idea. Something Governor Sanwo-Olu agreed with it, especially as it concerns transportation welfare of Lagosians.

“For us, it is all about partnerships with federal government and the ministry of aviation, but the real beneficiaries are the citizens, the businesses we are trying to activate more,” Sanwo-Olu said at the event.

“Government to government and business to business. That is how you develop economies like this. Give them a platform for their business to thrive.”

I think Lagos, a cosmopolitan state of over 20 million people, has a need for just another airport. I mean, one more is not like competing with London which has six airports or New York which has three. But then again, that’s exactly the kind of cities Lagos shares similarity with.

As the ninth largest African economy, an additional airport, especially in an upscale area like Lekki, would attract patronage. Those who live or visit around that axis would appreciate the convenience of siting an airport within their vicinity.

Now, the project has been declared, I find the location of Lekki -Epe pragmatic. The coastal stretch has about two million people living and doing business there. And with the axis already hosting investments such as the Lekki Deep Seaport, Lekki Free Trade Zone, Dangote Petrochemical Plant, Pan Atlantic University and posh residences, the proposed airport would be just another sweet topping.

As Lagos continues to evolve into New Lagos along that stretch, there is need to provide appropriate infrastructure, for instance, good roads. In that regards, the state government recently completed an 18.5 kilometre section, from Epe junction to Eleko, which is phase one of the Lekki-Epe Express Way. As it is, many travellers in that axis make use of the expressway to exit Lagos into Ogun State and onwards. Consequently, airport users going to other parts of the country can shorten their commute time via same route.

But the airport was not the only good news from Ehingbeti. Lagos State also announced another approval. This time, for a $2.5bn seaport to be sited in Badagry.

Sanwo-Olu’s Chief Press Secretary, Gboyega Akosile, in a statement, said the approval, which was also given at Ehingbeti 2022, forms the legal basis for the concession of the Badagry Deep Seaport following the issuance of the Full Business Case Certificate by the Infrastructure Concession Regulatory Commission last April.

Citing the Lekki Deep seaport which is nearing completion, Sanwo-Olu expressed enthusiasm at the further opening of the state for maritime business.

“We are excited that Lagos is on the way to having another deep seaport on the Western side of the city,” he said.

“Before the end of this year, we will be commissioning the Lekki Deep Seaport on the Eastern side. What it means is that, what we have been suffering as a logistics and commerce hub of West Africa will be addressed when we increase maritime infrastructure that improves turnaround time in this sector.”

Aside being a coastal city, Badagry shares border with Benin Republic. Hence, there is a huge likelihood that it would promote international trade.

After three years in the saddle, many Lagosians now recognize Sanwo-Olu as a performer. As they say, reward for good work is more work. Hence, I am not surprised the federal government approval for the two projects.

But a note of warning. These growth opportunities also present challenges. As more people relocate to Epe and Badagry, there should be sound physical and environmental planning to prevent future disasters. Hence, the Lagos State government should aim to provide the right and appropriate layouts as well as put in place structures to monitor them.

Apart from these two upcoming mega projects, Lagos has become a perpetual work site. There is the Red (Alagbado to CMS) and Blue (Okokomaiko to CMS) lines of the Lagos Metro which would begin very soon. There is also the ambitious Fourth Mainland Bridge. Then across the state, there is one form of infrastructural developmental or the other going on. Aside from physical projects, the government is also continually equipping Lagosians with various skills.

Little wonder that Rivers State Governor, Nyesom Wike, recently, praised Sanwo-Olu and endorsed his second term when he attended as special guest of honour the 2022 National Women’s Conference organised by the Committee of Wives of Lagos State Officials (COWLSO). This is notwithstanding the fact that Wike belongs to rival political party, Peoples Democratic Party, PDP, which is fielding another candidate for Lagos State governor.

“By the grace of God, you will be a second term governor,” Wike said of Sanwo-Olu, who is going for a second term on the All Progressives Congress (APC).

“I don’t play politics of ethnicity. Even if Sanwo-Olu is in my party but is not doing well, I wouldn’t have come. I do not regret saying I am in support of you.”

Taking over from Akinwunmi Ambode on May 29, 2019, Sanwo-Olu has come to earn his epaulettes. Operating on his campaign goals, the administration he leads continues to succeed in delivering goodies of governance, wowing detractors including the opposition. His administration has flown the Lagos flag higher. It can only get better.