Atiku: I Will Show Nigerians My Health Status If Need Be 14 hours ago 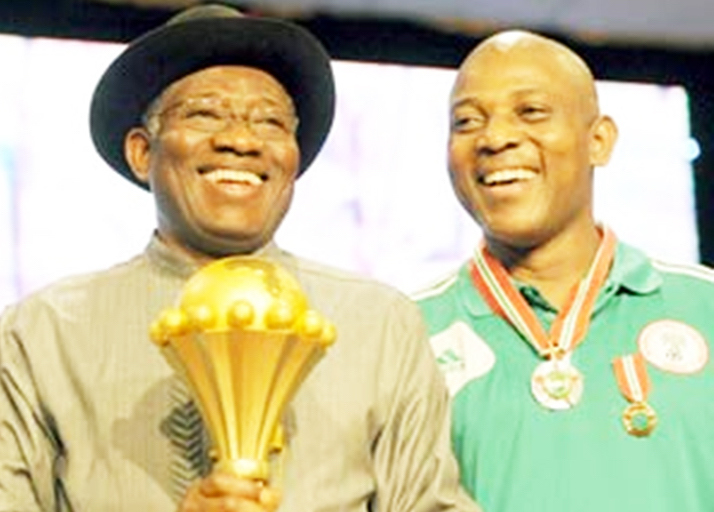 As Nigeria celebrates her 62nd independence anniversary today, Kunle Adewale chronicles the high and low moments of its sporting history years as a free country

If there is one thing that still unites Nigerians, it is sports, breaking the boundaries of ethnicity and religious inclinations. Since the country’s independence in 1960, there have been high and low moments.

Four years after independence, Nigeria launched herself into sports global stage when Nojeem Maiyegun won the bronze medal in boxing at the 1964 Olympic Games in Tokyo, Japan, thereby becoming Nigeria’s first Olympic medalist. Nigeria has since gone to put on some memorable performance at the most celebrated sporting fiesta with the quartet of Innocent Egbunike, Sunday Uti, Moses Ugbisie, and Rotimi Peters winning the bronze in the 4x400m relay event at the 1984 Los Angeles Olympic Games.

At the last Commonwealth Games in Birmingham, hurdler Tobi Amusan set a new world record in the 100m huddle running a time of 12.29 seconds.

However, one sport that has perhaps put Nigeria on the world stage more than any others is boxing.

In 2008, Samuel Peters went on to win the WBC heavyweight title after defeating Oleg Maskaev by TKO.

In table tennis, the efforts of players such as Kasali Lasisi, Atanda Musa, Yomi Bankole, are not in vain, while new breed Aruna Quadri continues to keep the flag flying. Earlier this year, Quadri became the first African player to break into world top 10.

Indoor sport was not left out where Nigeria has had breakthrough after Wellington Jighere became the first African player to be was crowned World Scrabble Champion in 2015.

The Guinness Book of Records is not short of Nigerians on its list. In 2015, Blessing Okagbare recorded her name in the famous book of records for appearing in the Diamond League for the most times – 38, competing in the 100m, 200m, and long jump events.

Nigeria has been very successful in football in the last 62 years. The Green Eagles, as the national team was then known, defeated Algeria to win the Africa Cup of Nations in 1980. It was Nigeria’s first major trophy in football.

The Super Eagles went on to win the 1994 and 2013 African titles after defeating Zambia and Burkina Faso respectively in the finals.

The Golden Eaglets put the country on the global map when it won the maiden FIFA U-16 World Championship held in China in 1985, and had gone to win the competition four more times, making Nigeria the most successful country in the competition.

Nigeria became the first African country to win the Olympic gold in the football event at the 1996 Olympics, beating Argentina 2-0.

Nigeria also recorded some successes at club level. Enyimba FC of Aba won the CAF Champions League in 2003 after the trophy eluded Nigeria for 38 years. IICC Shooting Stars and Enugu Rangers had won the Cup Winners Cup in 1976 and 1977 respectively.

The Super Falcons won the inaugural African Women Championship (AWCON) in 1998, and have gone to win the t Africa women’s tournament a record 11 times.

It’s however not all Eldorado for Nigeria’s sports as the country has witnessed many lows and indeed some ugly moments.

Nigeria soccer fans would not forget August 12, 1989, in a hurry. Super Eagles midfielder, Samuel Okwaraji slumped and died at the National Stadium, Surulere, Lagos, during a FIFA World Cup qualification match against Angola.

On October 29, 1995, Nigeria lost another talented footballer, Amir Angwe who collapsed and died at the Onikan National Stadium during the African Cup Winners semi-final match between Julius Berger and Maxaquene of Mozambique.

FIFA in 1989 banned Nigeria’s youth national teams for fielding over-age players in FIFA-organised tournaments after the birth dates of three players at the 1988 Olympics were different from the ones used by those players at previous tournaments.

The image of the country was battered at the Tokyo 2020 Olympics, after 10 of her athletes were declared ineligible by the Athletics Integrity Unit.

Days after, the country’s brightest hope in the women’s 100 metres race, Blessing Okagbare, who had qualified for the semifinals, was handed a suspension for testing positive to Human Growth Hormone substance. She was eventually handed a ban after confirmation of B sample.

When the 2022 FIFA World Cup kicks off in Qatar next month, Nigeria’s flag would not be hoisted as the Super Eagles failed to book a place in the global showpiece despite the array of talents at their disposal.

In spite of the low moments in the country’s sport, the achievements are worthy of celebrating as Nigeria marks 62 today.