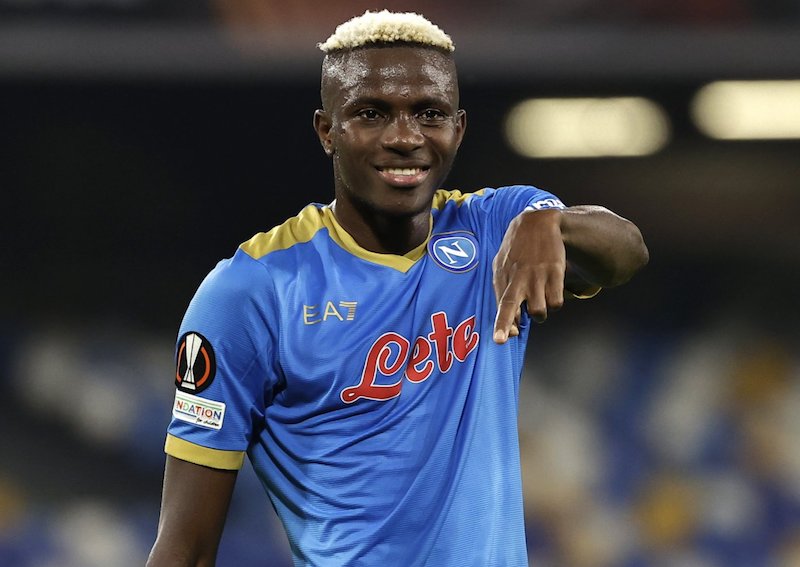 After 21 days on the side-line, Super Eagles forward, Victor Osimhen, and five other players of Napoli FC return to training yesterday morning as they continued their quest for Serie A title.

According to Italian website, TuttoNapoli.net, “first phase of activation in the gym and the team moved to field Three where they carried out ball possession work and played on a reduced pitch.

“Osimhen performed therapies and personalised in the field. Politano carried out group activation and customised part. Meret, Di Lorenzo, Raspadori, Zerbin Elmas and Kvaratskhelia have returned from their engagement with the national teams,” the site stated.

The in-form striker, was last week speculated to return to action earlier than expected as coach Luciano Spalletti is considering the player’s inclusion in the starting XI when they take on Cremonese on the 9th of October.

Osimhen was taken off in the 41st minute after he sustained a hamstring injury in Napoli’s 4-1 mauling of Liverpool on the 7th of September.

The injury effectively ruled him out of Napoli’s last three games before the international break. And he was the first causality in Coach Jose Peseiro’s high injury list that affected the team’s preparation in the matches against Algeria in Constantine and Oran.

The web reported that, the masked Super Eagles marksman could be available for Napoli’s Champions League clash against Ajax, has he could get just a few minutes.

However, he is not likely to be ready for full action when the Partenopeans travel to Cremonese on the 9th of October.

It would be an interesting game because Osimhen would be up against compatriots Cyriel Dessers, David Okereke, and Emmanuel Aiwu.

The Grigiorossi are yet to win a game this season, and Osimhen would be smacking his lips at the prospect of facing the worst defensive side in the Serie A.

Napoli are on top in the Seria A table after a massive 2-1 away win at Milan.

Goals from Matteo Politano and Giovanni Simeonne cancelled Oliver Giroud’s 59th minute goal and placed the Naples side at the top with 17 points.