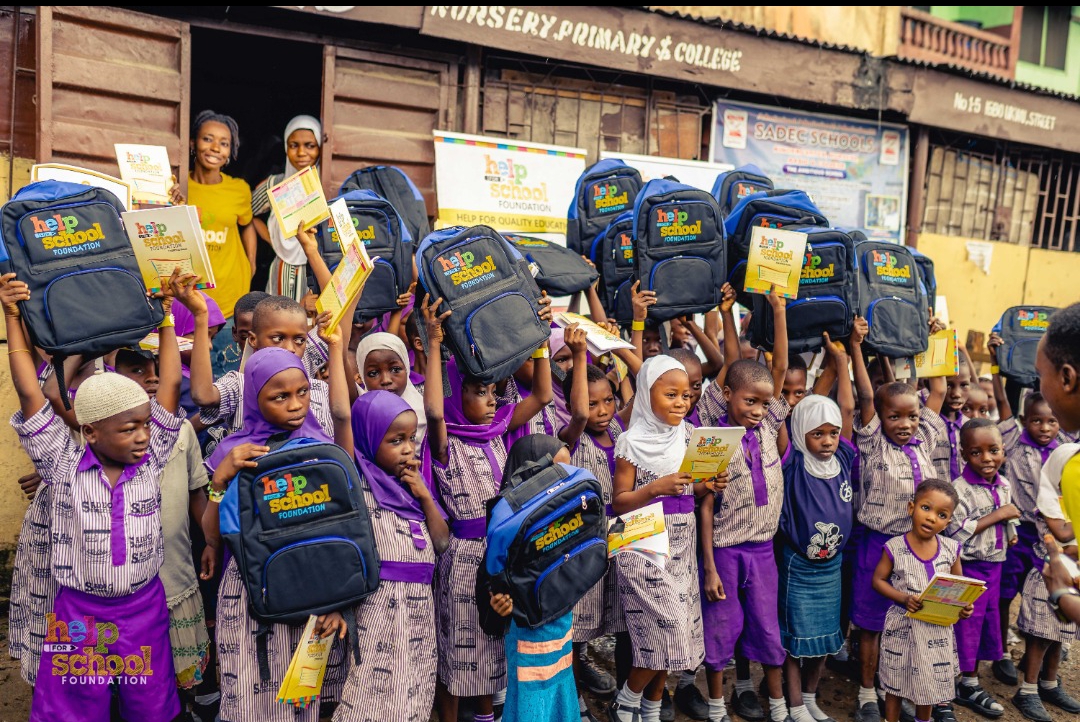 A non-governmental organisation (NGO), Help for School Foundation, has given out scholarships, school bags and exercise books to community children in Amukoko, Ajegunle, Lagos State.

The project tagged “Back to School Delight” was held recently. Speaking on the project, the Executive Director, Help for School Foundation, Bunmi Oreaje-Ogbori said: “It is one of the many ways the foundation has been making impacts in the community since its inception in 2019.

“I am so happy for the success of today’s outreach and delighted that “Back to School Delight” was able to impact 300 school children in two low cost schools, (Sadec Schools, Funmiland Nursery and Primary School) and had three more visiting schools in attendance.

“The foundation gave out 150 scholarships, school bags and exercise books to the children.

We gave priorities to orphans and vulnerable children, while the other scholarships were awarded through a fair raffle process since majority of the children actually were from similar economic backgrounds.”

Attending parents expressed their gratitude to the foundation for its good works, and how their impact has helped their children to be more focused at school and improved their economic power.

Oreaje-Ogbori, while speaking on money received from Nigerians, appreciated the organisers of “Who Deserves to be a Millionaire Show” an episode of the “Who Want To Be A Millionaire (WWTBAM) show – “BLK Hut”, for giving them the platform to receive their first major financial contribution to the work they do.

She said: “I am grateful to these two Nigerian celebrities, Chioma Omeruah popularly known as Chigul, and Ejike Ibedilo that represented our foundation on the WWTBAM show, I can acknowledge that we received the N1million  as promised by the organisers. I also appreciate the efforts of Nigerians that donated to our account after it was published on the show.”

“Back to School Delight” is the second project the foundation has embarked on since it received the donation, the first was the Children’s Day Party which hosted five low cost schools shortly after they were featured on the show.