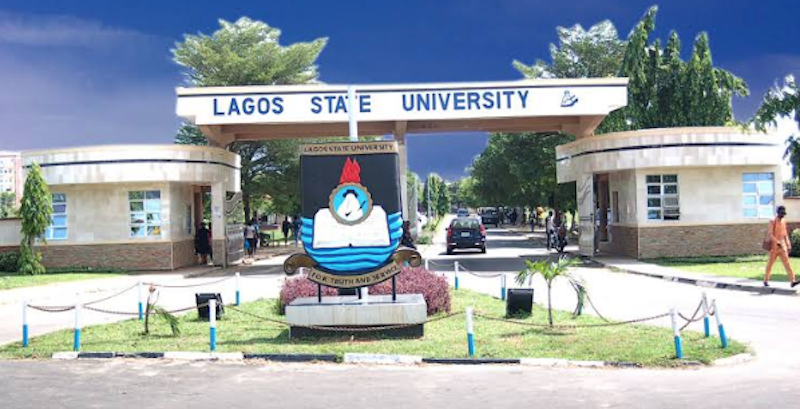 Lagos State University (LASU) yesterday awarded scholarship to 556 first class students who are on a Cumulative Grade Point Average (CPGS) of 4.5 to 5.0 in various faculties of the institution.

The guest lecturer and the British Deputy High Commissioner based in Lagos, Mr. Ben Llewellyn- Jones who spoke on, ‘The Significance of Education to the Growth of a Nation,’ expressed concern that in Nigeria and across the world globe, development was being hindered by the absence of equal opportunity for women and girls to fulfil their potential. He noted that many children, particularly girls were out-of-school.

“Sad to say, but in Nigeria, over 11 million children aged six years old and 15 years old were out-of-school in 2020, pre- pandemic. An overwhelming majority are in the north and the rates are higher among girls in rural areas, and among the poorest,” he added.

He described girls’ education as game changer, saying it was one of the smartest investments that could be made to lift people out of poverty, grow economies, save lives, and build back better from COVID-19.

“We would all agree that supporting girls’ education is fundamental to boosting Nigeria’s economy and meeting the Sustainable Development Goals (SDGs).

“It is fundamental to building the Nigerian nation, the United Kingdom and any nation for that matter,” Llewellyn- Jones stated.

The deputy high commissioner, however, stressed the need for all children to have access to education without fear, adding that children and schools should never be a target for war and conflict for kidnapping

According to him, “schools should be places of learning and laughter, not of violence and fear. Recent kidnappings have shown a lot remains to be done in Nigeria to build sustainable peace and security, make schools safe for children to learn, and for communities to be able to protect education from attack.”

Earlier in her remarks, Olatunji-Bello said the public lecture affirmed the university’s commitment to provide a platform that engenders intellectual debates and proffer workable solutions to the deplorable state of education in Nigeria bearing in mind the unique place of higher education in the development Nigeria.

“Indeed, given the dire state of higher education in the country today, no other discussion would have been more pressing. In the last seven months, most public universities have been shut following the stalemate in the negotiations between the federal government and the leadership of ASUU.

“These perennial strike actions do not augur well for our nation, and undercut the unique role of universities as incubators of innovative ideas and solutions to the society’s pressing needs.”

She expressed concern that the development would remain a pipe dream in a situation where research was being trivialised, when the synergy between the university and the industry does not receive the attention it deserves, and when there is a disconnect between the gown and the town.