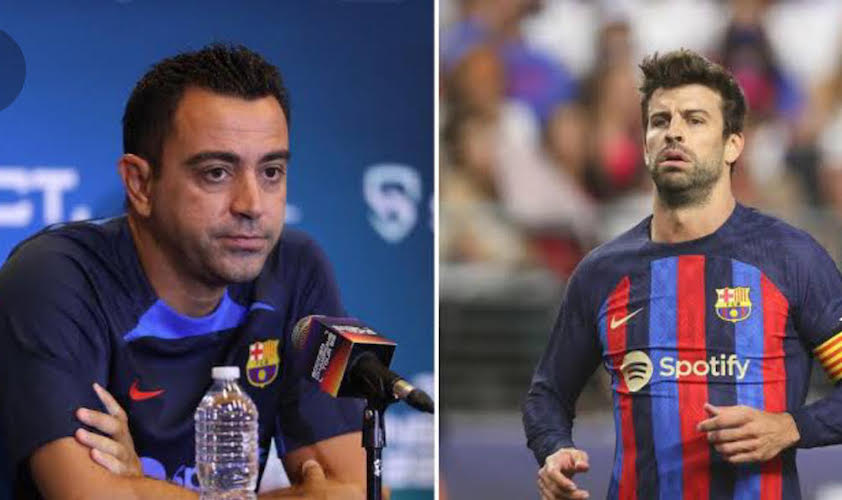 Pique has started just one of Barcelona’s eight matches this season – lining up against Cadiz in La Liga with his only other outing a Champions League substitute appearance against Viktoria Plzen.

Pique has fallen out of favour under Xavi, following the signings of Jules Kounde and Andreas Christensen.

Pique remains one of Barca’s highest earners, despite accepting multiple salary deferrals and reductions in the past few years.

The 35-year-old has two seasons remaining on his contract, which ends in 2024.

It is said by the same report that Barca are hopeful he will stick to his previous promise of agreeing to leave the club once he falls out of the starting line-up. Pique is previously quoted as saying: “I will retire at Barcelona, but never as a substitute.”

Pique said after the embarrassing 8-2 Champions League defeat against Bayern Munich in 2020: “If tomorrow (Ronald) Koeman tells me I have to go, I will leave football. I am not going to play in another team that is not Barcelona.”

Barca chiefs are now reportedly keen on him coming good on that promise, especially after what was reportedly said between Pique and boss Xavi after last week’s Champions League defeat away to Bayern Munich.