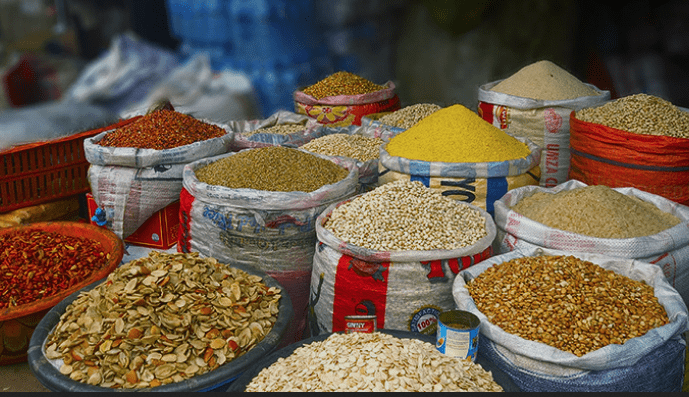 Surging inflation is forcing many Nigerians to cut spending and poses as threat to companies’ performance, writes Obinna Chima

Inflation in Nigeria has been on a steady rise since last year. Latest figures from the National Bureau of Statistics (NBS) showed that the Consumer Price Index (CPI) which measures the rate of change in prices of goods and commodities rose to 20.52 per cent year-on-year in August, compared to 17.01 per cent in the corresponding period in 2021, the National Bureau of Statistics (NBS) disclosed last week. The CPI had risen to 19.64 per cent in July 2022. The latest inflation figure was the highest inflation rate the country has recorded in 17 years.

The statistical agency stated that the 3.52 per cent rise indicated that the headline inflation rate increased in August 2022, when compared to the same month in the preceding year.

However, core inflation, which excludes the prices of volatile ag­ricultural produce stood at 17.20 per cent year on year in August, up by 3.79 per cent when compared to 13.41 per cent recorded in August 2021.

The NBS pointed out that the rise in food inflation was caused by increases in prices of bread and cereals, food product, pota­toes, yam, and other tubers, fish, meat, oil, and fat.

Also, month-on-month, food inflation stood at 1.98 per cent in August, representing 0.07 per cent decline compared to the 2.04 per cent recorded in July.

On a month-on-month basis, core inflation stood at 1.59 per cent in August, down by 0.17 per cent when compared to 1.75 per cent recorded in the preceding month.

Interestingly, at the state level, the inflation rate on a year-on-year basis was highest in Ebonyi 25.33 per cent, Rivers 23.70 per cent, Bayelsa 23.01 per cent.

Indeed, central banks the worlds over are obsessed about inflation and, therefore, devote a significant amount of resources at their disposal to fight inflation. Hence, the primary objective of monetary policy is to ensure price stability. The focus on price stability

derives from the overwhelming empirical evidence that it is only in the midst of price stability that sustainable growth can be achieved.

High inflation distorts consumer behaviour. It can also destabilise markets by creating unnecessary shortages. Similarly, high inflation, which is not the desire of any economy, leads to income redistribution and brings about weak purchasing power. Likewise, rising prices neutralise the money that one earns from investments. That is, inflation is effectively the reverse of compound interest.

That is why central banks globally, are never comfortable with a rising inflation rates usually seen by them as ‘evil.’

Also, during inflation, most prices rise, but the rate of increase of individual prices differ. For instance, prices of some goods and services rise faster than others while some may even remain unchanged. The poor and the middle classes suffer because their wages and salaries are more or less fixed but the prices of commodities continue to rise.

On the other hand, the businessmen, industrialists, traders, real estate holders, speculators and others with variable incomes gain during rising prices. The latter category of persons becomes rich at the cost of the former group. With that, there is transfer of income and wealth from the poor to the rich.

No doubt, many countries across the world are grappling with galloping inflation, driven primarily by higher food and energy prices.

In response, central banks have ratcheted up their policy interest rates to try to quell demand.

According to a report by Moody’s, one of the global rating agencies, higher inflation and interest rates tend to discourage investments and economic activity, coupled with slower real growth which would in turn weaken banks’ business generation and loan quality.

The report noted that since the outbreak of the Russian/Ukraine conflict, inflation had risen sharply in several countries globally, far exceeding most expectations.

Moody’s stated however, that interest rate increases have so far not kept pace with inflation, adding that in South Africa, Egypt, Nigeria and Morocco, real interest rates (excluding inflation) remained negative as in many parts of the world.

The report added, “Some central banks may tighten monetary policy further to keep inflation under control and to forestall local currency depreciation – particularly as interest rates in US rise, drawing capital away from riskier African economies.”

The report also predicted loan-loss provisions to rise across the board, adding that banks that lend heavily to households and small businesses would be more vulnerable to loan defaults than those that focus on large companies.

“Nigerian banks will fare better. They have wide exposure to corporates, with a significant number linked to the oil and gas sector, a beneficiary of the current crisis,” Moody’s added.

A former Deputy Governor of the CBN, Prof. Kingsley Moghalu, described the level of inflation in the country as, “very troubling,” saying it signposts much-more difficult times ahead for the country.

“I do not see an immediate prospect of a reduction in inflation. It is driven by a lot of factors – increases in the price of goods, what we call cost-push inflation. When the prices of raw materials rise and producers have to raise their prices in order to maintain some profit.

“We also have structural issues which is aided by lack of infrastructure, forex scarcity. Inflation is a phenomenon that you will expect to happen anywhere over time. But what worries economists is when the price increase are not gradual and very slow and steady. When they are spike, then it becomes a problem,” Moghalu added.

He pointed out that higher inflation was going to lead to increased poverty in the country, lead to malnutrition because many families won’t be able to afford basic meals and weakness in the GDP and GDP per capita.

“Inflation is referred to as the most regressive tax on the poor,” he added.

He said: “The solution, therefore, would have to be situated in the context of these causal factors. Rising inflationary pressure weakens purchasing power of citizens as real incomes collapse; it accentuates pressure on production costs, negatively impacts profitability and undermines investors’ confidence.

“It is not in all cases that high production and operating costs can be passed on to the consumers. The implication is that producers are also taking a hit. This is more severe where a product or service is faced with high demand elasticity. These are products that consumers can readily do without.”

Yusuf also advised the government to introduce interventions to address the challenges bedeviling the supply side of the economy.

“There is also a need to worry about the growing fiscal deficit, especially the CBN financing of the deficit. It is characterised as inflation tax by a school of thought in economic literature,” he said.

He had said at the last meeting: “MPC noted with concern the continued aggressive movement in inflation even after the rate hike in the last meeting and expressed its unrelenting resolve to restore price stability while providing the necessary support to strengthen our fragile economy.

Emefiele explained, “Essentially, with what we are doing in terms of development finance, we need to do a lot more work to rein in inflation.

“Some analysts say we should not continue to increase rates because we have increased cost of borrowing for the borrowers and that it may also weaken manufacturing output. We agree with that postulation

“The important thing is that, as long as we see inflation at the level that can retard growth, it must be dealt with while at the same time we are looking at how to use our development finance tools to continue to push towards improved output growth.

“That is what we’re doing. The MPC is very determined that if inflation continues at this rate, particularly aggressively, we will continue to tighten because that is the only thing that I can say at this time.”