CJN: Judiciary Yet to Be Truly Independent, Administers Oath of Office on 62 Fresh SANs 60 mins ago 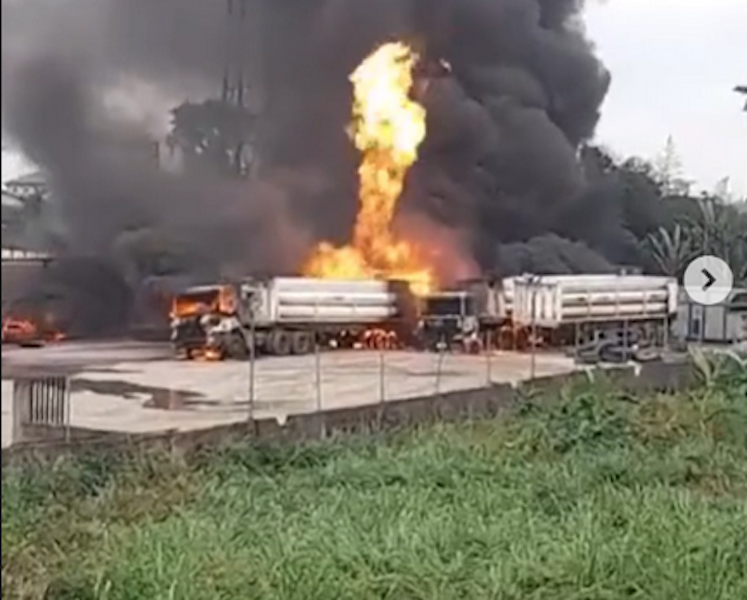 While the cause of the fire outbreak is still unknown, the Public Relations Officer, Federal Fire Service Ogun State, Ayansiji Oluwasegun, confirmed that the situation was under control.

Ayansiji added that the fire service operatives were containing the situation.

Meanwhile, the RCCG empathised with the owners of the gas plant. “The leadership of the RCCG wishes to empathise with the people involved in the unfortunate gas explosion that occurred in the early hours of Monday, August 29, 2022.

“This incident, which has been brought under control by the combined efforts of the RCCG Fire Service, Ogun State Fire and Lagos State Fire Service occurred in the gas depot not too far from the Sagamu-bound traffic between the Car Park C gate and the main gate of the Redemption City.”

As noted in the letter, the church clarified that as against the news making the round, the incident was completely outside of Redemption City.

It added: “Our fire service team only responded as part of our community service support to our neighbours within the environs.

“We thank God the incident has been put under control. We wish to inform all residents and visitors to the Redemption City that there is no scare of any sort and everyone can go about their lawful and godly activities.”