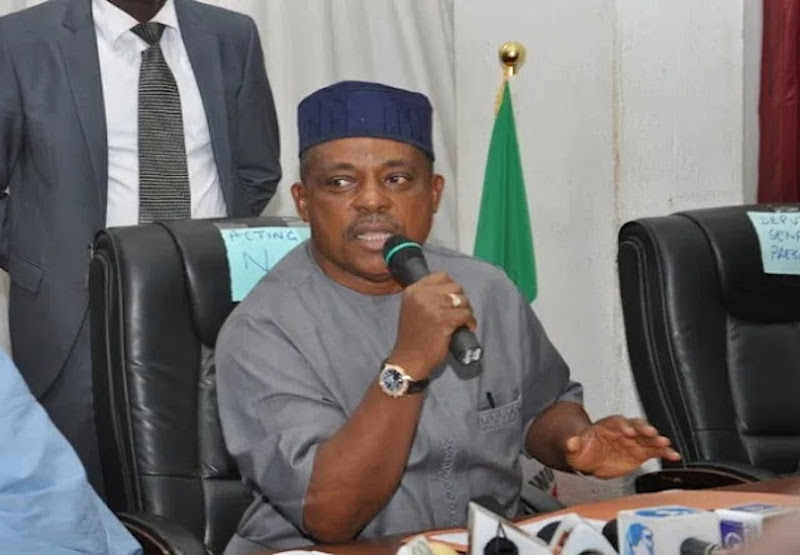 The former National Chairman of the Peoples Democratic Party (PDP), Prince Uche Secondus would definitely be laughing himself out at the fate that has befallen Rivers State Governor, Nyesom Wike. For him, it is a case of what goes around, comes around.

Since Wike failed to secure PDP’s presidential ticket and vice presidential slot, he has been on the loose, doing everything possible to undermine the party.

The Rivers governor had led the conspiracy that unseated Secondus, just the way he had helped to install him as the chairman of PDP in 2017. His calculation was that with Secondus, his kinsman from River State, and from the Southern part of the country as PDP chairman, he would not be able fulfill his ambition of getting the party’s presidential ticket. But he was wrong. Not only does God give power to whoever He desires, anybody who kills by the sword, dies by the sword.

With the way and manner he lost the party’s presidential ticket and vice presidential slot, it is obvious that nemesis caught up him. The ghost of Secondus is haunting him.

Analysts believe that if the governor had allowed Secondus to get a second term, there was no way the former PDP chairman would not have stood firmly to ensure that at least he emerged as the party’s vice presidential candidate.

Today, rather than blame himself for the humiliations he is suffering in the party, he is looking for people to hold responsible.

The governor who has not learnt his lesson, has given the same treatment to Senator Maeba, who he removed as the Chairman, Governing Council of Elechi Amadi Polytechnic, due to his closeness to Atiku.

He also removed former Governor Celestine Omehia and a former Deputy Speaker of the House of Representatives, Chief Austin Opara, as leaders of PDP in Ikwerre and Port Harcourt City LGAs respectively.

Due to the ridiculous manner the governor is handling the issue, there is a revolt in his camp with Maeba calling his bluff and describing him as disrespectful to his political seniors.