For the Record: Buhari’s Independence Day Address to the Nation (Full Speech) 11 hours ago

Buhari: We’ve Made Appreciable Progress But Not Yet at Our Destination 12 hours ago 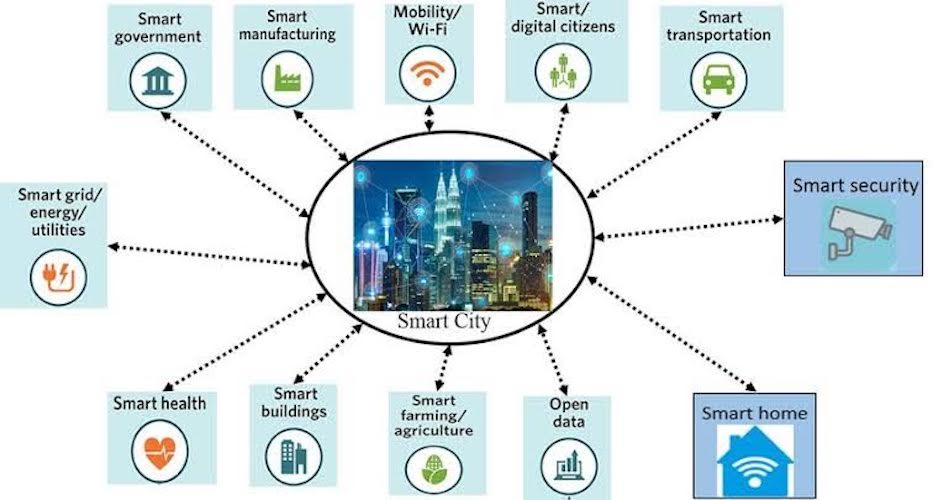 Emma Okonji examines the role of emerging technologies in attaining smart, secure and sustainable nation as projected by the Nigeria Computer Society at the 2022 NCS international conference in Abeokuta, Ogun State

Aligning itself with global trends, where nations are introducing and implementing smart technologies for sustainable national development, the Nigeria Computer Society (NCS), the umbrella body for all Information Technology (IT) professionals, has stressed the need for the development of smart, secure and sustainable Nigeria, using emerging technologies.

NCS made the call during its 2022 international conference, which held last week in Abeokuta, Ogun State, with the theme: ‘Smart, Secure and Sustainable Nation’ (S3N).

In his opening remarks, the President of NCS, Prof Adesina Sodiya, said this year’s theme was strategically chosen to discuss the opportunities and challenges in the smooth implementation of smart and intelligent systems in Nigeria.

According to Sodiya, “There is a dear need to harness the opportunities in the evolution of smart technologies for rapid transformation of nation’s economies and to address national security issues. The current security challenges in Nigeria have become the major concern of NCS.”

During the three days international conference, which attracted speakers from within and outside of Nigeria, strategic discussions on full adoption of smart systems in government, production, agriculture, business, science, economy, engineering, management and national security were held.

This year’s conference presented three engaging plenary sessions where specific topics relating to the theme of the conference, were discussed. At the end of the conference, a roadmap for the speedy implementation and adoption for sustainable national development was developed.

Chairman of the NCS international conference and Minister of Communications and Digital Economy, Dr. Isa Ibrahim Pantami, in his speech, stressed the need for ubiquitous data generation and processing that would guide government’s decision in developing a smart, secure and sustainable nation. He said four states in Nigeria, which include Lagos, Abuja and Abeokuta, were already working towards having smart cities in their states, adding that they are close to attaining the smart city status. He however said the quantity of data generated and processed in any state on a daily basis, would determine the smart city readiness of the state.

According to him, counties like Singapore, Finland, Switzerland and Japan have already attained the smart city status, with Singapore leading, because they generate and process huge quantity of data on a daily basis.

Pantami said for Nigeria as a nation to become smart, secure and sustainable, it must generate and process huge amount of data that would help government and the private sector players to make meaningful decisions that would guide policy implementation.

Speaking on the theme of this year’s’ conference: “Smart, Secure and Sustainable Nation (S3N 2022),” Pantami said the theme was apt because it would address three separate issues that align with global digital transformation.

“A smart and secure nation supports operational efficiency, saves time in accomplishing tasks, saves energy consumption and enhances business and economic growth. The International Data Corporation (IDC) had predicted that by 2025, the world would have 41.6 billion interconnected devices, and the projected 41.6 billion devices would be generating huge amount of data, a situation, which suggests that countries thriving to attain the secure and smart city status, must be ready to generate huge amount of data for processing,” Pantami said.

Declaring the conference open, the Governor of Ogun State, Prince Dapo Abiodun, who was represented by the Commissioner for Education, Science and Technology, Prof. Abayomi Arigbabu, said the state had initiated various technology projects that are driving technology innovation and digital transformation in the state.

Also speaking, the Director General, National Information Technology Development Agency, Mr. Kashifu Inuwa Abdullahi, said Nigeria must move from a consuming nation to a producing nation and that regulation of the technology sector would help to achieve it. He said data generation, processing and protection, would be necessary to attain a smart, secure and sustainable nation.

President, British Computer Society, Mr. Mayank Prakash and the President, Computer Society of Kenya, Dr. Waudo Siganga, commended NCS for the selection of appropriate theme for its international conference, which they said, would address global issues, especially in the areas of data generation and processing in addressing issues in a smart, secure and sustainable nation.

Pantami who spoke during a breakfast meeting at the just concluded NCS International Conference in Abeokuta, Ogun State, said Nigeria lost out in the first, second, and third industrial revolutions and must sit tight to ensure that the country participates fully in the 4th industrial revolution that is tilted towards soft skills.

According to him, soft skills are required for the fourth industrial revolution and NCS must begin to accept people with digital skills as their potential members, without laying so much emphasis on certificates.

“NCS must expand its scope of membership to include persons with digital skills who may not necessarily have certificates from tertiary institutions of learning,” Pantami said.

One of the past Presidents of NCS, Prof. Charles Uwadia, described the minister as a motivator of innovators and promised that NCS, as an advocacy group, would continue to adopt emerging technologies that would support technology innovation and digital transformation.

Addressing the level of development of Information and Communication Technology (ICT) in Ogun State, which played host to this year’s NCS conference, the state governor, Prince Dapo Abiodun, said the state was doing well in ICT, having digitalised learners’ certificate numbers, school curriculum in the education sector and infrastructural development in the state.

The governor, who noted the role of ICT in the changing world, said his administration had put the right mechanism and infrastructure in place, to enhance hitch-free business environment across the state.

He disclosed that the Ogun State TechHub was established to identify the best brains in ICT in the state in order to harness youths’ IT knowledge.

“We are using IT in every sector of our economy. We used IT to reach out to our children during the COVID-19 pandemic. We have used IT to put the state local fabric called ‘Adire’ on the global market; and today people can buy ‘Adire’ from anywhere in the world,” the governor said, adding that the state has also used ICT to establish virtual court sitting and e-registration in the state. We are also working towards having internet facilities in all government offices in the state, he said.

Abiodun commended the NCS for choosing Ogun State for its conference this year, and charged the computer professional group to develop programmes that would make computer knowledge accessible to all Nigerians.

Pantami who led the delegation to visit the state governor during the NCS conference, said: “I am happy because you are passionate about IT development in Nigeria. We are happy with what you have done with ICT, particularly the giant strides in the digital economy. We have been following the activities of Ogun State TechHuB, and it is commendable.”

He added, “Ogun State has so many IT professionals. Your initiatives are attracting more investors, and I hope the state will emerge as the Silicon Valley of this country in the near future.”

Chief of Defense Staff, General Lucky Irabor and Chief Naval Staff, Vice-Admiral Awwal Zubairu Gambo, who were represented at the conference, gave insights into the use of technology in addressing national security.

Speaking about the roles of the military in the face of insecurity and insurgencies, Irabor said although insurgencies such as kidnapping and banditry and activities of unknown gunmen have taken most parts of the country, they could be addressed using the right technology tools. He described such insecurity as national threats to Nigeria’s unity as a nation. He however stressed that security should be taken seriously by every Nigerian and that they should see security as everyone’s business. He listed different securities challenges to include environmental security, human security, health security, transport security, among others, which he said could be addressed through the right technology tools and collaboration. He listed some factors that could aggravate insecurity in the country to include low level per capital income, illiteracy, poor infrastructure, inadequate and inefficient public utilities, and unemployment.

He blamed the situation where most government agencies that handle national critical data, operate in silos, which he said, were avenues to weaken existing security architecture, and called for collaboration and synergy among various security agencies, in order to address insecurity. He gave a good example of collaboration within the military, where the Defense Headquarters control all the armed forces.

He said various technology solutions like the Emergency Call Centres, which exist in 17 states of the federation, should be well equipped and Nigerians properly sensitised about them, in addressing insecurity in the country, since they serve as first points of call in alerting security agents in the case of insurgency and emergency. He also talked about Geographical Information System (GIS), which he said would help people to understand their environment a lot better. He also stressed the need for the installation of close circuit television (ccTv) at strategic positions to address insecurity in the state. He talked about track and trace technology devices that could help to track criminals after they must have committed a crime.

The CEO, National Data Protection Bureau, Dr. Vincent Olatunji, who spoke about data protection in driving smart city and digital transformation, said citizen’s data could be classified as sensitive data that needs protection. He stressed the need for the inclusion of higher layer of security of data in order to protect citizen’s data. According to him, the Bureau has developed a national framework on data protection and licensed all organisations under the Data Protection Computer Organsations to help organisations process data of Nigerians.