Buhari Flags off Cash Grants to 5,000 Vulnerable Persons in Jigawa 10 mins ago

NYSC Sanctions 9, Rewards 2 as 699 Corps Members Pass out in Kogi 35 mins ago

Despite Insecurity, Customs Generates N99.7m Revenue in Katsina 60 mins ago 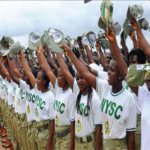 When in January 2021 Brig. Gen. Mohamed Buba Marwa (rtd), was appointed  Chairman of the National Drug Law Enforcement Agency (NDLEA), it was received with applause as many who know him as a strict disciplinarian knew quite well that the country was entering a new phase of the illicit drug crisis. Nationwide, the increase in drug abuse drove an uptick in various crimes, especially in the many urban cities.

Marwa immediately rolled up his sleeves and moved like a hurricane. A man known for many firsts, he will be on record as the first Drug Czar to embrace a multi-dimensional and holistic approach that aims to mitigate the harm done by drug use instead of the traditional just-say-no-ism of past Chief Executives. In 17 months, he led the agency to arrest nearly 18,000 drug offenders including 10 notorious barons across the country. Within the same period, over 2,369 persons were convicted and jailed while more than 11,000 drug users were counselled and treated. For this, the NDLEA boss has received a lot of commendations for his work at NDLEA. Of course, one of the approaches adopted by Marwa is the collaboration with the Nigerian movie industry in the drug war.

To Marwa, millions of young people watching Nigerian movies, even as they admire star actors, will be easily sensitised on the dangers of drug abuse through didactic stories. To achieve this, NDLEA opted for the United Nations Day Against Drug Abuse and Illicit Drug Trafficking to release engaging flicks that will aid their work. For the second year in a row, NDLEA has celebrated the UN Special Day with new movies. However, the agency took the collaboration a notch higher this year with the premiere of two great movies: ‘Trap’ produced by stylish Nollywood actress, Jumoke Odetola and ‘High Is The New Death’, produced by Sule Momodu, a staff of the agency.

At the glamorous premiere held at Silverbird Cinema Abuja on Friday, June 24 where Nigeria’s First Lady, Aisha Buhari led a long list of dignitaries to the special screening, Marwa said there were important lessons to be learnt from both movies. The NDLEA boss urged parents to watch out for changes in their children while expressing hope that the films which showcased the negative impact of the use of banned substances will see young people not picking up the drug use habit in the first place.