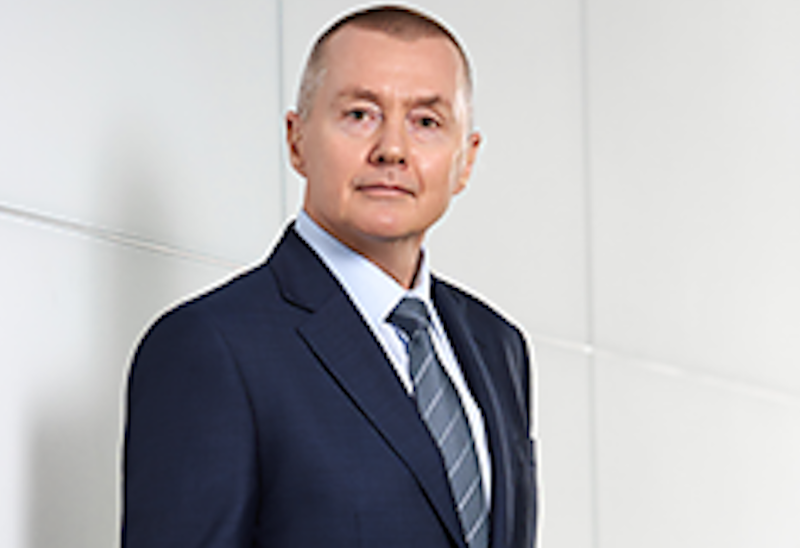 Blocked fund remains a big issue in Africa as about $1 billion is blocked by 12 African countries. What effort is IATA making to get the funds released?

Well, I think we are all the time looking to get these funds out. It does have impact on the recovery of the market.  Because airlines will be reluctant to put capacity into markets where they can’t repatriate their money. And these are factors I can speak from my past experience when we are looking at network growth or additional capacity.

What level of engagement is IATA having with some of these governments to address the issues?

It is a great, great comment; all we can do is make it clear to people that it does have consequences. The idea that an industry that was effectively heading towards bankruptcy because of closures and is still losing a huge amount of money can operate to a country and not get paid for. It is madness. It is not going to happen. If governments believe that they will continue to maintain all of these international links by carriers that can’t get their money for the work that they are doing, it is not going to happen. So you are right, not every country has responded in the same way but airlines are not rich. We don’t have a lot of cash; we are not profitable atan industry level. And anything that people do to undermine the recovery in the industry is just going to have a direct impact on the services that they are contributing.

How is government addressing the issue of exchange rates?

I will be honest, it is impossible to solve because these differences have existed forever. And they are not going to be easily aligned. So the way in which the rates are calculated is on a different basis. So I don’t honestly see a simple solution to that. It would be great if we could be aligned or more closely aligned. But you are right in some cases; the difference is significant and does have a major impact. But I don’t see a simple solution to it.

Do you think IATA can probably give a margin of error plus or minus to the central banks’ way?

Could you tell us how the skyrocketing Jet A1 is impacting on African airline and how to mitigate it?

It is a great question. There are two impacts. First is the price of the basic commodity oil Brent, the benchmark that we use, and that is being very much influenced by what is happening in Ukraine and the sanctions against Russian oil. So, that has driven the price of oil up significantly. The second aspect is what we call the crack spreads, a barrel of Brent and a barrel of jet. And that reflects the margins that the refiners make. There has been a lack of capacity in refining. Some of that is because there was very little demand for jet during the pandemic, obviously because the volume of activity had reduced. So refiners switched their attention away from jet into other products. And it is not easy for them to switch back. So you can’t just do it overnight. So we need to see a return to refining capacity, which will then narrow that margin, the crack spread again.

So, jet is $125. So we have seen Brent go from $80 per barrel to a $100 and we have seen the crack spread going from $13.6, $13, $14 to $25. So, both of these have increased, both of those have had an impact. Now, in the same period, fuel represented 27 per cent of the industry’s cost space. So if the oil price goes up the percentage of cost represents by fuel increases. It’s a simple math. And airlines in that 10-year period, best 10-year period in the history of the industry, the average operating margin was five and a half percent. So you can see, we don’t have big margins that can absorb this additional cost.

So ultimately it ends up being passed through to consumers in the form of higher ticket prices. I see no way of avoiding that. If your cost, particularly your single biggest cost escalates in the way it has, it leads to a higher ticket prices. I don’t see any way that the industry can alleviate that because it is not making any profit at the moment at an industry level. So it cannot absorb this. That is why you are seeing ticket prices increase. I think there is another factor with ticket prices; it is clearly and heavily influenced by supply and demand. And in some cases, the pace at which demand has recovered has been faster than the pace at which supply has been returned to the market. And that clearly leads to greater demand for a scarcer product, which will push prices up.

On block funds in Africa, only a few countries were mentioned. But overly you were talking about 70 countries. What is your choice between innovation and state bailout?

Innovation. I think airlines that innovate through any crisis are more sustainable in the long term.  Bailouts are welcome, but the problem often that I have seen with bailouts is that they delay the restructuring or the innovation that is necessary because you get a temporary reprieve. But if you don’t take advantage of that temporary reprieve, you are just back in crisis. So the only way you can get a sustainable future is look to drive innovation and efficiency within your airline and to make it sustainable through economic cycles. And on block funds, it is not just the African continent. There are other parts of the world where we have block funds. But the African countries contribute the most significant element to the industry’s block funds.

Still on the block fund, do you think that the issue has to do with priority, that is government not prioritising aviation. What is your view about concessioning airports. Do you think it benefits the airlines?

On block funds, all we can do is try and convince governments to base up to the responsibility that they have. We can’t advise airlines as to what they should do. That’s a decision for the airline. We have seen countries blocking funds where airlines have completely withdrawn from the country. Venezuela is probably the best example of that, where airlines just stopped flying there. And the ones that didn’t stop flying significantly reduced their capacity into the country and also restricted the amount of sales that were going on.

But that was not an IATA decision; that was a decision that each individual airline would have to take. On concessions, airports, if they are privatized fine, but guaranteeing a return, you can’t do that because then you are just going to drive costs. You are preventing innovation; you are preventing airports from being driven to become more efficient because there’s a guaranteed return. So it doesn’t matter what they do, they are guaranteed to get a return on it so they can be inefficient. They can waste money; they get a return and that’s just one.

What specifically, is IATA doing for Africans in the aviation commission in realizing the goal? Again Ghana is planning on setting up a national carrier. What is your take that?

A single African market has to be an opportunity. All you have to do is look at what deregulation has done to benefit consumers in other markets that have been deregulated. Europe is a great example of that here. So what have you seen? You have seen massive increase in connectivity, increasing the number of flights, increasing the number of option for customers, much greater competition as a result lower fares. So the consumer wins. So if people want to benefit the African consumer, and facilitate connectivity, which has then huge benefits for other industries and the economies, it is the only way to go. A fragmented market will never be as efficient as a single open competitive market. We have seen that in the US domestic market, when it was deregulated, we have seen it best, I think in Europe, where you had new entrants who took advantage of the new opportunities and have been fantastic for consumers in developing choices at fares that are much more affordable. So I think African economies, African consumers would hugely benefit from a single market.