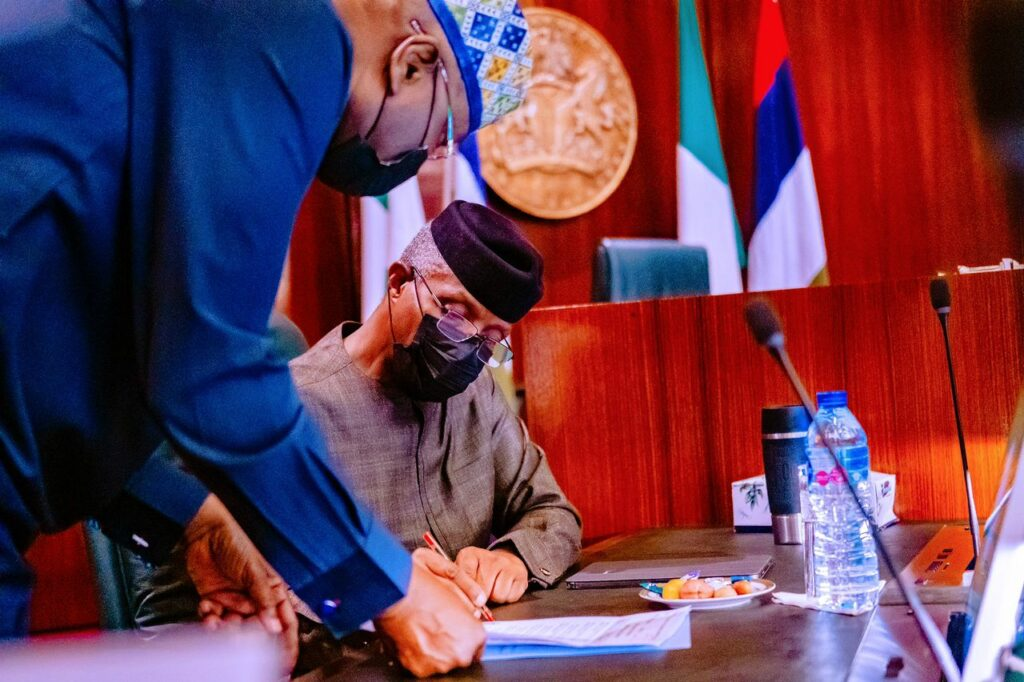 The Federal Executive Council (FEC) Wednesday rose from its weekly virtual meeting presided over by Vice President Yemi Osinbajo at the State House, Abuja, with the approval of a new revenue base that will see the country generate N3.8 trillion from non-oil and N160 billion from oil sectors annually.

Addressing newsmen after the meeting, the Media Assistant to the Vice President, Laolu Akande, who briefed on behalf of the Minister for Finance, Budget and National Planning, Zainab Ahmed, said a memo on increasing revenue base of government was approved by the Council.

He said: “Among several of the memos presented today, was the one by the Minister for Finance, Budget and National Planning on accelerating revenue mobilization reforms, which is a derivative of the federal government’s strategic revenue growth initiative.

Akande said other significant memos presented by the Attorney General of the Federation and MinisterofJustice, Abubakar Malami, which was approved by Council, is on the ascension of Nigeria to the Budapest convention on cybercrime.

According to him “The convention is a comprehensive national legislation against cybercrime as a framework with technical assistance, as well as international cooperation between states parties to it.”

He said Council also approved “the memo presented by the Minister for Water Resources,  for the implementation of federal government component for the execution of rehabilitation, expansion and upgrading of Gombe regional water supply projects under the Nigerian National Water Resources and the council approved the sum of N939 million which has been provided for in the 2022 budget as a counterpart fund for these urban water supply improvement in line with the National Water Supply and Sanitation policy.”