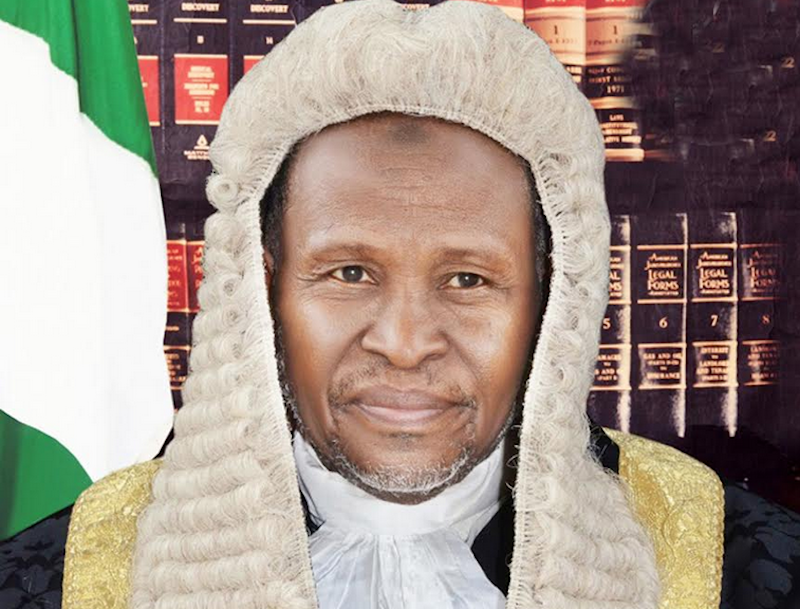 The Chief Justice of Nigeria (CJN), Hon. Justice Ibrahim Tanko Muhammad, has harped on the need for Justices and Judges handling election matters to show a high level of independence, and not bow to external pressure and influences in their adjudication of electoral matters.

Justice Muhammad, who noted that Nigeria’s development is tied to a sustainable democracy which is anchored on a credible electoral process, stressed that the Judiciary play a crucial role just as the electoral umpire, in ensuring free, credible and peaceful elections.

To this end he warned Judges against being partisan, or allowing themselves to be used by politicians for their selfish ends,  thereby ridiculing the Judiciary.

“In the light of the above and as we approach the election year, I must emphasise that the Judiciary must not be drawn into the black hole of political expediency, as Judges are not willing tools to be exploited by the whims and caprices of politicians.

“However…. as Justices and Judges, you must refrain from granting frivolous injunctions, remain impartial and most importantly, shun any form of inducement”, the CJN said.

Before, declaring open a two-day workshop on capacity building for Judges on pre-election and election matters, the CJN noted that litigation has characterised election processes in the country right from the conduct of party primaries for the election of candidates, to the main election.

He said aggrieved politicians or those who lost out would approach the court to intervene, and would want to corrupt Judges to do their bidding by filing frivolous applications and forum shopping.

He thanked the Attorneys General Alliance (AGA) Africa and the National Judicial Institute (NJI), for putting the workshop together to build capacity of Judges in the area of pre-election and election litigation.

Earlier, the Administrator of the NJI, Justice Salisu Abdullahi, observed that with the passage of the new Electoral Act 2022, and also considering that Nigeria is a developing nation with an evolving democracy, some provisions of the new Act will translate into petitions or matters that will come before the courts for adjudication.

“Distinguished Participants, it goes without saying that, a lucid understanding of the provisions of the law, with particular reference to electoral matters, would aid in obviating inscrutability, opaqueness and technicalities which constitute the bane of justice”, he said.

In a welcome address, representative of AGA-Africa, Mr Marcus Green, said Judges play a crucial role in ensuring free and fair elections, hence the need to ensure that they possess requisite knowledge of what needed to be done to achieve justice at all times.

“The goal is that citizens have confidence in the rule of law and in the electoral processes, and the role of Judges is to deliver that justice without fear or favour”, he said.