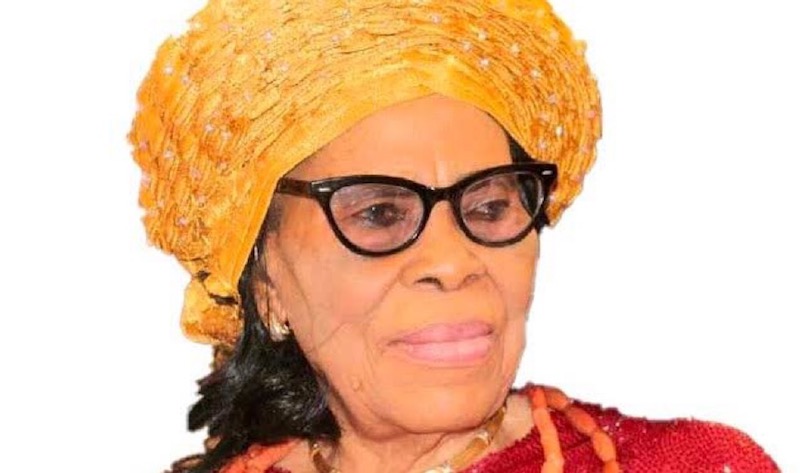 The Peoples Democratic Party (PDP) yesterday commiserated with the Chairman and Editor-in-Chief of THISDAY/Arise News Channel, Prince Nduka Obaigbena over the death of his mother and highly revered Matriarch of the Obaigbena family, Princess Margaret Obaigbena.
In a statement, the National Publicity Secretary of the party, Mr. Debo Ologunagba, stated that the late Obaigbena was a patriotic Nigerian, a highly resourceful personality with exceptional courage, industry, love and commitment, who committed herself to the care and wellbeing of others and lived as a fountain of inspiration for all those who came in contact with her.

Also in  a statement signed by the General Secretary, Iyobosa Uwugiaren, on behalf of the standing committee and members of the Guild of Editors, the NGE said  although it is natural to mourn the death of a loved one, “in the case of the passing of your mother, all we feel is the celebration of her worthy 87 years of impactful the legacies that positive touched many lives.”

The PDP added: “As a Chief Nursing Officer and later Special Adviser to three Delta State Governors, Princess Obaigbena selflessly dedicated her resources, energy and expertise towards the welfare of Nigerians and the development of our nation.

“Our party believes that Prince Nduka Obaigbena’s unique sense of patriotism, resilience, courage, diligence, industry and uncommon dedication to the unity, stability and development of our dear nation stem from values and virtues he imbibed from his dear mother,” the PDP stated.
The opposition party further stated that Nduka Obaigbena played key role in revolutionising the media industry, noting that he was using the stable of THISDAY/Arise Group to effectively inform Nigerians and fearlessly champion democratic tenets of constitutional order, credible elections, justice, freedom, fairness, equality, mutual respect, accountability in governance and strict adherence to the rule of law.
The PDP also condole the Royal Family of Owa Kingdom as well as the government and people of Delta State for the great loss.

Guild of Editors Condole with Obaigbena

The Nigeria Guild of Editors (NGE) in their own statement also noted that rising to the peak of her carrier as Chief Nursing Officer of old Bendel State, which became Delta State, revealed that the woman was reputed to be a diligent health worker who went the extra mile to care for the sick and the needy.

The statement said: “We note with pride that the mother of our senior colleague, who is also a fellow of our organisation, served her people meritoriously as a special adviser to three successive governors of Delta State. We extend our sympathies to the Obaigbena Royal Family and the Royal Family of Owa Kingdom. We ask God in His infinite mercies to rest Mama blissfully in His bosom and grant you and your siblings the fortitude to bear this painful loss. Please take heart.”