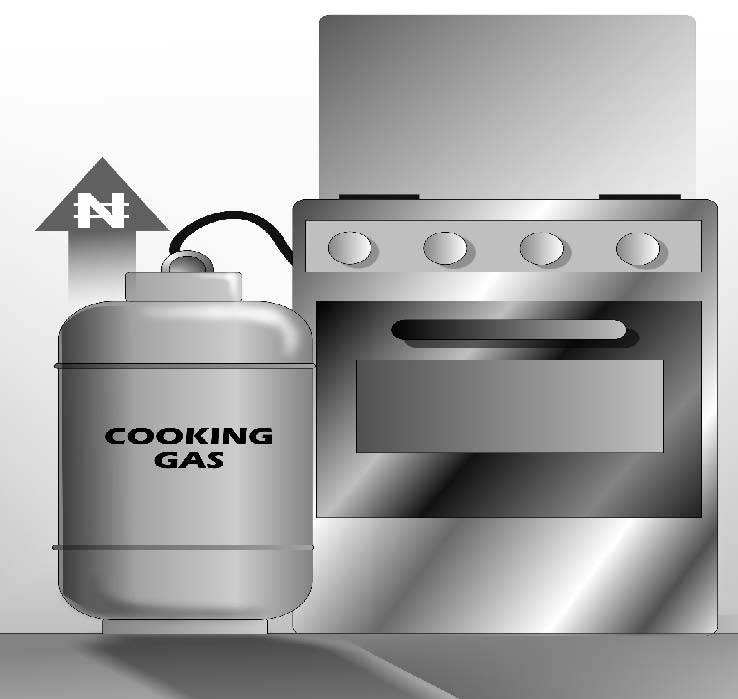 The federal government has revealed that Nigeria’s Liquefied Petroleum Gas (LPG) market popularly known as cooking gas, has recorded significant growth over the years, as it now commands a market value of N100 billion, surpassing the initial N10 billion estimated some years ago.

Adeshina also blamed the unabating rise in the price of LPG in the country on numerous variables including the ongoing Russian-Ukraine War and the resultant ban on Russian oil as well as the rising oil prices, saying the situations have impacted negatively on the domestic market.
Adeshina spoke just as the Nigeria Liquefied Natural Gas (NLNG) also at the event restated its commitment to commitment to supply 100 per cent of its cooking gas production to Nigerian market to boost clean energy accessibility.

The price of LPG in Nigeria has maintained its upward swing since over a year ago, with many consumers abandoning the product due to its unaffordability.
In some parts of the country, the price of the product has ballooned such that it now takes as high as between N10,000 to N12,000 to fill a 12.5 kilogramme LPG cylinder.

Speaking at the event, Adeshina stated, “The LPG sector in Nigeria has over the years. It has grown to become a N100 billion market, from the initial estimated N10 billion market many years ago.”

He disclosed that, of the 1.3 million metric tones LPG consumed in the country,  65 per cent was being imported from the global market, while the balance was sourced from the domestic market through the NLNG
Admitting that the price of LPG has skyrocketed both at the international market and at the local market, he said the high price of the product was influenced by developments in the global market.

Adeshina specifically blamed the unabating rise in the price of LPG in the country on numerous variables including the ongoing Russian-Ukraine War and the resultant ban on Russian oil as well as the rising oil prices, saying the situations have impacted negatively on the domestic market.
Commending the NLNG for increasing its domestic supply to the current 450,000MT yearly, Adeshina said the government through the Office of the Vice President was working towards increasing domestic supply, adding that huge opportunities abound for local and foreign investors in the sector.

The Deputy Managing Director of NLNG, Mr. Olalekan Ogunleye, reiterated the company’s commitment to supply 100 per cent of its cooking gas production to the domestic market as part of the firm’s support to the growth of the product’s utilisation in the country.
This, he explained, would help to reduce the health, safety and environmental risks associated with the use of other dangerous domestic fuel sources like kerosene, firewood and charcoal.

Ogunleye stated that NLNG remained committed to collaborating with regulators, partners, and industry players to grow the domestic LPG market and bring cleaner energy to Nigerians.

He added that through the supply of LPG, NLNG prioritised the supply of clean energy in Nigeria while working collaboratively with the government to grow LPG consumption in Nigeria as part of the national journey to a clean energy future.
The deputy managing director pointed out that domestic LPG  consumption in the country has increased by 300 per cent, from about 60,000MT in 2007 to over one million MT in 2020.

He stated further that the increase indicated that the Nigerian LPG domestic market was one of fastest-growing LPG markets in the world, noting that that attests to the viability of LPG as a business and its adoption by the citizenry.

He said a significant stimulus to the domestic LPG was the declaration of the ‘Decade of Gas’ by the federal government and the support of regulators and industry stakeholders.

Ogunleye stated that the declaration had created an enabling environment for investment and deliberate actions designed to ensure that Nigeria takes advantage of the global energy transition while monetising the country’s extensive gas reserves.