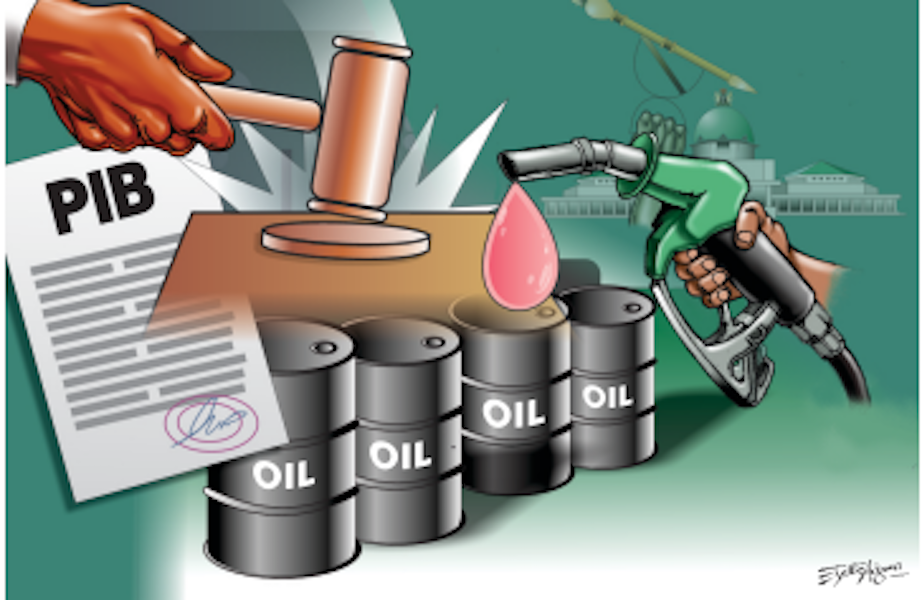 With the passing of the Petroleum Industry Bill into law barely a year ago, the need for speed, transparency and accountability in the implementation process of the act in the Nigerian Extractive Sector was the major concern of stakeholders present at the Strengthening Civic Advocacy and Local Engagement (SCALE) consultative forum of ‘Legal Framework Review in Extractive Sector,’ organised on by the Civil Society Legislative Advocacy Centre (CISLAC) in Lagos State. Sunday Ehigiator reports

While steering committee had the job of effective and timely implementation of the law in the course of transition to the new petroleum industry envisaged in the reform program and ensuring that the new institutions created have the full capability to deliver on their mandate under the new legislation, the implementation working group and coordinating secretariat had the onerous task of developing the briefs (including model contracts and regulations) that would be presented to the steering committee for consideration and approval within a 12-month duration.

The Act is expected to promote transparency and accountability in extractive sector governance, eliminate regulatory/legal hurdles, attract critical investments, unlock financial resources, accelerate local content development, and enhance employment, among other opportunities. However, to unlock and maximise the potential of the Petroleum Industry Act (PIA), there is a need for the political will for a consistent implementation of the provisions of the law and continuous engagement and consultations with all stakeholders for the unflinching support necessary for the success of the law.

Worried that the implementation has been foot dragging, the Civil Society Legislative Advocacy Centre (CISLAC), the national chapter of Transparency International in Nigeria, on behalf of the Accountability in Extractive Sector (AES) Cluster within the framework of the Strengthening Civic Advocacy and Local Engagement (SCALE) project being implemented by Palladium with funding from the United States Agency for International Development (USAID), recently  convened a forum in Lagos to ascertain progress in the PIA implementation process; identify possible factors, actions and inactions that have contributed to delays; and to contribute to the advancement of the effective implementation in the extractive sector.

Beyond this milestone achieved, it was the expressed hope of stakeholders at the SCALE consultative forum that deliberate efforts were made by the relevant government body to fast-track the implementation of the law in a manner that best achieves the PIA objectives in line with the yearnings and aspirations of Nigerians whose lives will be impacted by the consequences of the decisions and actions of responsible state actors.

Among participants at the consultative forum were  Nigeria Upstream Petroleum Regulatory Commission (NUPRC), Federal Inland Revenue Service (FIRS), and some members from host communities in attendance.

In his opening remarks, CISLAC Executive Director, Auwal Ibrahim Rafsanjani said the stakeholders considered the consultative forum important as a to remind the nation about an obligation of the government to make the PIA work for the benefit of the Nigerian people and to also ensure that the objectives of the act were fully complied with.

According to him, “The other objective is to see that is supposed to benefit under this new act are taken care of and their entitlements fully implemented because that would go a long way in de-escalating tension, violence, and gross injustice that communities have continued to suffer as a result of the extractive activities.

“A lot of these communities have been devastated and their means of livelihood destroyed. Therefore this act is an attempt to address and rewrite the wrongs and if there is a slow implementation,  it would create the impression that some people do not want the status quo to change. Also, the sector needs a reform to be able to stamp out  corruption in the sector.”

Rafsanjani noted that with the new act, the stakeholders believe that a lot of lapses and opportunities for corruption and looting in the sector, including oil theft would have been sufficiently addressed.

He said it will equally improve and increase the productivity and efficiency in the oil sector, as it was a shame that Nigeria, despite being an oil-producing country, yet suffers conditions far more terrible than those countries who don’t produce oil.

“We want to see Nigeria utilizing the natural resources that God has given it. We cannot continue to have oil and our communities being destroyed, with poverty on the increase in the land, and yet, we keep subsidizing corruption.”

Rafsanjani said subsidy was a complete corruption that is still going on which Nigeria will suffer gravely from if it doesn’t discontinue its financing.  “This is why CISLAC is working with relevant government agencies, especially the committee saddled with the responsibility of ensuring that the PIA framework is implemented.

“We also urge them to engage communities and other stakeholders, and the media in their activities so that Nigerians can appreciate what they are doing and understand their obvious challenges.

“If there is no public engagement, Nigerians would still believe that it is the same old way of doing things. Hence they need to intensify the process and also engage all relevant stakeholders in the industry especially the host communities so that Nigerians can see how much progress is being achieved with this law.

“It’s not just enough to have the law. Yes, we struggled for it for 20 years, but we cannot afford to have a dormant law.”

He, therefore, commended the Nigeria Extractive Industries Transparency Initiative (NEITI) for the good job it was doing. According to him, it was through NEITI that CSOs were able to know how many companies are paying taxes. He said that it was also through NEITI’s records that many companies avoiding tax payments were revealed.

“We can know that so much was going on in the extractive sector and more transparency has been created through NEITI records.

“It has not helped in improving or creating more industries or infrastructure that we are supposed to use as seen in other countries where oil has brought development. In our own country, it has brought more misery; it has exposed more people to corruption. It has also institutionalised laziness” he said.

Speaking on the expectations of host communities from the implementation of the PIA, representative of HRM Oduosa of the Utagba-Ogbe Kingdom, Delta State Nigeria, High Chief, Dennis Ejechi expressed concerns on the impact of the activities of oil companies on neighbouring communities to host communities, which according to him were not given recognition in the PIA.

He likewise expressed concerns about the environmental effect of gas flaring, transparency and competence of auditors in charge of the Oil Company’s account, and how to rightfully determine the 3 per cent ascribed to be paid to host communities by the oil companies as recommended by the PIA, and the company’s compliance level to the dictates of the PIA.

Giving assurances to the host communities and other stakeholders at the forum on the effectiveness of the implementation to cover every concern, while also providing stakeholders with an update on the PIA implementation process on behalf of the Nigerian Upstream Petroleum Regulatory Commission (NUPRC), NUPRC Executive Commissioner, Economic Regulation and Strategic Planning, Dr. Kelechi Ofoegbu revealed that draft model licenses, licensing conditions and model contracts for the PIA implementation have been finalized and presented to the industry for input

He equally revealed that the Petroleum Prospecting Licenses (PPLs) are scheduled to be presented to the successful awardees from the Marginal Fields Bid Round 2020 on 28 June 2022, even as Host Community Development Trust Regulations will also be unveiled on that date to give guidance to Operators.

On delineation of acreage, he said discussions were ongoing with the industry operators, and sizing was being done to comply with the PIA 2021 requirement of a grid system based on the Universal Traverse Mercator.

“Delineation is a necessary precursor to the issuance of PPLs and PMLs as prescribed by the PIA 2021,” he noted.

Speaking on the role of the Federal Inland Revenue Service (FIRS) in the implementation of the PIA, Technical Assistant to the Executive Chairman FIRS, Femi Olarinde, said FIRS was responsible for the enforcement of the provisions of chapter 4 of the Act as it was related to taxes.

He said FIRS was also saddled with the task of assessing and collecting hydrocarbon taxes, companies’ income tax, and education taxes from the oil and gas industry. “The commission is also to determine and collect royalties, signature bonus and related payments of production shares, profit oil from the upstream petroleum sector.

“We are also the authority to determine and collect all related payments from downstream and midstream sectors of the industry including gas flare penalty. And all monies collected (taxes, royalties, profit oil, signature bonuses, etc) from the petroleum industry due to the government shall be timely transferred to the Federation account.”

Earlier during her welcome address, Director of Finance and Administration, SCALE, Domini Madugu, said the consultation engagement was to help in the area of capacity building by CSOs in Nigeria.

According to her, SCALE has the mandate to build the capacity of the CSOs in Nigeria so that they can push policy reforms in all sectors in the country. She said that SCALE had been working with 17 organisations of CSOs across the country.