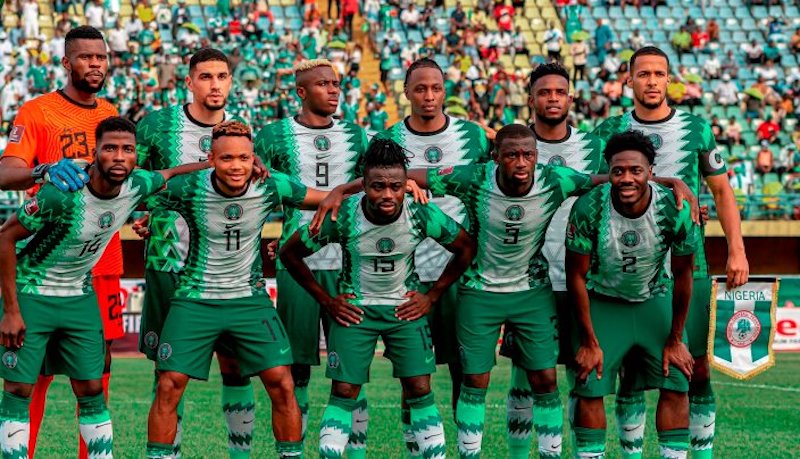 *Wants all three points in the bag “no matter how achieved”

Ahead of today’s clash with Sao Tome and Principe, Super Eagles Head Coach, Jose Peseiro, warned his players never to underrate the “Falcons & Patriots” in their second Group A fixture of the AFCON 2023 qualifier at the Adrar Stadium, Agadir, Morocco.

The “hosts” were battered 5-1 by Guinea Bissau in their first game of the group while Super Eagles laboured to a 2-1 victory over Sierra Leone in a not too impressive encounter at the MKO Abiola Stadium in Abuja.

But the Portuguese gaffer who is desirous of lifting the 2023 AFCON in just his first term with Nigeria insisted yesterday that Super Eagles must put in their best to pick all three points at stake.

“Sao Tome have good players in their team. We saw their last game, even though they lost, they didn’t play too badly. We respect them. It’s good to respect your opponent in football,” Peseiro told a press conference in Morocco ahead of the match yesterday.

“We need to be at our best to beat them. We have to show strong desire and determination,” continued the former Venezuela coach recommended to Nigeria by Jose Mourinho.

The three-time African champions are going into the game without their deputy skipper William Troost-Ekong and midfielder Innocent Bonke who have returned to their respective bases in England and France respectively to attend to their injuries.

Bonke was injured in the friendly against Mexico in Dallas on 28th May, while Ekong suffered a groin strain in the 2-1 defeat of Sierra Leone in Abuja on Thursday.

Alim Konate Aboubakar from Cameroon will be match commissioner. The match starts at 1pm in Morocco (2pm in Nigeria).