PDP BoT: We Don’t Need More Bad Blood in Our Party 2 hours ago 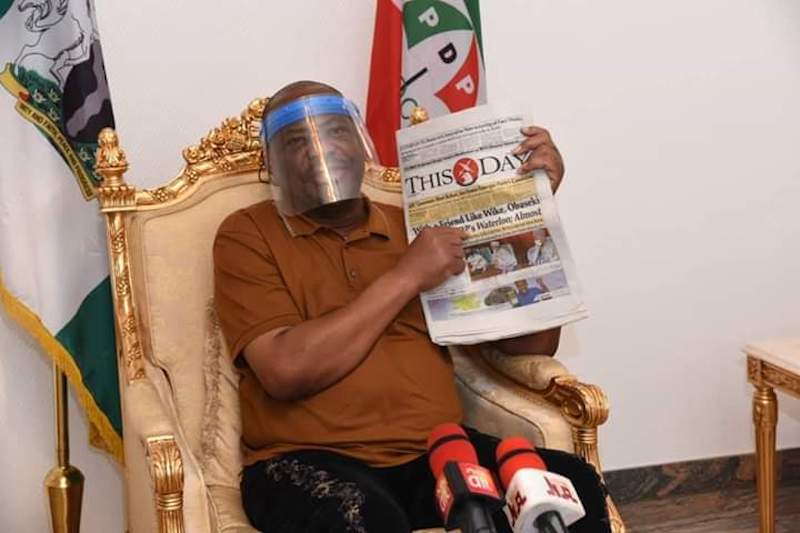 A Rivers State High Court in Port Harcourt has adjourned till June 24 this year to begin examination of the third witness for the respondent in the libel suit by the state Governor, Nyesom Wike against THISDAY and others.

The court had on May 30, adjourned till June 3 for the reexamination of the second witness for the respondent in the matter.

Tuduru Ede, a Senior Advocate of Nigeria, had on May 30 urged the court for adjournment to recross examine the second witness and it was granted.

But at the resumed hearing yesterday, the Senior Advocate of Nigeria representing the respondents, made an application to the court, seeking to bring in the third witness by the next adjourned date.

On May 30, the second witness for THISDAY, its Managing Editor, Mr. Bolaji Adebiyi, was cross examined where he presented a video in defense of his witness against the Rivers State Governor, Nyesom Wike.

Ede yesterday told the court that he was satisfied with the evidence by the second witness.

The applicant lawyer, Emmanuel Ukala (SAN) who did not show much delight in the application for another witness, agreed on the new adjournment date by his colleague, respondents lawyer.

The trial Judge, Justice Adolphus Enebeli, after listening to the submissions by the counsels for the  parties in the matter, adjourned till June 24, for cross examination of the third witness for the respondent.