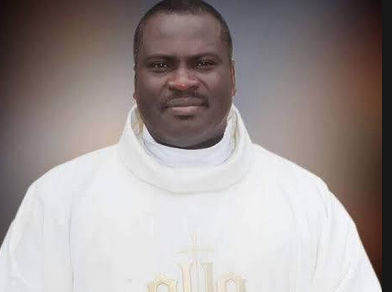 The Catholic Church in Nigeria has expressed worry over what it described as greedy and transactional politics as exemplified from the outcome of the various party primaries conducted by the political parties.

He said: “Politicians are at it again playing their music, dancing and listening to themselves. What is going on at the moment with the primaries is very disheartening to say the least. The manner the primaries are proceeding simply boils down to the fact that we are not listening.

He, however, lamented that from the way things were going, many of the oppressed were still allowing politicians to play bread and butter politics with them.

In reference to what went on during the presidential primaries of the Peoples Democratic Party (PDP) at the weekend, the cleric alleged that dollars and naira could be seen exchanging hands, adding that it was clear that the delegates were not choosing persons who would help the people, they are simply voting for people who gave them money. He said by their action, the delegates were mortgaging their future and prolonging the terrible situation of the country.

According to the priest, what was happening calls for more conscious efforts by the people to wrestle power and fight against these oppressors.

Speaking on this year’s World Communications Day, Umoh said Pope Francis proposed the theme “Listen”, urging all Catholics and the whole of humanity to cultivate the habit of listening with the ear of the heart.

The Catholic Bishops Conference of Nigeria (CBCN) has taken this initiative a step further by expanding the universal one-day celebration of the media to a one-week celebration.
Thus, they came up with the Communications Week (ComWEEK) programme and the maiden edition concludes today.

On his part, the Secretary General of the Catholic Secretariat of Nigeria, Rev. Fr. Zachariah Samjumi said the main focus of this year’s Communications day was summed up in the injunction given by Pope Francis urging citizens of the world to learn to listen to one another.

He said the crisis in families and various communities could be traced to inability to listen and perhaps try to understand the position of each other in our daily encounter.

“Through this initiative, the Bishops of Nigeria are consciously calling for greater awareness to the power of the media for evangelisation and for good democratic citizenship. They directed that this media literacy programme be celebrated in all parishes all over Nigeria.

“We are quite aware that the beginnings are not usually easy, but pray that this humble beginning, like the mustard seed, watered by the power of the Holy Spirit, will flourish to bring freshness and newness upon our Church and society at large,” he said.