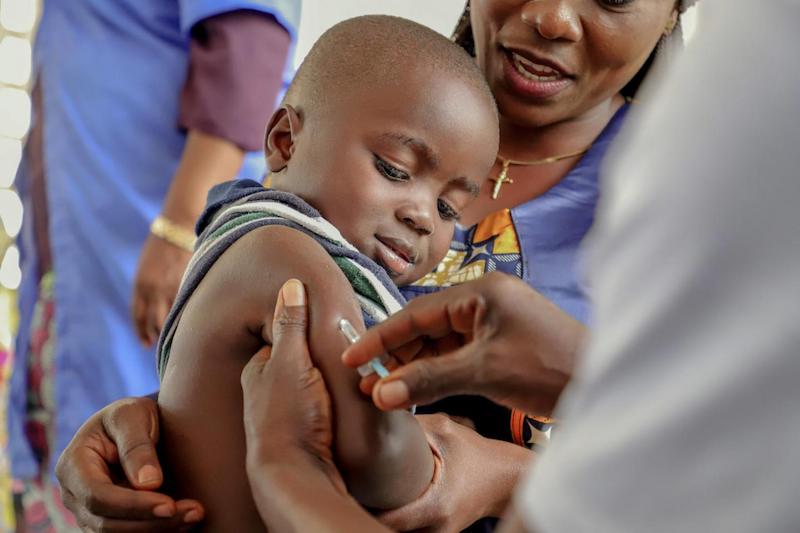 Médecins Sans Frontières (MSF) popularly called Doctors Without Borders (MSF) and the Zamfara State Government have vaccinated more than 148,000 children against measles in the state.

A statement by MSF yesterday, said it has supported the health authorities of Zamfara State to successfully conduct a mass measles vaccination campaign to reach children aged six months to five years.

It revealed that the exercise began following the detection of cases of the virus in the north-western state.
The statement read: “MSF began a mass vaccination campaign in April 2022 in the local government areas (LGA) of Anka, Shinkafi and Zurmi, and vaccinated 148,150 children in 24 wards of the three LGAs.

It quoted MSF’s Head of Mission in Nigeria, Ahsan Abbasi to have said: “Routine immunisations are critical; they protect children and save lives. We are pleased to assist the populations in need and to support the health authorities in dealing with measles and other outbreaks in the state,” adding that, “measles is extremely contagious and those most at-risk of contracting the disease are under- or unimmunised people, especially children aged under five.”

“It also has a severe impact on the nutritional status of children. Areas of conflict or high-density settings – such as refugee or IDP camps – with low routine immunisation coverage and weak local health systems often see epidemics.”

Furthermore, the statement also revealed that in Anka LGA, MSF also carried out a reactive vaccination campaign for meningitis after registering 44 suspected cases of the disease from January to April 2022.

According to the statement, MSF decided to add meningitis to its vaccination campaign in Anka and vaccinated 10,972 children within Anka town, targeting three wards.

A total of 8,847 children were screened for malnutrition in Anka, 41,453 in Shinkafi and 92,054 in Zurmi. In six wards of Shinkafi and Zurmi, high rates of malnutrition were noted. Therefore, MSF immediately decided to initiate an emergency nutrition response in the area, the statement revealed.

The MSF Head of Mission assured that: “We are committed to assist the population and to support the local authorities in responding to any disease outbreaks or health emergencies,” while lamenting that: “With increasing insecurity and influx of IDPs, the healthcare needs in Zamfara state are dire and often unmet. Children are particularly affected by the limited access to primary healthcare, especially with regards to nutrition and preventable childhood diseases such as measles, waterborne diseases and meningitis.”