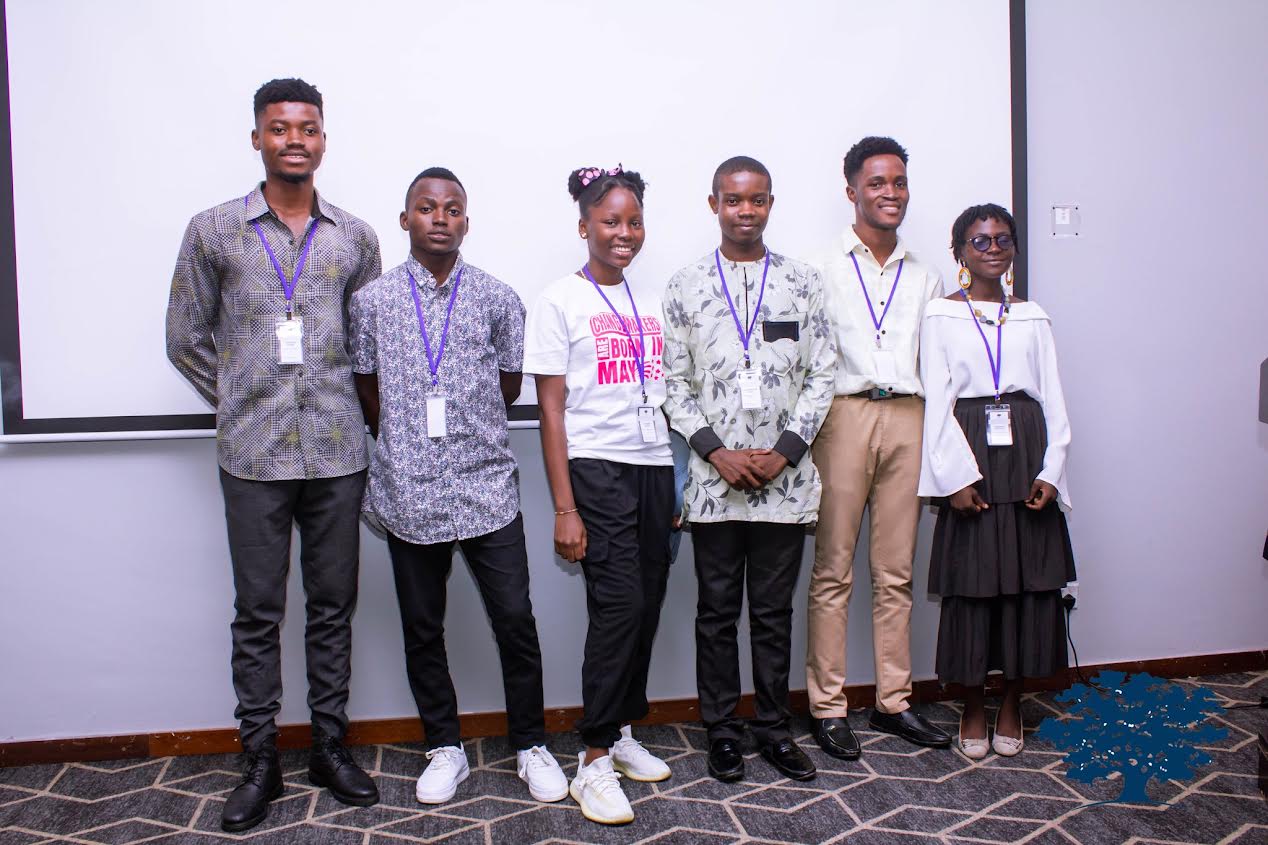 A revolutionary movement called ‘Everyone A Changemaker’ launched in Lagos recently by Ashoka Africa will fast-track home-grown solutions to social-economic challenges in Nigeria. Yinka Olatunbosun reports

Her brief speech left the audience in awe. Ayomide Akran, a 13-year old girl in Lagos revealed how she founded Pink Diva Organization to ensure a better recycling system for Nigeria and providing reusable menstrual pads for young girls in rural areas.

She is just one of the six young changemakers unveiled in Lagos, at the official launch of the movement called ‘Everyone A Changemaker’ (EACH). Others include Deborah Benjamin, a 19-year old founder of Save a Girl Africa, an advocacy group that creates a safe environment for young people away from sexual violence as well as the 19-year old founder of STEMCLUB, Godwin Jonathan who tackles digital illiteracy through STEM education using alternative learning models.

Godwin Kevin is another young changemaker who founded Inspire for Greatness to inspire young people with leadership training and access to opportunities. Standing beside him for recognition was Splendour Kalu, the 19-year old founder of Communities Will Connect to empower young children with basic coding and computer skills.

An initiative of Ashoka Africa, the launch of ‘Everyone a Changemaker’ (EACH) signalled a milestone in the organisation’s journey of promoting social entrepreneurship with the aim of reaching and providing 200 million Nigerians and 1.3billion Africans with essential tools, resources and inspiration for empowerment.

On its part, the Ashoka Young Changemakers is a programme launched by Ashoka to support young changemakers under 21 years. They had been selected from a network of young people who have power to create change for the good of their communities.

Since 2021, Ashoka Africa has laid the foundation for this movement by building a formidable team of next generation leaders, Ashoka fellow co-leads and Ashoka Young Changemakers towards building a thriving nation.

The launch of EACH which took place at Radisson Hotel, Ikeja was part of a week-long menu to showcase, amplify and spread the key message of EACH vision to empower both the young and old with skills necessary to transform their communities for the common good.

The engagement has led to jujitsu partnership including the Ministry of Education, TRACE, Voice of Nigeria, Radio Nigeria/Radio One Lagos, Lantern Books, National Publishers Association, National Open University of Nigeria and All Nigerian Conference of Principals of Secondary schools.

In his opening remarks, the Vice President, Youth Years, Ashoka Africa, Okey Uzoechina revealed that the organisation is pulling together resources and abilities towards the revolutionary core for change.

“We have been cultivating the partnerships, we’ve been making sure that the essential oxygen and supplies that we need to launch and sustain the movement is already in place. We built partnerships with the media, publishers, government, teachers’ unions and schools of education.

” These are what we call the ecosystem that supports and influences the growing up years of children and young people. Over the years, we have also identified and supported ASHOKA fellows in Africa who are already leading systems change in their various fields.

“That is the mission of ASHOKA: to empower every girl and boy, every man and woman with the essential skills and tools and with the inspiring stories of change making for them to realise that they already have change making in them. It is within all of us.

“We want to reach 200m Nigerians and we are working with a lot of partners to achieve this. TraceTV has a global audience of 250million people. Media is really important in shifting mindset, reorienting people from the old to the new reality. The new world is defined by change, complexity and uncertainty. We need to raise our children up to master the skills to thrive in this kind of reality that did not exist some years ago,’’ he said.

Like Dr. Ndidi Ofole, he noted that empathy is a fundamental attribute that is required to be a changemaker. For one to change his society, he must understand the situation and challenges and possess the will to solve it.

In the same vein, the Co-founder and Global Director, Ashoka Young Changemakers, Yashveer Singh described the selected young social entrepreneurs as ‘role models for other young people’ and ‘the future.’

“They have stepped out of their comfort zones and taken initiatives to change their lives and those of others. We are here to celebrate them. Nigeria is a special place and a country with one of the largest portions of the youth population in Africa. The whole world is looking at Africa today to give solutions to new ideas and I think the future will be in the hands of Nigerian youths and it is a start that we have come to recognize the culture that young people do not just have to be recipient but they can also be givers and contributors,’’ he added.

Adeyemi Adebayo, the Director of Special Duties and Innovations, Ministry of Education, Lagos State, who represented the Commissioner for Education, Mrs. Folashade Adefisayo at the event remarked that the only sustainable way of driving development is collaboration. This accounts for why the ministry of education in Lagos had partnered with Ashoka to empower school children to be self-reliant.

“If we empower our children to think independently and provide them support, first of all, we will be the beneficiaries of those ideas and in the long run, the society benefits. They have identified a crop of changemaker children and you see how many of them are solving the problems of society.

“The essence of changemaking is to look inwards and see the problems and develop homegrown solutions even for those problems instead of thinking of importing technology to address our problems,” he said.

When asked if this partnership will result in a review of the school curriculum, he was enthusiastic and confident about the on-going effort of the Lagos state government to incorporate changemaking in school the comprehensive school syllabus.

“The previous curriculum that we had did not include the 21st century skills and that is what of the key things that the Lagos state government has done in incorporating those skills into our curriculum. Critical thinking and creativity are part of those skills. Most graduates can’t get a job after years of study because they have no skill.

“That informs us of having comprehensive schools. Instead of emphasizing on English and Mathematics, there are children with kinesthetic intelligence. They can dance and sing. Why must we focus on making children engineers and doctors when as a matter of fact they have their in-built potential? We have piloted 12 comprehensive schools in Lagos and by the end of this year, we will reach 50,’’ he declared.

During the media dialogue session between Director, National Broadcast Academy, Ken Ike Okere and MD TRACE West Africa, Samo Onyemelukwe revealed that a new app, Trace Academia has since been launched to empower individuals with entrepreneurial and soft skills.

Ashoka, described as the largest global network of social entrepreneurs with system-changing solutions across countries, is positioned to identify patterns in social innovation, convene key decision-makers and influencers from formal and informal sectors of the economy to drive change and development.