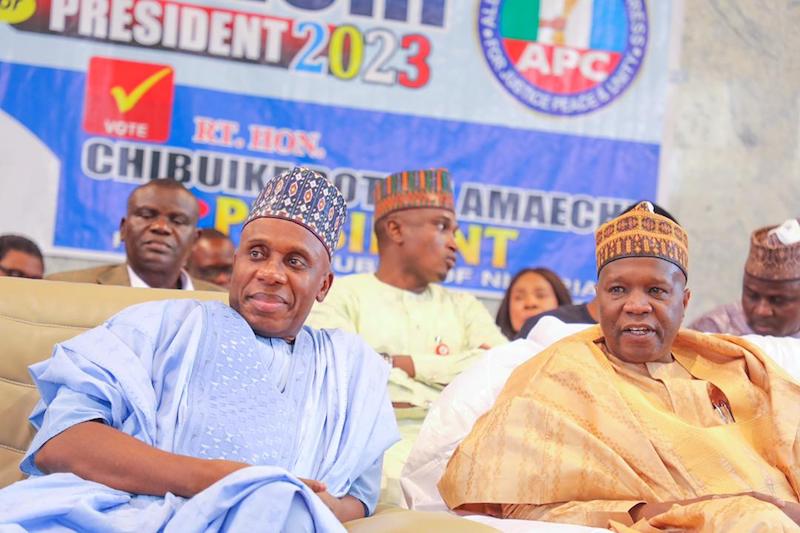 Anambra State Governor, Prof. Chukwuma Charles Soludo, has pledged N10 million to anyone who provides useful information that will lead to the arrest of the killers of the state House of Assembly and his aide.

The Governor said, having been in public office over the years with impeccable achievements, Amaechi would deploy his wealth of experience to piloting the affairs of the country to greater heights.

Speaking at a meeting of delegates with the frontline Presidential aspirant, Chibuike Amaechi at the Government House, Gombe, Weekend, Governor Yahaya said, “Going by the trajectory on which your life is built, from Speaker to Governor and to Minister,  and if you get to that level that you are aspiring to get to, that means everything is settled.

“You have shown capacity, you’ve shown energy and passion and you have shown the capacity to deliver on any assignment or political mandate that is given to you. Our delegates, knowing how you handled the previous assignments given to you and the capacity that you have proven to have, will give them the cause and confidence to go with you, because we know with you, everything is settled.

“Gombe is your second home. You stood to fight and bring in Mr. President, and by so doing you’ve shown commitment, you’ve shown capacity.

Similarly, Chairman of the party, Nite Amangal, said there is no doubt the former Minister would deliver on good governance if given the opportunity due to his experience in public office.

According to him, “Your Excellency, Gombe is your second home. The delegates of Gombe will speak with one voice, and we know you have the capacity and experience to be the President of Nigeria. We pray that God will lead you through to be on the seat by 2023.”

Amaechi, while addressing the delegates, assured that if elected as President, he would complete the Port Harcourt-Maiduguri rail line which goes through Gombe.  He also appealed to the delegates to vote for him at the party’s Presidential primaries slated for next weekend.

“Take the assurance that I understand the pains of poverty, get the assurance that I will bring my wealth of experience to bear. The Federal Government has approved the contract for the Port Harcourt-Maiduguri railway. It has been awarded, the contractor is on site. I hope they will continue to pursue the loan the way I was doing before I resigned. If they don’t complete that project, when I become President, be rest assured that I will complete it,” Amaechi stated.