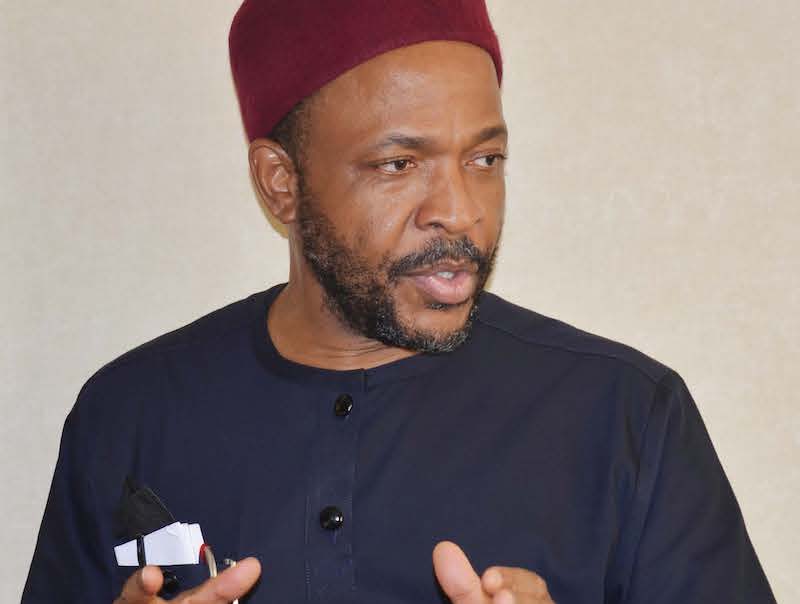 *Explains zoning is difficult after people had purchased forms

With just a few days to the presidential primary of the All Progressives Congress (APC), presidential hopeful and former Minister of State for Education,  Chukwuemeka Nwajiuba, has described the trio of Vice President Yemi Osinbajo,  Bola Ahmed Tinubu, and Senator Ibikunle Amosun – all contenders for the APC ticket – as unsuitable for Nigeria’s current work plan.

Nwajiuba, however, described the three contenders to the office of president as nice people. But he insisted that it made no sense for anyone from the South-west to be pitching for the presidency of the country now, after former President Olusegun Obasanjo’s eight years in office and Osinbajo about to serve out another eight years as vice president.

The former minister spoke exclusively to THISDAY in a presidential series interview.
He said former President of the Senate, Senator Ken Nnamani, and former Minister of Science and Technology, Dr. Ogbonnaya Onu, were patriotic Nigerians with good intentions, but maintained they were disadvantaged by their ages, as they were above 60 years.

On the question of zoning, which some have called an albatross in the party, Nwajiuba explained that it became difficult the moment everyone was allowed to purchase nomination forms.
He suggested that the reason bandits recently attacked a Kaduna bound train might be because they thought most of the passengers were delegates heading to Abuja to share from a dollar rain by aspirants, who had monetised the nomination process.

According to the Imo State-born lawyer, who resigned his ministerial post to contest for the presidency, “You may be a smart person in the 60s, but the knowledge of economy has moved beyond your era. You might have governed Lagos State before, but those people you trained are also doing fantastic.

“That, then, did not make the knowledge resident in only you. You could have great leaders like Asiwaju Tinubu or men like Ibikunle Amosun, even the vice president, Yemi Osinbajo, who by their nature are very nice persons, they might not be suitable for the work plan now.

“There are those, who mean well but being challenged by the age factor, like the former senate president, Ken Nnamani. He is a lovely person, who has the interest of Nigerians at heart, but he may not be as strong as he used to be when he was in government. So, you must excuse him.

“The same thing applies to Ogbonnaya Onu, who also has the challenge of age. They are good men. We also have younger elements, like the governor of Kogi State, who, very agile in his 40s, but he has not garnered a nationalistic experience yet. He must be given room to grow.

“There are many constraints for different aspirants. We need somebody, who has the empathy, the energy, the enthusiasm, and exact understanding of the experiences and knowledge that are required.”
Still on zoning and why some of his former colleagues in President Muhammadu Buhari’s cabinet opted out of the presidential race, Nwajiuba said, “Yes, maybe because they did not study the time frame very well. I don’t know whether they had certain other interpretations around it. Some may not have enough funds to pay for the forms.

“About 3,816 people contributed the money, which I used to buy my own form and I’ve published their names. People contributed between N5, 000 and N500, 000 each within two weeks across the country. So, if we are going to build a consensus around the 24 aspirants, we will then talk about the location.

“Nobody had zoned the positions before people started purchasing the forms. So, you cannot zone after they had purchased the forms. It is from the people, who are now available that you will look at what each aspirant is bringing to the table and how best would they solve Nigeria’s problems.”

Nwajiuba, who defended the decision by some northerners to join the race, said, “There are three people from the north, who purchased the APC presidential forms: President of the Senate, Ahmad Lawan; Governor of Kogi State, Yahaya Bello; and Governor of Jigawa State, Abubakar Mohammed Badaru. They all have the right credentials to be Nigeria’s president.

“They are men of foresight. They are from the North-east, North-central, and North-west. They are possibly in the contest to make a statement that if we are talking about national justice and fairness, we should only be thinking of the South-east. This is because it is the only zone in the south that has not produced president since 1999.
“However, for them to be seeing about eight people from the South-west suddenly laying claims to the same argument they had against the north makes it look very silly. This is because you cannot be accusing the north of something you are also perpetrating.

“Olusegun Obasanjo had been president for eight years; Osinbajo has been vice president since 2015. Why should the South-west say the north should cede power to the south and that they must be the beneficiary? How does that make any sense of any type?

“Yet they are asking the young patriots in the north to cede power to them. I am sure if the South-west pulls out of the presidential race, aspirants from the north would also rest their ambitions and allow the South-east to produce Buhari’s successor in 2023.”

Addressing allegations that he had not been going round to meet with delegates, probably, because he was complacent that Buhari already had his back, Nwajiuba said, “My job is how to organise the country. We have five delegates from each ward, including the chairman and the secretary. One of the remaining three delegates must be a woman. We were already a factor in every polling unit before the election started. That is how we think in modern times.

“If you like buy two aircraft and be crisscrossing the country, once you leave your destination, other people will go and dine there. That is not how politics is done. We don’t need to do dollar bazar on the day of the presidential convention.

“We don’t want the bandits to come and attack us, like they did the last time, when they attacked the train going to Kaduna, because the bandits thought they were delegates, who had come to Abuja to collect dollars. If we insist on bringing everybody here and cause a naira rain in Abuja, how will the poor people survive?”