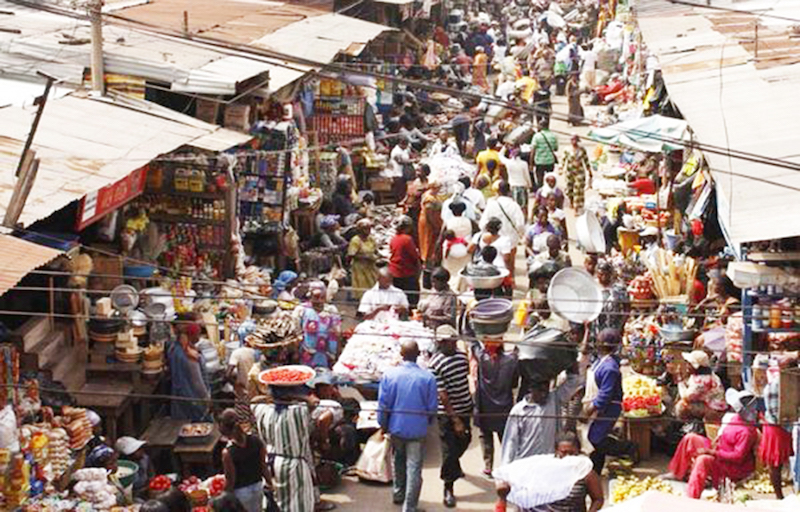 As inflation pushes the economy towards a breaking point, is there leeway for policy interventions? James Emejo asks

A growing number of Nigerians are becoming uncomfortable with the country’s monthly inflation outcomes in recent times. Even when the National Bureau of Statistics (NBS) indicates that the headline index drops in a particular month, it is often the opposite in reality as food and commodity prices hardly moderate.

Inflation which is one of the macroeconomic parameters used to assess the health of an economy has been on an upward trajectory for several months with its negative effects on the general economy.

Food and commodity prices have spiraled out of control in recent times, making it difficult for the ordinary Nigerian to meet basic needs such as food.

The Central Bank of Nigeria (CBN), which has the mandate to rein in inflation appears to have run out of monetary options for tackling rising prices as the problem is more of structural issues that have continued to fuel inflation.

An import-dependent and undiversified economy such as Nigeria, with a low export base and low domestic output as well as high youth unemployment coupled with insecurity that has kept farmers away from their farms – is bound to be subjected to external shocks.

According to the NBS, the Consumer Price Index, (CPI) which measures inflation increased to 16.82 per cent (year-on-year) in April compared to 18.12 per cent in April 2021. This is the highest rate of inflation within the past eight months.

However, month-on-month, the headline index increased to 1.76 per cent in April, representing a 0.02 per cent rise compared to the 1.74 per cent recorded in March.

The statistical agency explained inflation rate slowed down in April when compared to the same month in the previous year, though price increases occurred in every parameter that yielded the headline index during the review period.

According to the CPI report for April which was released by the  NBS, this rise in the food index was caused by increases in the prices of bread and cereals, food products, potatoes, yam, and other tubers, wine, fish, meat, and oils.

The average annual rate of change of the Food sub-index for the 12 months ending April 2022 over the previous 12-month average is 18.88 per cent compared to 19.21 per cent in March.

On the other hand, core inflation, which excludes the prices of volatile agricultural produce stood at 14.18 per cent in April 2022, up by 1.44 per cent when compared with 12.74 per cent recorded in April 2021.

Essentially, There were increases in the prices of gas, liquid fuel, cleaning, repair and hire of clothing, clothing materials, other articles of clothing, and clothing accessories.

The percentage change in the average composite CPI for the 12 months ending April 2022 over the average of the CPI for the previous12-month period is 16.45 percent, showing a 0.1 per cent decrease compare to the 16.54 percent recorded in March.

Inflationary pressures had mostly been associated with the food sub-index following shortages resulting from the inability of farmers to access their farms as a result of insecurity which remains a major constraint to growth besides infrastructural deficits.

Inflation is further exacerbated by the disruptions in the global supply chain following the ongoing war between Russia and Ukraine which had sent food and commodity prices to the ceilings. Increases in fuel and electricity prices in the country have further contributed to rising prices.

The CBN has severally stressed that structural constraints were responsible for current inflationary pressures in the economy but the global disruption in supply order has also taken its toll on prices.

The apex bank had targeted inflation of between six to nine per cent and deployed all monetary policy tools in recent times to keep it in check but the fiscal side also needed to do more to rein in inflation especially as election spending tends to compound the headline index in the coming months.

Analysts in separate interviews with THISDAY predicted that the high inflation was likely to remain shortly and offered intervention options that will reverse the upward trajectory.

Managing Director/Chief Executive, SD&D Capital Management Limited, Mr. Idakolo Gbolade, said the government needed to rejig the economy by ensuring that the country achieves self-sustainability in crude oil refining and fertiliser production to increase activity in the agriculture sector and other major areas of production.

He said Nigeria needs to block the continuous crude oil theft that now amounts to almost 90 per cent of production leading to the country’s inability to meet up OPEC quota which has reduced the expected gains from the increased crude oil price.

Gbolade said, “The inflation index is not in congruence with reality. statistically more of Nigeria has been drawn into poverty in the first quarter of this year.

“We have witnessed continuous food inflation in the past three quarters and it is not abating. All economic indices are going south with no end in sight.

“Nigerians would soon start leading street protests if the hardship becomes unbearable. Crime has also been on the increase because of continuous hardship in the land.”

Also, commenting on the rising inflation, Managing Director/Chief Executive, Credent Investment Managers Limited, Mr. Ibrahim Shelleng, said in the short term, the cash-strapped government may consider diverting some of the petrol subsidies to food subsidies to ameliorate the effects of inflation on Nigerians.

He said in the longer term, the government must improve infrastructure and ramp up local production to alleviate some of the supply shocks, especially regarding food.

Shelling said, “The economy was showing signs of recovery before the Russian-Ukraine crisis having come out of the COVID-19 induced downturn. Sadly, our import-dependent economy is highly susceptible to global markets, and whilst the latest inflation figures suggest moderation compared to 2021, it does not tell the full story.

“The average Nigerian would certainly attest to the sustained hardship caused by the high inflationary environment, which sadly does not look like tapering in the short term. Supply shocks still exist; currency devaluation and other cost-push inflationary pressures will certainly exacerbate the situation.”