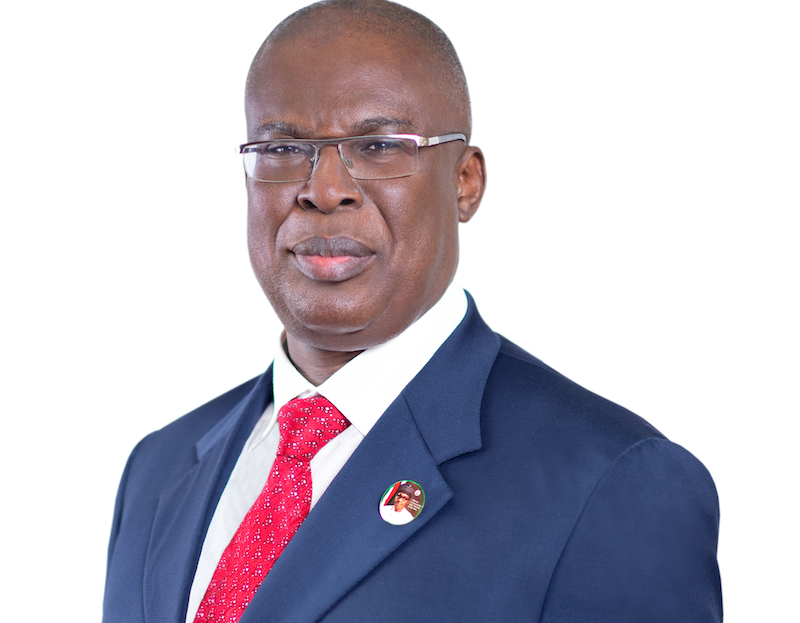 The federal government yesterday stated that Sub-Saharan Africa could require as much as $60 billion to access reliable electricity and clean cooking facilities between now and 2030.
The Minister of State for Petroleum Resources, Timipre Sylva, who disclosed this, noted that an annual investment of around $35 billion could bring electricity access to 759 million Africans who currently lack it.
Speaking at the annual Symposium and Exhibition of the Society of Petroleum Engineers (SPE), in Lagos, Sylva added that another $25 billion a year could help 2.6 billion people globally to access clean cooking by 2030.
The SPE annual symposium and exhibition had as its theme: “Energy Transition in Africa: A Strategic Pathway to Net Zero.”
“Annual investments of around $35 billion could bring electricity access for 759 million people who currently lack it, and $25 billion a year can help 2.6 billion people gain access to clean cooking between now and 2030,” the minister said.
However, he stressed that the required investment represents only a small fraction of the multi-trillion-dollar global energy investment needed overall.
Sylva noted that despite contributing less than six per cent of world energy consumption and two per cent of total global emissions, there was need for the continent to shift to cleaner energy use.
With significantly untapped fossil fuel reserves, which could provide the much-needed foreign direct investment and export revenue, Sylva said Africa has the ability to play a leading role in this regard.
However, the minister stressed that Nigeria has the mineral resources with approximately 208.62 trillion cubic feet (TCF) of proven gas valued at over $803.9 trillion and potential upside of 600TCF of gas, the most extensive in Africa, and in the top 10 globally.
Describing the Petroleum Industry Act (PIA) as a game changer, Sylva said the legislation would help support the continent to alleviate energy poverty.
“The PIA has generous incentives to enable development, distribution, penetration, and utilisation of gas even as it incentivises entry into the midstream, especially for pipelines with an additional five-year tax holiday for investment in gas pipelines.
“The PIA is a supply-side enabler, capable of provoking and triggering commercial interests and investments in gas utilisation as well as treating gas as a stand-alone commodity.
“As a nation, we are following a transition pathway that combines technology, investment, business strategies, and government policy that will enable Nigeria to transition from its current energy system to a low-carbon energy system with natural gas playing a pivotal role over the next generation, roughly between now and 2060,” he added.
The minister insisted that there must be multiple pathways to the energy transition in order to ensure that no country is left behind in the process of achieving net-zero by 2060.
“As a continent, we need to be intentional and recognise the need to develop hydrocarbon resources in environmentally and socially responsible ways.
“And as alluded to by the African Union, we need to be realistic in choosing the energy transition pathways which addresses our unique requirements and circumstances,” Sylva said.
According to Sylva, global energy demand would likely be almost 60 per cent higher in 2060 than today and by 2070 the world is likely to be using at least 50 per cent more energy than it does currently as population grows and people seek to improve their quality of life.
“According to the International Energy Agency (IEA), renewable energy is expected to support the growth of electricity from 20 per cent to 50 per cent of total energy supply by 2050.
“The remaining energy demand that is impossible to electrify will require cleaner solutions, which can only come from natural gas – the closest ally to renewables,” he noted.
Quoting United Nations estimates, he noted that the current world population of 7.6 billion was expected to reach 8.6 billion in 2030, 9.7 billion in 2050 and 11.2 billion in 2100, while half of the world’s population increase is anticipated to occur in just five nations in Africa between 2017 and 2050.
He listed the countries as Nigeria, the Democratic Republic of Congo, Ethiopia, Tanzania, and Uganda.
Sylva said around 900 million people are presently without access to clean cooking in Africa; and in 32 countries more than 75 per cent of the population are without access to clean cooking.
“Let me also mention that the world’s 20 least-electrified countries are in Sub-Saharan Africa, where most of the global unserved population live,” he pointed out.
But he insisted that the foregoing does not mean it is all gloom and doom, maintaining that everyone in the world could have access to clean, affordable energy within the next nine to ten years if countries modestly increase investments.