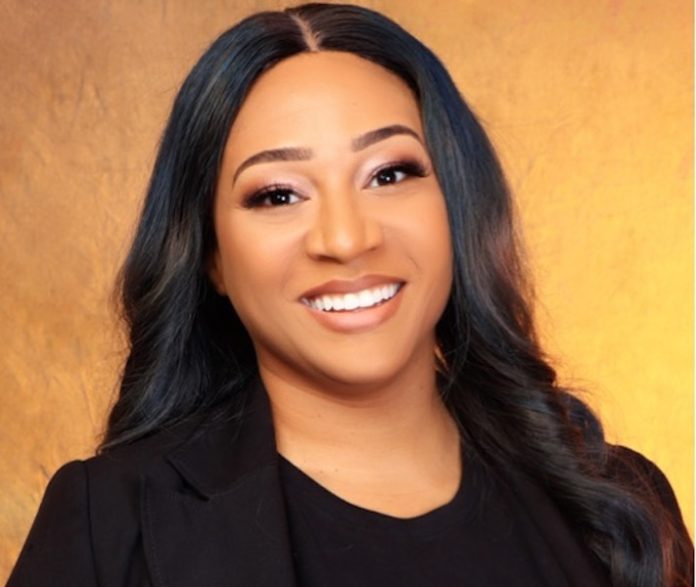 In this encounter, Antonia Ally, the CEO of Herbert Onyewumbu Wigwe (HOW) Foundation, a non-profit organisation reveals to Vanessa Obioha the benefits of having the right kind of mentors

for younger ones through a glimpse into her life and her work at the foundation.

On the day we met, snarling traffic characterised the Victoria Island and Ikoyi axis. Being highbrow areas where drivers are supposedly saner, a minimum degree of reckless driving was encountered. Everyone moved as if they were in an orchestra, waiting for the next sign before they progressed.

Antonia Ally was already seated in a posh restaurant in Ikoyi where we had scheduled our meeting, thankful that she escaped the traffic yet sympathetic to this reporter’s plight. Looking resplendent in a flowing African print gown with her hair styled in a long curly ponytail, Ally looked like a fashion model rather than the woman in charge of Herbert Onyewumbu Wigwe (HOW) Foundation, a non-profit organisation founded by the Group Managing Director/Chief Executive Officer (GMD/CEO) of Access Holdings Plc, Herbert Wigwe. The foundation is built on the core values of education, health and empowering young people.

Since the foundation’s six years of existence, Ally has traversed different parts of the country to achieve the objectives of the foundation. From sponsoring the building of the Hope Centre in Makoko to donating an e-library to Aguda Grammar School in Lagos; distributing mosquito nets and other malaria treatment essentials in different communities; creating awareness of prostate cancer through a charity football match; to organising empowerment and mentorship programmes for youths such as the ‘Be the Best series.’

During the pandemic lockdown period in 2020, the HOW foundation provided palliatives for many. On one occasion, Ally recalled she had to take food supplies to the people of Isiokpo in Rivers State. The day of her arrival coincided with the day the governor, Nyesom Wike declared restriction of movement in the state. Ally revealed that she was scared of running into the governor who is known for his ‘no-nonsense’ demeanour.

On another occasion, the native of Cross River State lamented the economic privation of the country when she visited the Sura community in Ikoyi.

“The COVID lockdown period was very painful to see honestly. I remember we were given out food in Sura, Ikoyi. The people that came out first were all the young agile people that I’m sure could get food. We had to go into people’s huts where there were sick and old people who hadn’t eaten in days, especially the widows. It just opened my eyes to the amount of poverty that is around us. Some people don’t even have money to open an account. They can’t even afford the N1000 opening fee.”

Experiencing such poverty first-hand somehow motivated Ally to do more.

“I feel like some people are benefitting from the failure of Nigeria. I am definitely going to continue pushing and be among those who would not want it to get that bad or to the point where we no longer exist. That’s not an option for me.”

She gave a profound interpretation of the current situation in Nigeria.

“I think most Nigerians are selfish. We always put ourselves first before others.  What we however fail to understand is that the neglect of the strangers around us is going to affect every single individual. The suffering we are experiencing now, everybody is affected. Even the billionaires are affected. I think now, people are beginning to wake up to the reality that our success story is going to be a collective effort.”

Ally lost her mother at the age of two. As the only child of her parents, she was raised by her grandmother whom she inherited some of the values she lived by. Still, their personalities differed. While her grandmother was the reticent and routine type, she was adventurous and spontaneous. Therefore, going to remote areas to push the cause of the foundation was no headache to her, nor adopting a dwarf crocodile from the Green Fingers Wildlife Conservation Initiative for the foundation as part of her mission to help in teaching the younger generation how to live sustainably within the ecosystem.

Like her grandmother, she is practical and not materialistic.

“I drive a Hilux,” she laughed. “I think I’m the only girl in Lagos that drives a Hilux.”

“Of course, I love fine things but not to the extent of compromising my morals or values, which I see a lot in my environment” she added.

Ally, who is a graduate of Business Management and Marketing from Brunel University, United Kingdom, often found herself playing the role of an older sister to her 12 cousins. They filled in the gap of siblings and made her feel responsible, a role she relished.

Ally found this trait of mentorship lacking in society today.

“Looking back to when I was younger, I feel one of my biggest issues was mentorship. It’s very difficult to find the right kind of mentor in Nigeria. The mentors we need to move this country forward are not many and somehow, younger people nowadays do not really look up to the leaders anymore. Maybe because of the lack of mentorship so they are making use of what is available and more accessible.”

A passionate Nigerian, Ally may not readily accept that she is playing the role of a mentor to many young people, but she is already walking as one. For instance, it is easy to conclude that with her pretty face, she is materialistic and probably has access to the good things of life. But when people see her work tirelessly at the foundation, they evoke two kinds of reactions. The first is shock which slowly turns into admiration. Oftentimes, younger girls approached her to mentor her on how they can build a career of their own instead of living the ‘baby girl’ life.

“These girls are at the same time dealing with sexual harassment at the workplace and dealing with the mentality that some men and women see women as prostitutes particularly when you are good-looking. So they really want to find out how they can get respect in such an environment,” she said bluntly.

Still citing her experience, Ally who has over five years experience in Sales and Marketing said most women do not readily mentor young girls because they often feel like they are threats or are more interested in their personal life than imparting knowledge.

To this end, the UN Global Peace Ambassador advocated the need to protect the girl-child who are often victims of sexual violence or harassment. Ally’s stance is that the boy-child needs to be disabused of victim-blaming girls.

“They should understand that it is their duty to protect them in society. There is a lot of education that needs to be done.”

She cited Wigwe as one of the few men who understands what it is to be a woman in today’s world.

“In his own capacity, he educates his fellow men on what sexual harassment is. We need more people like him. Again, if you look at developed societies, the better the relationship between the men and the women; the more mutual respect between both genders. In my opinion, the average Nigerian man does not respect a woman as a fellow human being.

“There are women who are comfortable using the bottom power to get what they want but we need our society to get to the level where women have equal opportunity to acquire certain goals based on experience and merit,” she opined.

Despite the various achievements by the foundation, Ally stated that the impact recorded is still in trickles compared to the capacity of the founder.

“He started the foundation while he was the Managing Director of Access Bank. He has had to limit himself to things that he gets involved in when it comes to the foundation to avoid controversies and rumours. He had just tried to make an impact based on my capacity. I believe now that he has stepped down, we can make more impact based on his capacity.”

By capacity, Ally meant leveraging the large network of the founder. Her ultimate goal is to fly the Nigerian flag high through the foundation.

“My goal is to make the HOW foundation one of the most respected non-governmental organisations (NGOs) in Nigeria. Having that ideology that Nigerians are fraudulent, I would like the foundation to be known as a Nigerian brand that everyone can be proud of.”

“Personally,” she added, “I would like to be in a position where I can make more impact.”