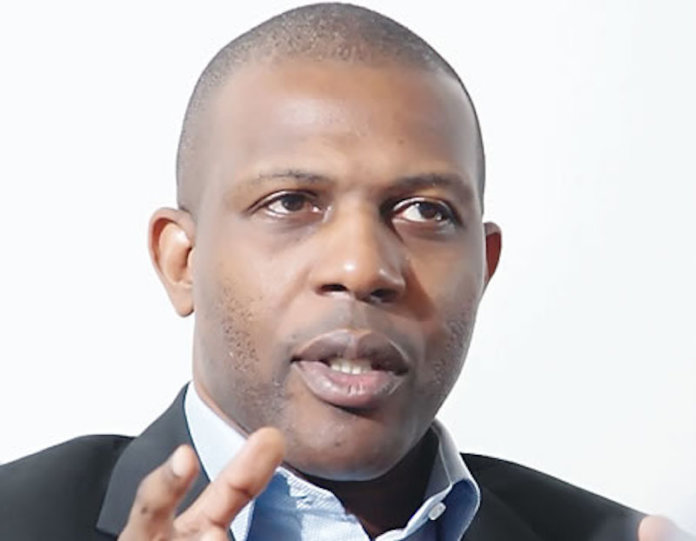 Tonye Princewill, a businessman and chieftain of the All Progressives Congress in Rivers State tells Nseobong Okon-Ekong that Transportation Minister, Rotimi Amaechi stands a better chance of serving Nigeria as President

The reconciliation process in APC appears not to be yielding dividends. How do you think this will affect the chances of the party in 2023?

Nigeria’s biggest challenge in my honest opinion is not corruption or insecurity, neither is it unemployment, although it is second on my list. Our biggest problem is internal party democracy. How we as party members chose our leaders. If we can get that right, the leaders we have will be true representatives of the wishes of the people and then the scourges of youth unemployment, corruption and insecurity that the masses are facing will give way to the development that has been so elusive to our beloved nation. Trace the problems in the party and you will find that they are linked to the lack of internal party democracy. So to your question; reconciliation is critical. It is not what happens to you, but how it is addressed. Show respect, listen to opposing views and find a way to put them behind you and you will see the results. In 2014, APC showed Nigeria how reconciliation and collective interests produced a consensus that overthrew an incumbent government. Men decided to bury personal interests to converge around a single ideal that kicked PDP out of power. In the pursuit of retaining power, APC has to do the same otherwise it will have a taste of its own medicine. A word is enough for the wise.

Some Nigerians are of the opinion that President Buhari missed the opportunity to engrave his name in gold by his refusal to sign the electoral Act as passed by the National Assembly. What is your take on this?

The opportunity has not been lost and the President’s legacy is bigger than the passage of one bill into law. Granted this bill is no ordinary bill and granted its passage has the potential to change the landscape of how we conduct elections in the future, but it is my firm belief that the two branches of government under the umbrella of the same party, will reach a consensus because they have the capacity to do so. Extracting direct primaries, which I favour, should give us a way forward. Future amendments can tick that box. Like I have said, how we chose our leaders is important. I will go further to say, the cost of doing a direct primary is small in comparison to the cost of flawed primaries when you consider the cost of bad leadership. But politics is about compromise. Great nations are not built over night. This government can shift the needle, even without direct primaries because the bill contains many other changes that will foster more credible elections.

If the APC is unable to resolve its many internal crises ahead of the 2023 presidential election, do you foresee the PDP taking advantage of the situation?

It’s not impossible. PDP is weak and also prone to a customized implosion of its own, but nobody should ever be underestimated. Nigerians have very short memories. Some have forgotten what PDP represents and cut off their nose to spite their face. I’ve seen men do very strange things, only to regret it later. Besides, powerful men being out of power for eight years can do powerful things like swallow their own vomit to get back in. For many, politicians, politics and power is all they know. They can do anything to remain relevant. The other factor to consider is 2023 may not be about party. It may be about candidate. If PDP brings a popular candidate, he or she can give the party a new image. The message to us in APC is do not take Nigerians for granted. And I am so sure, we will not.

What is your take on zoning, particularly of the presidential ticket ahead of next year’s general election?

In a mature democracy, zoning has no place. But in a fledgling one like ours, with a pluralistic foundation and a history of ethnic, cultural and religious tensions, only a politician blinded by overreaching ambitions, can ignore it. Since the world is full of selfish politicians, there are many legal loopholes available to deny zoning. But that which is unjust and morally bankrupt, eventually falls.

Speculation is rife that certain chieftains of your party are encouraging former President Jonathan to defect to the ruling party and pick its presidential ticket. As someone from the South-south zone, are you excited by the move to lure Jonathan and thrust the APC ticket on his laps?

Some of us in Rivers state who fell victim to the imposition of Wike on us in 2015, remember the role of our former President and his wife in the marginalization of their fellow Ijaw’s interest for the Governor of Rivers state. Like we later suffered in the 2019 election too, a desire to settle personal scores with Amaechi also contributed to make us lose that election too. We are still suffering the consequences today. But it’s politics, it isn’t personal. Let’s leave speculation, my father taught me not to believe in my breakfast until I’ve eaten it. If the former President comes to join us, we will give him a special welcome.

I watched it with keen interest and I saw what I felt was a man who felt it was time to send out a signal. He will defend his legacy, protect it and see to it that he leaves Aso Rock with the knowledge that his gains will not be reversed. It’s timing was no accident.

The APC lost Edo to PDP; it was equally denied its mandate in Bayelsa state through Court pronouncements. As we approach 2023, is there hope for your party in the South-south geo- political zone?

Yes, there is. APC’s biggest challenge is APC. Not just in the South-south geopolitical zone, but nationwide. If the leaders in the South-south, for example, can find a way to work together; they will make great gains in the region. I can see the signs of this beginning to emerge. The new leadership of the party can build on this, when they emerge. That’s why I am looking forward to the quality of Leadership that will emerge. So far, the field is narrowing and the final picture appears to be producing the kind of politicians who know what it takes to win wars and not isolated battles.

Finally, there is so much anxiety over the February date for the party convention. One of the reasons being advanced by those calling for extension of the national convention is the internal dissension and the ongoing reconciliation process. Is it a valid argument that the reconciliation Committee should conclude its assignment before the party proceed with election of national officers?

Yes, that is correct, but the clock waits for no one. The arguments for and against are both valid. But it is what it is. A date has been set and the process for a new convention is underway. The debate is over and it is no longer productive to lament. I believe that the cards we have in front of us may not be ideal, but we can work with them and still secure a brand new mandate in 2023. The buck stops with the new leadership.

Against the background of Tinubu’s declaration, what is your take? Should he remain a king maker?

Tinubu is entitled to run and so it’s not for me to say, he should not. But my candidate remains the Rt Hon Rotimi Amaechi and I say so, not just because he is from my state, because that is not enough. I say so because his track record, his commitment, his energy, his ability to get things done, his age and his ability to reach a consensus over the years, stands him in good stead. As our speaker, he was the Chair of Speakers, as Governor, he was the Chair of Governors, as Minister, he is the best performing Minister, by far. So as President, I know the trend will continue. Nigeria is far too important to leave tomorrow to chance.