Could President Muhammadu Buhari have turned his back against the implementation of fuel subsidy removal after he signed the Petroleum Industry Bill Act into law in August 2021, or was the Senate President, Ahmed Lawan, flying a kite to pre-empt the organised labour, which threatens to shut down the country should government remove the subsidy as promised? These are some of the questions examined in this report by Festus Akanbi

However, in what looked like a volte-face on subsidy removal, the Senate President, Ahmed Lawan, based on a meeting he had with President Buhari, said the President did not send anybody to remove fuel subsidy.

“I’m happy to inform Nigerians that Mr President never told anyone that the petroleum subsidy should be removed,” Lawan was quoted as saying.

Nigerians were still recovering from the shock that accompanied the Senate President’s remarks, when another report surfaced, claiming that the National Economic Council (NEC) may have approved N304 as recommended cost of a litre of fuel under a deregulated regime. This was billed to commence next month as part of the government’s plan to fully deregulate the PMS prices, eliminating monthly subsidy payments with provisions to ensure fair competition in the market.

Petrol price is currently between N162 and N165 per litre in Nigeria.

The recommendations were put forward by the NEC ad-hoc committee interfacing with the Nigerian National Petroleum Corporation (NNPC) on the appropriate pricing of PMS in Nigeria. The report was presented by Nasir El-Rufai, governor of Kaduna State and head of the committee, in November 2021.

The committee was established last year by NEC headed by Vice-President Yemi Osinbajo to look into the dwindling revenues of states.

Other members of the committee include Godwin Obaseki, Kayode Fayemi, and David Umahi, governors of Edo, Ekiti and Ebonyi states respectively; as well as Godwin Emefiele, governor of the Central Bank of Nigeria (CBN); and Mele Kyari, Group Managing Director of the Nigerian National Petroleum Corporation (NNPC); Zainab Ahmed, Minister of Finance, Budget and National Planning.

Although subsidy removal has been in pipeline since the coming of the current administration which reportedly uncovered large scale fraud in the subsidy regime especially under the previous administration. Talk about the frauds became a ready-made point of campaign by the All Progressives Congress (APC), which promised to clean the nation’s oil industry as well as put an end to the fuel subsidy scam, should it win the 2015 general election.

However, the resolve of the President Buhari’s government to stop the subsidy on petrol could not materialise until the Petroleum Industry Act became a law on August 6, 2021, after it was signed by the president. The PIA became the harbinger of hope which some Nigerians banked on for the commencement of a transparent petroleum industry administration in the country.

In an earlier interview, Minister of State for Petroleum Resources, Timipre Sylva, said petrol subsidy will be removed after President Buhari signed the Petroleum Industry Bill (PIB) into law. The Senate passed the PIB on July 1.

In what signposted the readiness of the current administration to kick-start the subsidy removal, Minister of Finance, Zainab Ahmed, in November last year said “the subsidies regime in the (oil) sector remains unsustainable and economically disingenuous”.

She said the government was going to give N5,000 a month to the most vulnerable Nigerians as a transport subsidy.

In December 2021, the International Monetary Fund (IMF) advised the federal government to remove fuel and electricity subsidies in early 2022, noting that the subsidies benefit only the rich.

The World Bank also joined the fray, calling on the federal government to end what it described as ‘its expensive fuel subsidy regime’ within three to six months.

The global lender in its report advised that the removal of the subsidy must be accompanied by ‘aggressive reform effort’ that could contribute more to growth than a sustained period of high oil prices.”

According to the World Bank Update, the poorest 40% of people in Nigeria consume less than 3% of the total available Premium Motor Spirit in the country, noting that the rich benefitted

Economic affairs commentators and members of the opposition had waited for a rebuttal of the claim by the Senate President, given the overwhelming support for the planned subsidy removal and the various pronouncements made over the issue by members of the President’s cabinet.

A Lagos-based economist who prefers anonymity said although the Senate President is a high ranking political and government leader, his claim that President Buhari has dissociated himself from subsidy removal should be taken with a pinch of salt.

“Recall that the President had hinted about subsidy removal when he signed the Petroleum Industry Act into law last year. We should wait until he publicly renounces his earlier position on this issue, the economist, who is also the managing director of an asset management company told THISDAY.

Chief Executive Officer, Centre for the Promotion of Private Enterprise (CPPE), Dr Muda Yusuf, in an interview with our correspondent, dismissed the Senate President’s statement on subsidy removal, saying there is a law that is governing the deregulation of the petroleum industry which cannot be invalidated easily.

He said, “My perspective is that we have a law, which is the Petroleum Industry Act and to the extent that the law has not been repealed, I think the position of that law is binding on everybody including the president. He was the one that signed the law and this deregulation is part of the law, so the fact that the Senate President went there, we don’t know what they discussed, but that is not enough to override an act of the National Assembly, that is very clear, and that is the law.”

Yusuf also sees the Senate President’s report as a mark of inconsistencies, given the commitment of the agents of President Buhari administration on subsidy removal.

“The second point is that it will amount to very big inconsistencies, apart from the legal aspect. The ministers -the finance and petroleum – have been speaking about deregulation, the National Assembly has been speaking about it, so how can you suddenly turn around and say the President is not aware of it? It doesn’t add up. I think there are some gaps in that communication between the Senate President and the President. But the situation, as far as government policy is concerned, is quite clear.”

The economist, however, doubted if the current arrangement can make subsidy removal workable since the policy was being pushed because of the anticipated readiness of Dangote and NNPC refineries within the first half of the year.

(I believe that was the calculation of the government, that the Dangote Refinery and the NNPC Refineries would have come on stream by that time), if we have this and we have very robust refining of petroleum products, then it will be easy to transit into a full deregulated regime. But if the refineries are not ready, it will be extremely difficult, particularly from the political strategy point of view. It’s very difficult to remove subsidies when you have a few months to the election. But that is not enough to invalidate whole legislation and act,” Yusuf insisted. 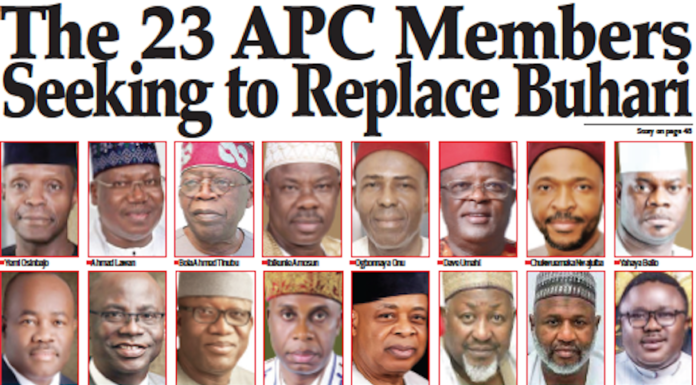