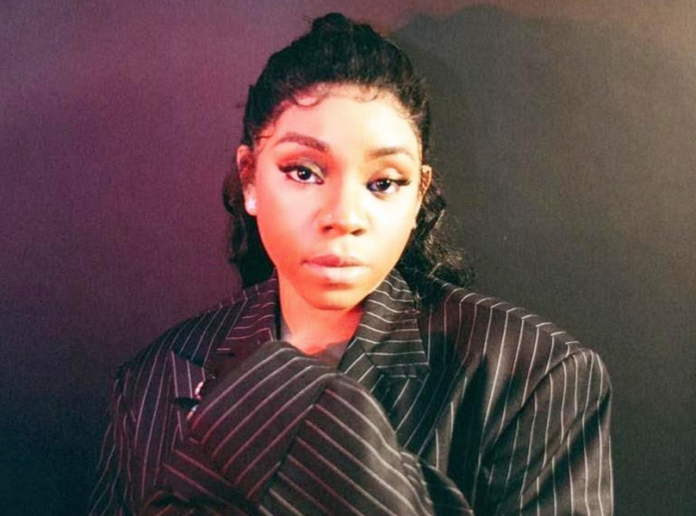 Her inviting verse, “My baby bad, my baby good, my baby all things I need…” trended and was pretty hard to miss at the sound of it. So much that it ranked her single, ‘Baby Riddim’ as one of the most popular songs in the country last year. Well, that’s Godsfavour Chidozie, whose moniker, Fave has taken over airplays. From being a regular aspiring artiste on SoundCloud to having the No 2 song in the country, the 21-year old’s breakthrough is inspirational beyond doubt.

To Fave, 2021 was crazy, 2022 will be crazier. The Fast-rising singer/songwriter has got her fans streaming to her debut EP, ‘Riddim 5’ which dropped on Thursday January 20, 2022. This comes after an impressive 2021, which saw the Empawa Africa artiste drop top chart singles. The EP premiered on all major streaming platforms with five solo tracks – Obsessed, S.M.K, Kilotufe, Mr. Man, and her most succesful hit, Baby Riddim. Going by her previous songs, Fave might get listeners hooked to the EP all year long.

Fave has been creating vocal elixirs, such that she would love to take over the world with. She explained during a chat that, “I don’t think my sound or music is restricted to a particular place or territory. There are different people I want to work with; different sounds I would love to explore. And I want to touch not just a few people with my song but also the entire world. So that’s the way I definitely see myself”.

Prior to major industry co-signs, as well as a record deal with Mr. Eazi’s EmPawa imprint, Fave was just another young university student bootlegging her career with favours from student-producers. A viral freestyle brought her under the radar of Afro-fusion rapper/singer, Olamide. The single ‘N.B.U’, produced by Lagos based Jinmi Abduls, was a blend of upbeat pop and Afro that soared across playlists and social media during the lockdown.

This began opening doors for features that would eventually lead her to appear on two tracks (Want and Pon Pon) on Olamide’s UY Scuti Carribean sound like released last year. “Throughout her appearances on multiple tracks, Fave manifested a novel warmth in her lyricism, added with an ease with vocal delivery that ultimately won the hearts of more notable artistes and a Gen-Z audience hungry for more young female singers following Tems’s ‘Try me’, a music columnist remarked of Fave’s iconic rise-to-stardom.

Now, with several top-chart singles, including the acclaimed love ballads, Beautifully, aFave is steadily expanding the league of breathtaking female voices in Nigeria’s music scene. From her debut dubbed, Me or Mask My Sins (MOMMS), she has charted a course within herself, mapping her discoveries with these vocal documentaries that is her music.

About the EP, Fave says she’s pretty confident of her records and level of acceptance. “I think I say that I’m ready because my sound definitely has improved. I’ve done a lot as an artiste. If I’ve dropped an EP maybe some months back, it will definitely be different from what I’ve been dropping now. So I’m happy with where I am right now and there are a lot of people, and I also have lots of people’s attention at the moment. And people want to hear more of my sound. So I think I’m pretty confident.”