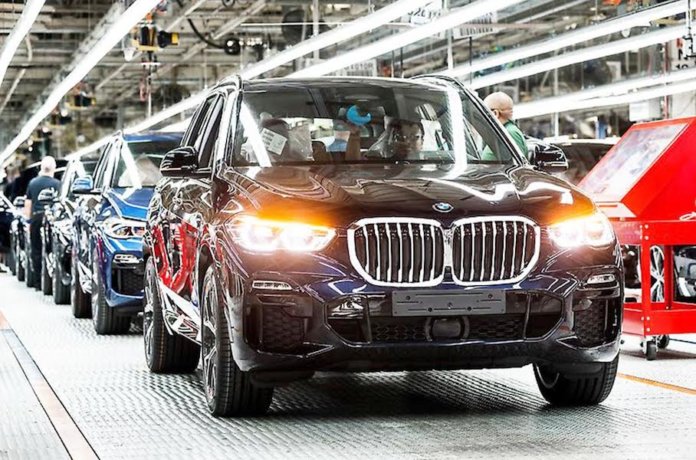 BMW Manufacturing has said it set a new production record during 2021, producing 433,810 BMW X vehicles during the year.

The automaker said in a statement that “This is a 20 per cent increase over last year’s production and breaks the previous record of 411,620 units set in 2019.” Additionally, the plant produced a record number of plug-in hybrid electric vehicles (PHEVs) last year with about 70,000 units shipped.

“The fact that the Plant Spartanburg team set a production record during a very unpredictable year is a testament to the commitment and flexibility of our associates,” said Dr. Robert Engelhorn, president and CEO of BMW Manufacturing. “Our associates continue to build premium quality products that are in high demand by our customers around the world.”

“Electric mobility is becoming a growth driver and success factor for the company,” said Dr. Engelhorn. “Our plant is fully on board to support BMW Group’s electrification strategy. We look forward to adding the all-new BMW XM to the Plant Spartanburg family of X models. Series production of the BMW XM, the first plug-in hybrid high-performance model in the BMW M portfolio, will begin in late 2022.”

BMW Manufacturing contributed significantly to the company’s U.S. sales success during 2021. Last year, 179,840 Plant Spartanburg vehicles were sold in the United States, making up 53.4 percent of all BMW brand U.S. sales. The top two BMW models sold in America were the BMW X3 and BMW X5.

Since 1992, the BMW Group has invested about $11.9 billion in its South Carolina factory. BMW Manufacturing is the largest BMW Group plant in the world, producing more than 1,500 vehicles each day.

The plant exports more than two-thirds of its vehicles to about 125 global markets. For seven consecutive years, it has been the largest exporter by value in the United States. The model portfolio includes five top-selling BMW X models, four Motorsport X models, and two plug-in hybrid electric vehicle X models. The factory has a production capacity of up to 450,000 vehicles and employs more than 11,000 people.