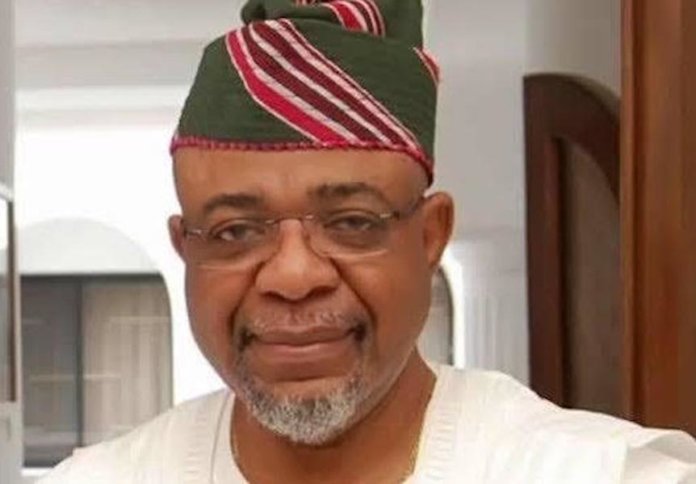 Ayodeji Ake writes that after many years of advocacy and campaign against low bed space in Nigerian health facilities, most especially in a mega city like Lagos state, the anomaly is a burden yet to be fully addressed though the Lagos State University Teaching Hospital said the government and major stakeholders have been working tirelessly to ameliorate it

“We had traversed five Lagos hospitals in seven anxious hours. Sadly, we got the same cold, lethal refrain: “THERE IS NO SPACE”. Her health had reached a frightful state already, I admit. But it wasn’t irredeemable, perhaps.”

The above words were that of Lagos-based academician, Dr. Dele Omojuyigbe, who narrated his horrible experience in five different hospitals in Lagos trying to rescue his wife from the cold hands of death.

“My son had called me about 5am to say that the doctor would like to speak with me. My heart had skipped. I was told madam is not responding to treatment again, the doctor had said. But the doctor assured me a day before that the situation was under control. He told me her system changed suddenly. He further explained to me there is an issue with the urea and the pancreas has packed up,” he continued.

“In no time, I arrived at the hospital with an official driver. I met my wife on oxygen. I was terrified. She was croaking. The entire room vibrated. Even the ante-room shook. It was terrific. I stared at her for five minutes and bowed in grief. I mourned. The nurses appealed to me to hold myself together for the sake of my children waiting at the reception. The children weren’t aware of the development. I tidied up my face and went to see the doctor.

“The doctor replied quietly that he would refer my wife to the Emergency Unit of the Lagos State University Teaching Hospital, LASUTH, Ikeja. He told me there is an Intensive Care Unit there that she needed. I asked him if there is any hope. He was hesitant and told me the chance is about 20/80. I looked into space, struggled with myself for a few seconds and vowed, even if there remains one percent chance, I will fight with it.

“Immediately, I sent my daughter home and asked her brother to stay with me. We called a driver accustomed to emergency driving, and we moved. From the private hospital in Igando area to LASUTH Ikeja. We were on a flight. We reached LASUTH but LASUTH failed. “THERE IS NO SPACE”, I was told. What should I do? Try Federal Medical Centre (FMC) Ebute Metta, the doctor said. He withheld the referral note I brought and gave me a fresh one.

“I checked my wife in the Sienna car carrying us; she was breathing silently. I was afraid. I told the driver that we were moving again. Where sir? FMC. We got to FMC after much traffic and stress, being a Friday. The same lamentation: ‘THERE IS NO SPACE’. I cajoled and pleaded. But truly, they had no space. I called one of the doctors aside and sought his advice. I was advised to try Military Hospital, Yaba because they usually have space.

“We moved again, agonisingly. I asked the driver to keep moving wherever I told him; we would renegotiate his fare. We got to Military Hospital, we were told they shouldn’t have referred us there, that they don’t have an Intensive Care Unit. The doctor who attended to me said to go to LUTH, Idi-Araba”.

“Again, we moved. At that point, my son couldn’t control himself anymore. His eyes had become red and swollen with tears. I was left with small hope and little faith. We got to LUTH. I was glad to notice that two female doctors would attend to her. They got to her in the car, actually, and examined her.

” They wrote a small report which wasn’t frightening. My son and I read it, looked at each other and had relief. But the doctors averred, ‘THERE IS NO SPACE’. One of the doctors told us to try the spill over in the next building. It is run by a private organisation that she will be attended to if we are lucky to find a space.

“My pocket had become lean then but I ran there still, ‘THERE IS NO SPACE’, the lady in charge told me. I ran back to the doctor and begged her to attend to my wife in the car. She told me it is contrary to medical ethics. The driver saw my plight and had pity. He suggested that we move to a private hospital on LASU-Iba expressway if I wouldn’t mind the cost.

“Reaching Ile-Zik, Ikeja, my wife stopped breathing. She died. I checked the time; it was 5.01pm from 9.30am. That is my country; my wife’s country, NIGERIA. I asked the driver to take us straight to Igando General Hospital for verification, since we were going in that direction already. There, she was confirmed, (BID).

“She had a good life. She was caring and loving and was on top of her profession. A Grade Level 17 officer and a school principal in Lagos, she retired statutorily in September 2020. She got punctuality awards in three different schools where she taught and was among the few principals invited for recognition at Alausa, on two occasions, for good performance (Just for mention – nothing was added). She made me proud” he narrated.

Omojuyigbe would not have lost his wife to the cold hands of death if the burden of low bed space had been addressed. Maybe his wife would still be alive if there were enough bed space in all five health facilities they went seeking timely health intervention.

Last year, in a conversation with the Chief Medical Director, LASUTH, Prof. Adetokunbo O. Fabamwo, he admitted the issue of low bed space has been a serious burden that both the hospital, government and major stakeholders have been working tirelessly on.

Fabamwo emphasised that the facility with just 750 bed space is overwhelmed already with about 50,000 patients quarterly, which makes it very impossible to admit patients in most cases.

“We want to assure citizens that LASUTH management is listening and active. We are also listening and when we find out we need to amend our way, we do so. The state government has injected a lot of money. And LASUTH has about 150 consultants in various specialties. We have consultants that perform major surgeries and we want to extend such services to our people.

“We have heard complaints about bed space, we want to address it and some of the advanced things we are currently working on. We want our stories to not be told in an advertorial style but awareness.

“We have about 750 bed spaces in the hospital and we get an inflow of about 50, 000 patients quarterly. In ensuring that we meet the demands of care as a hospital, we have streamlined our admission process by employing bed managers who constantly monitor available bedspaces and also the admission processes, reporting to appropriate quarters.

“They also monitor stabilised patients at the emergency rooms to ensure they are transferred to the wards on time, that way more spaces are created for more patients. In addition to this, the hospital has embarked on a building project with 120 beds which is another strategy to solve the issue of limited bed space.

“The automated feedback is one thing we are also proud about. We get computerised reports on a daily basis from our clients. Gone are those days we had suggestion boxes and complaints boxes but this is automated,” he said.

However, he canvassed for Public Private Partnership (PPP) to improve the health sector and to serve Nigerians better in providing quality healthcare services.

CMD Fabamwo also said the health institution is trying all possible means to interrupt health tourism of other countries by providing some health services which are more expensive in other countries.

“We are the only public teaching hospital performing regular open-heart surgeries and our team of surgeons provide training for other hospitals around the country. They have just returned from a training performed at Usman Dan Fodio University Teaching Hospital, Sokoto.

“We have one of the most sophisticated diagnostic units in the country with imaging facilities including MRI. LASUTH performs kidney transplantation. We also perform Interventional radiology and our interventional radiologist provides services for other institutions around. We have fully sub-specialised eye care including glaucoma services.

“Our Urology Unit performs endo-urology in addition to our well acclaimed radical prostatectomy procedures. We are one of the few centres performing this procedure in Nigeria and we are involved in training doctors from other centres, including Abuja and other places. Our CATH LAB is almost completed and when it is, LASUTH will become the only public hospital in Nigeria that offers services to patients who suffer heart attacks and we will also be providing invasive intervention to those who have pulmonary embolism.

“We also have a Gastroenterology Unit that performs both upper and lower GI endoscopy and when our CATH lab is completed, LASUTH will be one of the few places where ERCP can be accessed. LASUTH also provides GI endoscopy for Pediatrics patients.

“Our critical care unit provides services for public and private hospitals. LASUTH is the only hospital in Nigeria that has a holding bay/Isolation unit; a major contribution in limiting the spread of COVID-19 in Nigeria. LASUTH serves as the main centre for autopsy services in Nigeria, this centre is used to train experts in autopsy and our team of forensic experts provide services to federal and state government” he said.