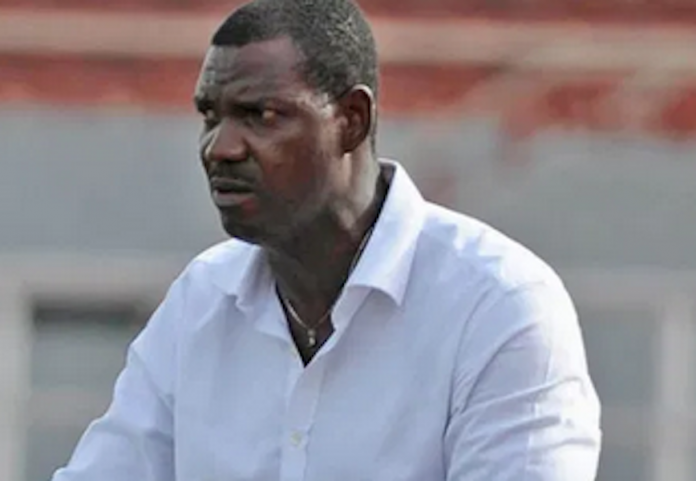 I am writing this on the Monday before our match against Egypt on Tuesday evening. The call time for this article is Tuesday 12noon. I want you therefore to note that this piece is not influenced by the outcome of our first game at the ongoing 2021 Africa Cup of Nations (AFCON) in Cameroon. I am making my projections or comments based on what I know, have seen, or read about our team, the Super Eagles.

Expectations from Nigerians of the Super Eagles this time around is not as high as it used to be. Fans would accept any result that push their team getting as far as the quarter finals. A semi-final ticket is a bonus that will excite most of us. Getting to the finals and possibly winning the trophy for the fourth time is a dream we are afraid of birthing.

Not many people expect any spectacular results from our national football team. Our preparation was shambolic. We sacked our coach, Gernot Rohr and employed another that is of inferior quality. We then drafted NFF’s Technical Director, Augustine Eguavoen to take charge of the Super Eagles for the Cup of Nations with less than ten days to the start of the competition! As if this situation is not bad enough, three key players – Victor Osimhen, Odion Ighalo and Emmanuel Bonaventure Dennis -who would have made our attack the most potent in the tournament, became, curiously unavailable. Add these to the bloated NFF jamboree delegation proposed to go cheer our team. Then, of course, you won’t forget the Federal Government’s Presidential contingent of just about everybody in and corridor of government. Are all in Garoua for Nigeria’s opening game of Group D against Egypt.

Input all these into a predictive computer and you sure will get a not-so-comfortable prediction about how our team will fare at the competition. Maybe that the Super Eagles will scrape through the group stage and shock all of us with unbelievable results remains an issue only Eguavoen and his wards have answers to.

Our team will score nine or seven points at the group stage, go on to win its second-round match, cruise to the semis, and maybe the final. Perhaps eventually win the trophy!!!

Outlandish? Maybe. But two conditions could make this happen: Coach Eguavoen and the famous fighting spirit which our countrymen, particularly our sportsmen, are noted for.

Eguavoen may well turn out to be our key to success in Cameroon. He is not under undue pressure to perform. Those who brought him back were more interested in sacking Rohr than in getting a good result at this AFCON. Their interest in our qualifying for the World Cup is bolstered by the pecuniary reward tied to qualification. So for them, whatever result we have from Cameroon would be okay since there is a fall guy for failure- Rohr’s ‘incompetence ‘ Unknown to them, Eguavoen is an ambitious coach who takes his task seriously. He is one coach who seeks to develop himself. Years ago, he sponsored himself for a two-week attachment with Arsenal FC in the UK. He has a new opportunity to prove himself beyond the bronze medal he won in 2006 in Egypt with the Super Eagles. Our success will come mainly from the ability of our team to defend well and not concede cheeky goals like we experienced under Rohr. I see Eguavoen’s Super Eagles scoring one or two goals per match and not conceding more than a goal. By the time you are reading this, I would have been proved right or wrong. I expect we will either defeat or at worse draw with Egypt and then go on to beat Sudan and Guinea Bissau. From the second round, I expect our team to progress on to the semifinals from where the desire for success and our famed ‘never say die’ spirit would take over.

With the way the team is presently structured, I foresee us getting to at least a semifinal listing mainly because Eguavoen will seek to prove he is good enough as a top-class coach. He knows enough about football as played in Africa. He has what it takes to improve on his bronze medal placing in 2006 and emulate Stephen Keshi’s record by winning gold in Cameroon. The players would be ready to roll. And any team meeting them from the semifinals should consider itself in trouble. Our team is more difficult to beat at that stage of any competition. Whatever skill there is would be supplemented by the Nigerian spirit of never giving up. After all, we are Nigerians, specially designed to survive in any situation we find ourselves in.

So, whatever happened against Egypt yesterday be rest assured the Eagles will soar in Cameroon. Not because of anything that the NFF did right but because Eguavoen and his gladiators would do enough to keep winning. If that happens it would be his baptism as a top-class coach which he is. And our Super Eagles would have once again rekindled our never say die spirit in sports. It happened in South Africa. It can happen again in Cameroon. Have faith in this team to resurrect from the dangerous edge Gernot Rohr left it.