Reactions have continued to greet Monday’s declaration by one of the national leaders of the All Progressives Congress (APC), Asiwaju Bola Tinubu, to succeed President Muhammadu Buhari in the 2023 presidential election.

Addressing the State House correspondents on Monday after meeting with the president, the former Lagos State governor, described as a “lifelong ambition”, his desire to be president of Nigeria, saying he had informed Buhari about his intention to succeed him.

However, reacting to Tinubu’s declaration, the Peoples Democratic Party (PDP), yesterday, said it was not worried about his presidential aspiration, because he was on a “journey bound to nowhere.”

Also, a group campaigning for Vice-President Yemi Osinbajo, the Progressive Project (TPP), said Tinubu’s declaration would not in any way affect its plans to push for Osinbajo’s declaration and his subsequent emergence as APC’s presidential standard bearer.

Yet, a former member of the House of Representatives and Director General of the Tinubu Support Group Management Council, Hon. Abdulmuminu Jibrin, has said Tinubu was in the presidential race to compete with others.

Speaking with THISDAY in Abuja last night, the National Publicity Secretary of PDP, Debo Ologunagba, advised Tinubu to first fix the APC as a political party before plotting to achieve his lifelong dream of being the president

“Tinubu should bear in mind that the APC had promised a change to Nigerians, but upon winning the elections, it changed its promise. This should be a source of worry to him.

“He should be worried that his party, the APC, is not a political party, but a Special Purpose Vehicle – hurriedly put in place with groups of irreconcilable differences. The APC, upon which he is embarking on his presidential journey, is a party unknown to in law as a political party.

“The APC has no working committee, it has no Board of Trustees, and it has no National Executive Committee – except for a committee unknown to in law, headed by one whose leadership is illegal – to both the Nigerian constitution and the party. As a journey bound to nowhere, the APC is nebulous,” he said.

The opposition party, therefore, described APC as an illegal contraption that had brought series of problems to Nigerians – ranging from collapse of the economy and insecurity.

The PDP added: “The vehicle that is leading him to nowhere is rudderless. APC is like a party without engine or put susceptibly, a vehicle without engine. Nigerians are not ready for such a directionless journey. My plea to Nigerians is for us to be patient till 2023 to use our votes to make a desirable change

“So, for us in the PDP, if you cannot fix the vehicle, you cannot fix a country that your party has destroyed. His aspiration is dead on arrival and it is bound to nowhere. We are not worried.”

Osinbajo’s group, the TPP, said that its teaming members were not intimidated by Tinubu’s ambition, calling on the ruling party to provide a level playing ground for all interested parties to contest its primary.

Spokesperson for the group, Mr. Olajide Michael, said Tinubu’s declaration neither took them by surprise nor would it make them lose focus.

Olajide said although they expected more aspirants to throw their hats into the ring in the next few months, Osinbajo would always come out first in every contest.

“Osinbajo is a man of his own. Most of the people involved in the movement have never even had contact with him. I can assure you of that. It is a mass movement based on the genuine intention by Nigerians, who believe that this country deserves someone with the pedigree and quality of Osinbajo’s intellectual capacity, honesty, trust and the fact the he had demonstrated competence during the period he was acting president.

“As progressives and people who believe in democracy and the progressive ideas Osinbajo stands for, it would be wrong to advocate that other people should not contest for same position.

“In fact, what we want is for as many people as possible to come out so that the APC should have a rich array of people to choose from. The coming out of an aspirant does not in any way distracts our confidence in Osinbajo,” the group explained.

But amid different reactions to Tinubu’s presidential ambition, a former member of House of Representatives and Director General of the Tinubu Support Group Management Council, Jibrin, has said the former Lagos State governor was in the race to compete with others

Jibrin, who was a guest on the Arise Television News Morning Show, said Tinubu was way ahead of other contestants in terms of popularity.

His words: “There are other candidates. We are not campaigning that they should not contest; they should come out, after all, we are one; and after the primaries, we are coming together as one. So, we are fine with everyone. We are ready to face everyone vote for vote”.

When asked to back his claim of overwhelming support for Tinubu with empirical facts, the ex-lawmaker said, “Yes, I said that everywhere you go, especially, in the northern part of the country, it’s Asiwaju and I am able to see that. I am not a politician, who sits in Abuja.

“I am a proper grassroots politician, so I go to the grassroots, not only in my own state but all over the northern part of the country. I hold gatherings with over 5000 persons in attendance. I have also been in this game for a while, so, I have contact of the people who are going to vote.”

On what would be the reaction of Tinubu if others like Osinbajo, Mr. Babatunde Fashola and Governor Kayode Fayemi declared to vie for the presidency too, Jibrin said Tinubu had been able handle similar situations in the past comfortably.

“Tinubu is an experienced politician. He will look at everybody and see how everybody is going to be involved. I have no doubt that he will carry everybody along,” he said.

On Tinubu’s chances over Osinbajo, should he decide to be in the race, Jibrin said though he would not want to predict Tinubu’s reaction, his camp has no issues against the vice president and his capacity as an individual, adding that most people believe that Osinbajo, was eminently qualified to contest for president.

He, however, said Tinubu was way ahead of Osinbajo based on every known parameter. 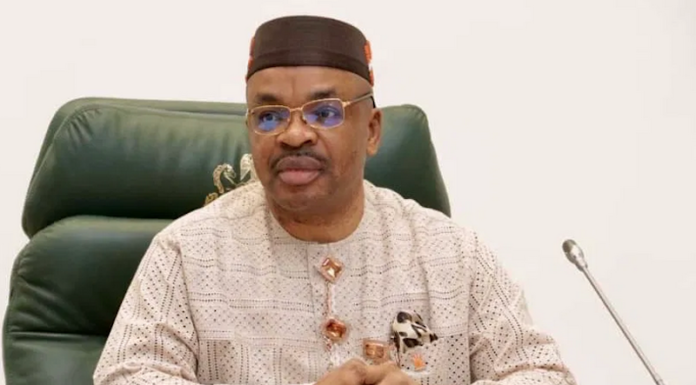