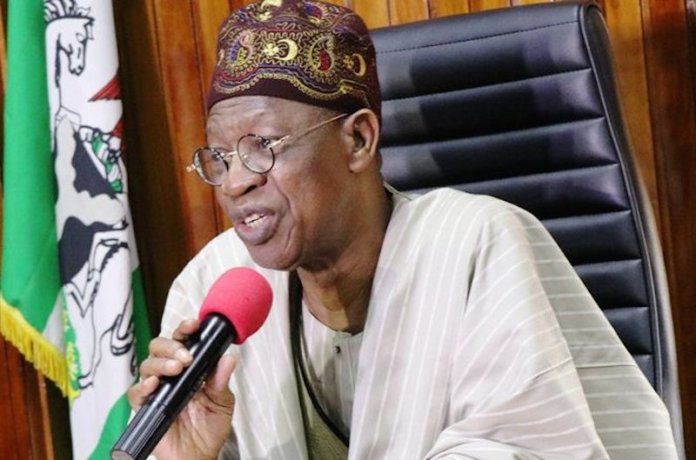 The federal government yesterday officially reacted to the report of the Lagos Judicial Panel of Inquiry (JPI) set up by the Lagos state government to probe the October 20, 2020 #EndSARs protest, insisting that there was nothing in the document to compel it to change its stand on the matter.

The government which had long held that there was no evidence of the killing of protesters, who among others, were demanding an end to police brutality, dissolution of the Special Anti-Robbery Squad (SARS) and harassment of young people, stated that the report was based on social media “tales by moonlight”.

Speaking through the Minister of Information and Culture, Mr. Lai Mohammed, in Abuja, the President Muhammadu Buhari-led administration maintained that the report was riddled with errors, inconsistencies, discrepancies, speculations, innuendoes, omissions and conclusions that were not supported by evidence.

The report which was leaked last week, had revealed that at least 11 persons were killed during the peaceful demonstration at the Lekki Tollgate.

The report had described as, “atrocious, the maiming and killing of unarmed, helpless and unresisting protesters, while sitting on the floor and waving their Nigerian flags and singing the National Anthem , stressing that the act could be equated to a “massacre in context.”

According to the report, aside the 11 confirmed dead, four others were presumed dead, while in all, 48 were casualties of the Lekki incident which shook the entire country last year.

In the 309-page report, the panel had also stated that of the 48 casualties, 24 sustained gunshot injuries, while 15 others were assaulted by soldiers and police, and specifically indicted the army and the police for shooting directly at fleeing protesters who had run into the shanties and the Lagoon.

But Mohammed, in his assessment, argued that what had been circulating in the public space remained simply a rehash of the unverified fake news that had been playing on social media since the incident last year.

The minister opined that instead of sitting for all of one year, the panel could have just compiled social media stories on the incident and submitted, saving taxpayers’ funds and everyone’s time.

“That report is nothing but the triumph of fake news and the intimidation of a silent majority by a vociferous lynch mob,” he maintained.

In what he said was a “critical analysis” of the document, Mohammed alleged that the panelists threw away the testimony of ballistic experts who testified before it.

Quoting the experts, he said the team had told the panel that from the medical data examined and the nature of the injuries sustained by the “victims”, no military grade live ammunition (high-velocity) was fired at the protesters at Lekki Tollgate on 20th October 2020, within the timeframe of reference, which was 18.30- 20.34 hours.

Furthermore, the minister maintained that the panel did not consider the experts’ position that gunshot wounds sustained, four in number, between 19:05 and 19:45 hours, which were examined by the team, were identified as being discharged by either low velocity calibre and/or artisanal/12-gauge firearms.

He pointed out that the team of experts had told the panelists that had military personnel deliberately fired military grade live ammunition directly at the protesters; there would have been significantly more fatalities and catastrophic injuries recorded.

The minister added that the same panel that said it deemed as credible the evidence of the Forensic Pathologist, Prof. John Obafunwa, that only three of the bodies on which post mortem were conducted were from Lekki and only one had gunshot injury went on to contradict itself by saying “nine persons” died of gunshot wounds at Lekki.

He contended that the man whose evidence that he counted 11 bodies in a military van where he was left thinking he was dead, before he escaped, was said to be crucial by the panel, never testified in person.

“Rather, the video of his ‘testimony’ was played by someone else. It did not occur to the panel to query the veracity of the testimony of a man who said he was shot and presumed dead but still had time to count dead bodies inside a supposedly dark van at night.

“The panel said trucks with brushes underneath were brought to the Lekki Tollgate in the morning of October 21, 2020, to clean up bloodstains and other evidence, but still found bullet casings at the same site when it visited on October 30, 2020.

“It said soldiers picked up bullet casings from Lekki Tollgate on the night of October 20, 2020, yet claimed that policemen came to the same spot to pick the same bullet casings on October 21, 2020!

“The panel was silent on the family members of those reportedly killed, merely insinuating they were afraid to testify. Even goats have owners who will look for them if they do not return home, not to talk of human beings.

“Where are the family members of those who were reportedly killed at Lekki Tollgate? If the panel is recommending compensation for the families, what are their identities and addresses? Who will receive the compensations when no family members have shown up to date?

“How did a man who reported seeing the lifeless body of his brother himself ended up being on the list of the panel’s deceased persons? How can a judicial panel convince anyone that the names of some casualties of the Lekki Tollgate incident listed as numbers 3 (Jide), 42 (Tola) and 43 (Wisdom) are not fictitious names.

According to him, the report never mentioned cases of police personnel who were brutally murdered or the massive destruction of police stations, vehicles, e.t c during the EndSARS protest, arguing that it is possible the panel didn’t consider policemen and women as human beings.

In addition, the minister stated that the report never made any recommendation on the innocent people whose businesses were attacked and destroyed during the protest in Lagos, “because it was too busy looking for evidence to support its conclusion of ‘massacre in context”

“It is clear, from the ongoing, that the report of the panel in circulation cannot be relied upon because its authenticity is in doubt. Besides, the Lagos State Government, being the convening authority, has yet to release any official report to the public. Neither has the panel done so.

“The cowardly leakage of an unsigned report to the public is not enough. Assuming the report in circulation bears any iota of genuineness, it is basic knowledge that the report of such a panel is of no force until the convening authority issues a White Paper and gazette on it.

“It is therefore too premature for any person or entity to seek to castigate the federal government and its agencies or officials based on such an unofficial and ‘unvalidated’ report,” he posited.

The minister also took on the CNN for what he said was the celebration of the leaked report, insisting that in its rush to claim vindication, CNN apparently didn’t read the report before rolling out the drums in celebration.

“By that action, CNN has celebrated prematurely and has now committed a double faux pas: First, by relying on unverified social media stories and videos to carry out an investigation of the October. 20th 2020 incident at Lekki, where it did not have a correspondent on ground.

“CNN goofed in its report on the findings of the panel, which fell below the main standards of journalism. Secondly, CNN rushed to the air to celebrate an unsigned and unverified report that is riddled with inconsistencies, errors, discrepancies, innuendoes. That’s double faux pas by a news organisation that is eager and willing to compromise standards just to claim vindication,” he emphasised.

The minister added: “There is absolutely nothing in the report that is circulating to make us change our stand that there was no massacre at Lekki on October 20, 2020. For us to change our stand, a well-investigated report of the incident that meets all required standards and will withstand every scrutiny must be produced and presented to the public.

“The report in circulation does not meet those requirements. We also appeal to the families of those allegedly killed in Lekki to speak out. It’s untenable to say that some families did not come out because they are afraid. Any parent who is afraid to testify about the death of his or her child is not worth to be called a parent.

“We reject the notion that our soldiers and policemen massacred innocent Nigerians at Lekki on October 20, 2020. That conclusion is not supported by the weight of available evidence. Indictment for murder is a very serious issue that cannot be done on the basis of allegations and corroborations, as the panel did.

“Such allegations must be proved beyond a reasonable doubt. The report in circulation is calculated to embarrass the federal government and its agencies without fool-proof evidence.”

Mohammed maintained that the federal government had never condoned the abuse of the rights of Nigerians by security agencies under any guise, hence it disbanded SARS and encouraged states to set up the panels to investigate reports of human rights abuses allegedly committed by the disbanded personnel.

“The 37 policemen and six soldiers who died across the country during the EndSARS protest are also Nigerians and should not be forgotten.

“Those who have engaged in premature celebration of the report in circulation should now go back and read it thoroughly and tell Nigerians whether it can pass any serious scrutiny.

“We are saddened that anyone died at all during the Endsars protest as the life of every Nigerian and indeed every human is sacrosanct. As we have disclosed many times, 57 civilians, 37 policemen and six soldiers were killed across the country during the protest, and we commiserate with their families,” the minister stressed. 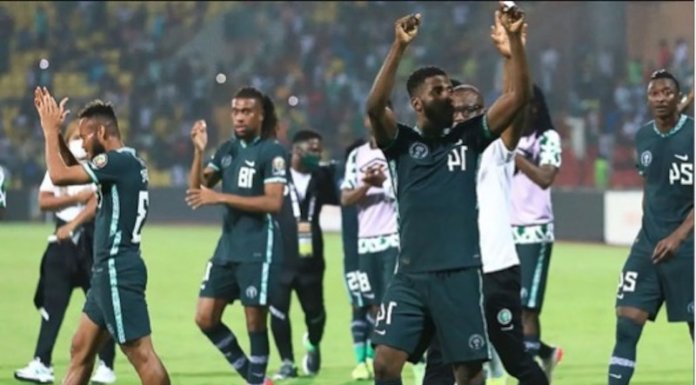