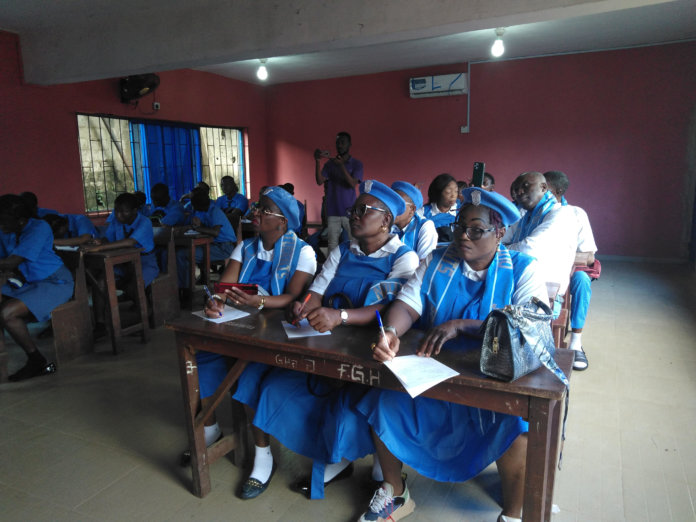 It was a nostalgic feeling at the 40th-anniversary reunion of the old students (Class of 81) of Victory High School, Ikeja, Lagos. The old boys and girls turned out gaily dressed for the early morning assembly in their school uniforms; white shirt on blue trousers for the men and white shirt on blue pinafore for the women. With the assistance of an old boy, the current head boy and head girl conducted the assembly and ensured the inspection of all by the old principal and proprietor of the school, Chief Christian Olaniyan. It was a sight to behold as they marched to their different classrooms for lectures, singing their old school songs.

The assembly was part of a three-day programme to mark their 40 years of graduating from the school, grand finale award and recognition, as well as thanksgiving celebration.

The proprietor of the school, Chief Christian Olaniyan, who recently clocked 92, told THISDAY that when the private school was taken over by the government in 1976 and returned in 2001, the management, with the support of the old students, had been running it on their own.

“Some years ago, some old students donated a computer centre costing about N6 million. The class of 81 also came together to renovate the school and fixed air conditioners in the classrooms so that it could attract more students. I can’t stop them from doing what they want to do. As an association, they have been meeting regularly to see what they can do for their alma mater,” he said.

Earlier, he said though it has not been easy bringing people together as some will reason that they are yet to make it in life.

He noted that the school was popular in those days in academics and games and sports, adding that the old students were proud.

An ex-student and principal of the school, Mr. Jolayemi Odedele, who has been there since 2007, said since his appointment, he has been saddled with the responsibility of raising its standard.

“When the school was managed by the government, students were still in school because they were not paying fees, and they were being eased out gradually. Now that fees are being paid on a moderate level, we needed to raise the facilities in the school, which prompted our appeal to old students to come in and help.”

Academically, he said the school has been recording success over the years, especially in its WASSCE, adding that there are also well-trained teachers raising the students’ self-esteem.

Odedele lamented its low students’ population due to the presence of other private schools around the community.

He described the period when the school was taken over by the government when its quality and morals degenerated, adding that many of its Old Students didn’t want to associate themselves with it.

“Even myself, I felt ashamed that I finished from the school, as there were vices and other forms of gangsterism for 25 years. But afterwards, we had to go back to basics to see how we can return to our original vision. Now students conform and the academic standards has improved tremendously.”

He expressed excitement about the 40th anniversary of the 81 set, saying it will send a positive message to other sets that will next year celebrate their own 40th.

The treasurer of the set, Mrs. Adetutu Olakanmi, said the period of the takeover by the government hurt the school. “We had to leave the hostel when they cancelled the whole boarding house system in Lagos state. With the passion our Emeritus proprietor’s has for education, he opened up his compound for hostel for those leaving outside the state,” said Olakanmi.

“So my set spent two years in his compound. It was not the school we used to know. There were so many changes because those landmarks we dreamt of, were no longer there. There was moral decadence and the standard of education dwindled. But thank God, the morals have gone up now compared to those days.”

The president of the set, Chief Adegbenga Ojurongbe, said the old students had become people to reckon with because of the proprietor’s foresight, adding that the set contributed money to install air-conditioners in all the classrooms and the library and changed all the furniture in the staffroom. He advised the current students to do their best and emulate the best, adding that they should have aspirations as to what they want to do.

” We are planning an endowment where we intend to award the best students and staff.”

The three-day event witnessed a fundraising event, a get-together of family and friends, awards to students and individuals supporting the old students association, donation of gifts to Regina Mundi Home, and thanksgiving service. 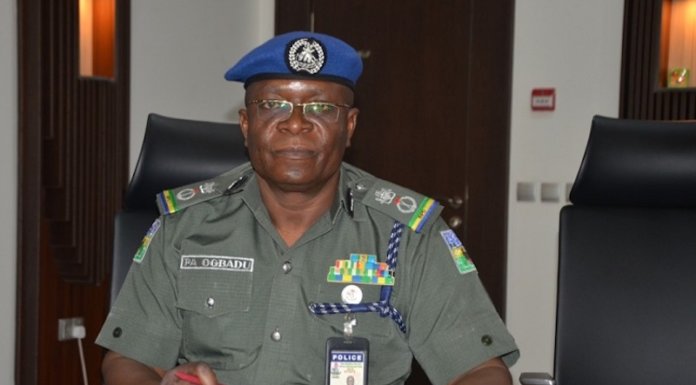