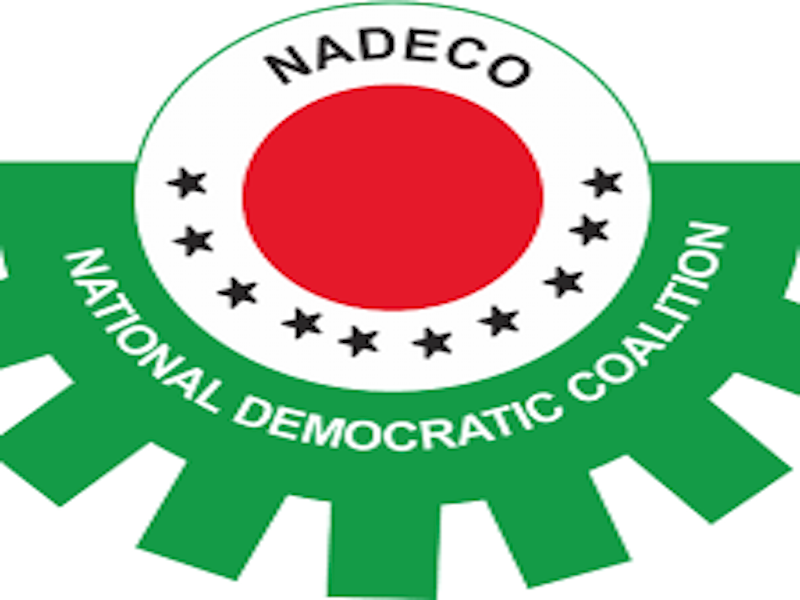 The National Democratic Coalition (NADECO), Afenifere and other pro-democracy crusaders have stated that leadership failure is the bane of the country’s problem.

This was their conclusion as NADECO and Afenifere chieftains converged on Lagos to pay tribute to the former military Governor of Lagos State, Admiral Ndubusi Kanu, who until his demise was a NADECO leader.

At the event, which held at the Austral Hall, Lagos Airport Hotel, Ikeja, they criticised the operation of the “flawed 1999 Constitution,” urging ethnic nationalities to intensify their pursuit of self-determination as enshrined in the 1948 United Nations Declaration of Human Rights and 1998 African Charter of Peoples Rights.

NADECO Secretary, Ayo Opadokun, said the organisation would intensify its political and legal campaigns against the lopsided federal structure that has continued to confer undue advantage on a section of the country to the detriment of other component units.

Eminent scholar, Prof Adebayo Williams, said NADECO and Afenifere had unfinished battles, adding that Nigeria has been retarded by the ravaging COVID-19 pandemic and leadership failure.

Lamenting that those who fought for democracy had been sidelined, he called for what he described as a festival of leadership renewal.

Paying tribute to late Kanu, the NADECO secretary played a role in the actualisation of the symbolic handshake across the Niger under the auspices of the Council for Unity and Understanding (CUU) upon which NADECO was constructed.

Opadokun recalled that Kanu was hounded, humiliated and dehumanised by the Sani Abacha military regime, adding that his residence in Lagos and Ovim in Abia State were searched by soldiers who found nothing incriminating in them.

Besides, the secretary lamented that the deceased NADECO chieftain was detained for hours by security agents in Lagos before he was bailed by his widow, Mrs. Gladys.

Opadokun added: “In spite of all the oppressive measures taken against you, you remained unperturbed and unbowed until this your sudden and difficult to manage departure.”

As a mark of honour, he said NADECO would continue to support legitimate and legal agitations and campaign for self-determination by ethnic nationalities, civil societies and credible opinion molders.

In his remark, the former university don, Prof. Williams, said Kanu led a good and exemplary life, adding that his memory will linger.

He lamented that those who struggled for democracy had been sidelined and relegated to the background.

Peeing into the future, Williams said NADECO should be rejuvenated because the battle for democratisation is not over.

He said: “There is still a great struggle ahead. We have not seen the end of military rule. Now, we have two pandemics confronting us as a country. The first one is the virus, while the second is failed leadership.

“I got close to Kanu in 1975. He is a profound man. He has no time for frivolities. He was a great democrat. We are very proud of him because he led an honourable and distinguished life.

“He was an outstanding naval officer. His celebration should be a rejuvenation of NADECO. Our ranks are peeling. We are waiting for a festival of renewal so that whatever happens, we can take our country back.”