Wike: The Big Picture is More Important 17 mins ago

New Coach for Ekong, Kalu, Okoye at Watford 26 mins ago 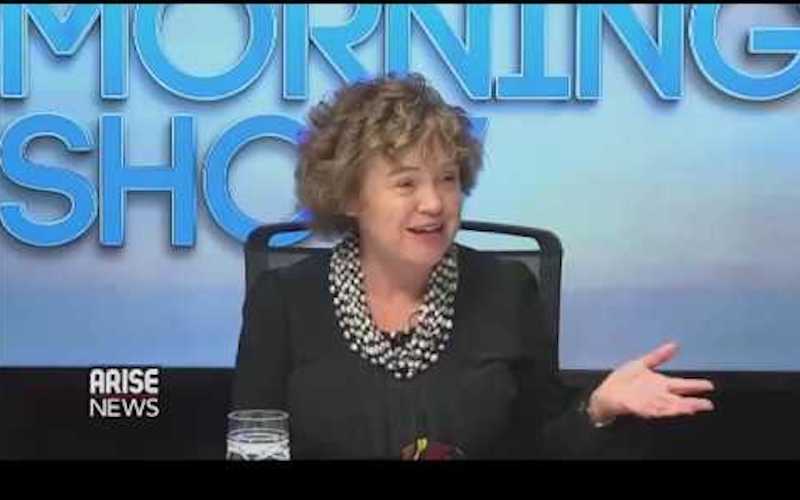 •May give country a new grant of $125 million for education

and Michael Olugbode in Abuja

The British Government, yesterday, admitted that Nigeria’s security challenges were both overwhelming and multi-pronged and therefore called on the federal government to firm up strategies to tackle the growing unemployment crisis as part of moves to addressing the root cause of insecurity in the country.

Speaking on the Arise News Television, United Kingdom’s High Commissioner to Nigeria, Catriona Laing, who was on the programme to elucidate on the Global Partnership for Education (GPE), kicking off in London today, hinted that the British government had continued to follow-up on its request to Nigeria to allow it provide consular access to the leader of the Indigenous People of Biafra (IPOB), Nnamdi Kanu, who is currently being tried for various offences including treason.

Arising also from the summit, Laing stated that the UK was looking to a new grant for Nigeria to the tune of about $125 million, which would enable it to reach millions of children here in Nigeria, being the largest grant available under the summit.

She, therefore, in a tweet on her verified Twitter account @CatrionaLaing1, called on President Buhari and other senior officials in his government to commit increase funding to education in the country.

Making lucid her position on insecurity, Laing argued that the issue of kidnapping both in the north and south could not be divorced from unemployment and poverty and maintainedthat the Nigeria police needed to ramp up their intelligence gathering capabilities.

“On the scourge of kidnapping, the police need to be able to deal with it. They need much more intelligence and therefore need to work with communities to identify these kidnappers.

“There’s physical infrastructure that needs to be better. And the children need to know what to do; they need to be very well drilled if there’s going to be an attack. Even with all those kind of measures, ultimately, you’ve got to get to the root causes, which is why this epidemic of kidnapping is happening in Nigeria,” she noted.

Drawing a correlation between COVID-19 and the current economic crisis in Nigeria, Laing noted that insecurity had risen across Nigeria as more people have been thrown into poverty and unemployment, who are finding alternative sources of income and tragically finding kidnapping as a means of livelihood.

“And these are poor people, who see it as an easy route to funding through the kidnapping scourge. There needs to be some form of community kind of inter-peace dialogue to ensure that those, who are preyed to stray can be brought back in through elders as well as religious leaders to persuade them that this is not the pathway.

“But I think the government is grappling with this. The range of insecurity challenges that this government is facing is just completely overwhelming. And so I really do understand the challenges they’ve got, particularly with kidnapping in terms of paying a ransom,” she added.

While stressing that the UK had a very clear policy of not paying ransoms, she admitted that it was a dilemma for the parents of kidnapped school children, who were left in very dire situations, with their kids in the bushes.

She mentioned that the farmer/herder conflict and kidnappings associated with that, would be resolved through livestock ranching, because people’s means of livelihood would have to be preserved.

“You’ve got this farmer/herder sort of conflict and then kidnapping increasingly spreading around the country. In the northeast, its the Islamic State of West Africa. If you’re a young man without a job, they present to you a viable alternative. Ultimately, employment opportunities are probably the single most valuable way to solve this underlying problem,” the UK envoy said.

On education in Nigeria, Laing stated that UK’s collaboration with Nigeria might havebegun to bear fruits in northern states like Kano, Kaduna, Katsina and Sokoto, where it hadmanaged to increase enrolment from 46 per cent to 60 per cent and delivering official 20,000 female teachers specifically to encourage girls to get an education.

As a consequence of the summit, the UK high commissioner, stated that the country was looking to a new grant for Nigeria of $125 million that would enable it to reach millions of children here in the country, being the largest grant that was available under the summit.

She argued that two-thirds less maternal mortality was likely to occur among children,whose mothers had gone through primary education and likely to add about 20 per cent to their earnings.

Still on education, Laing, while calling on Nigeria’s president and other senior officials in his government to commit increase funding to education asked Buhari to commit such funding to a future, where every Nigerian child could access 12 years of quality education.

Laing stated this in her tweet that read thus: As President @MBuhari and other senior government officials attend #GES2021 tomorrow, High Commissioner @CatrionaLaing1 encourages them to commit to increasing funding for

“On Nnamdi Kanu, all I will say is we’re on record as saying that we can offer consular assistance to British nationals. We have requested consular access and that’s all I’m prepared to say in this interview.