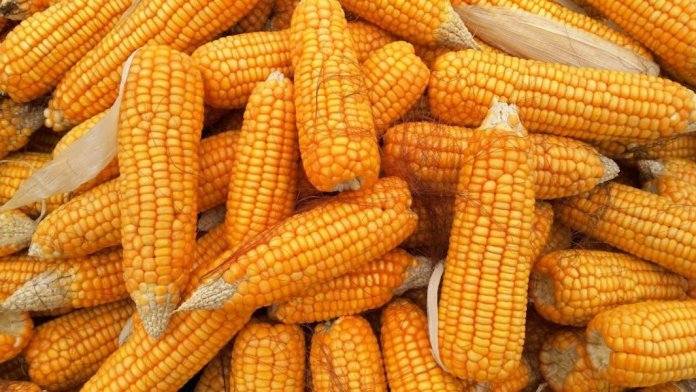 The Bayer Nigeria Limited (BNL), a subsidiary of Bayer AG, Germany, is spearheading improved cultivation of maize in Nigeria with the introduction of products that are targeted at changing the current narrative of maize farming in country from low yield to increased maize yield through the introduction of the Dekalb, the Lagon, the Decis and the Belt Expert.

The BNL said the Dekalb is a quality hybrid maize seed and the Lagon, which is an innovative selective pre-emergence herbicide that is specifically designed for maize and cassava.

The Lagon has a broad range of actions against grasses and broadleaves weed present in maize and cassava fields, with possible reactivation after drought. The BNL said that proper application of the Lagon could assure farmers of up to eight weeks weed control.

The BNL also said the Decis has demonstrated proven efficacy in protecting crops from a broad range of insects for more than 30 years. It said: “There is no better choice for great yields and excellent quality as the Decis is a flexible and convenient pest management option.”

In the same manner, the Belt Expert was described by the BNL as “an innovative and highly effective crop protection product with the most modern chemistry. The Belt Expert sustainablly controls a broad spectrum of chewing and sucking pests with extreme efficacy. It is a unique safe formulation for maximum protection and healthy, high-quality crops.”

Apart from introducing good farming products with potential to deliver high yield into the Nigerian market, the BNL is also championing the Nigeria Maize Conference (NMC), which is its brainchild.

The third edition of the annual conference was held virtually in Abuja, last month.

The BNL’s effort to increase productivity in maize is boldly illustrated by the theme of this year’s Nigeria Maize Conference (NMC) that was captioned, “Much More Maize” (MMM) that is targeted at increasing maize yield for Nigerian farmers.

The Managing Director of BNL, Mr. Sefihait Kone, who commented on how the BNL intended to address the maize production challenges in Nigeria, explained that the Bayer has a suite of products which is called the Bayer “Much More Maize” toolkit, specially put together to help farmers protect their crops and boost productivity of their farms from the planting phase through the harvesting stage.

Kone said: “We will show how these products, if used properly have the potential to increase the profitability of their farms which translates to higher revenue for them. We hope that once all farmers imbibe these proper procedures, it will have a ripple effect on the economy and increase the food sufficiency of the country.”
The NMC is an annual event that is organised by the BNL to bring together stakeholders in the industry and proffer solutions towards maximising the yield of maize production in Nigeria.

The BNL said with over three million hectares of maize grown annually at an estimated 15 million tons output, Nigeria is a big market for arable crops.

“However, there is still a gap in maize productivity in Nigeria compared to other countries in Africa.

“The conference is pivotal to closing this gap by gathering insights, collaborating with key maize stakeholders, and finding a meaningful and strategic path to enter the market and communicate its innovations to the maize sub sector,” it said.

This year’s edition of the NMC was aimed at addressing the productivity gap of maize growers in Nigeria through innovative best practices and adoption of quality inputs.

In his welcome address, the Country Cluster Commercial Lead for Bayer, Mr. Lauren Parez, said as a responsible and sustainable company, the Bayers has decided to continue with its efforts in West Africa and more particularly in Nigeria to develop maize.

Parez said the Bayer wished to promote the culture of providing farmers with high-performance products that would eradicate the environmental constraints in agricultural yields.

The Market Development Regional Manager, Bayer Crop Science in Sub-Saharan Africa, Mr. David Wangila, who commented on how maize productivity could be increased through good agronomic practises, stated that the BNL’s integrated maize portfolio and hybrid seeds are the solutions.

Wangila said the hybrid seeds had the yield potential of up to 10.9 tons per hectare and were also tolerant to striga, leaf diseases, Maize Lethal Necrosis (MLN) and the maize streak virus.

Similarly, the Agronomic Operations Manager (East, West and Central Africa) Field Solutions for Bayer, Mr. Joseph Kibaki, warned that whilst the hybrid seeds were tolerant to some of these viruses, it would also be important to ensure proper seed treatment in order to protect the potential of valuable seeds.

Kibaki specified how seed treatment could target some relevant pests and highlighted the importance of managing insect pests before they would destroy the maize yields.

He also highlighted the need for effective weed control that would ensure that the weeds were not competing with the maize crop for scarce resources and nuitrents.

He stated that with, “proper implementation of the Much More Maize portfolio and good agronomic practises, farmers could see results in as little as four weeks with appreciable growth of their maize crops along with an increase in profitability.”

The Director General of the National Agricultural Seed Council, Dr. Olusegun Ojo, who participated in the recently concluded NMC, emphasised the importance of seeds in the agricultural revolution of a nation.

Ojo stated that the development, production and dissemination of quality maize seeds amongst others is central to providing adequate response to the many growing threats to food production from climate change to increasing drought and negative impacts of pest as well as the decreasing gains in productivity.

He pointed out that, “the growth of this sector would be hampered without a proper structured seed system to support the industry.”
The director general agreed with the BNL’s theme for this year’s edition of the NMC which was tagged “Much More Maize” because “much more maize is needed to feed the needs of our increasing global population.”

He, however, said that productivity had not yet peaked in Nigeria when compared with other countries.

He said: “Averagely, in Nigeria the yield potential of maize varieties ranges from 2.8-3.2Mt for OPV, which is very low and unacceptable if we are to maximise productivity.

“According to studies by the Dutch government-funded seed roadmap, the OPV system in Nigeria is saturated, but of course the yields cannot ensure sustainability while the hybrid maize has a seed gap of 90 per cent in 2020, which is expected to increase if concerted efforts are not taken.

“A decentralised seed quality assurance system has been proposed as one of the ways to mitigate the seed gaps challenges in Nigeria.”
The Country Sales Manager of the BNL, Mr. Temitope Banjo said, “Nigeria is yet to reach its full potential in terms of maize productivity, for example where a hectare of farmland in Egypt can yield up to 7 metric tonnes per hectare, a farm of the same size in Nigeria only produces around 1.8 metric tonnes per hectare which is one of the lowest among the top 10 maize producers in Africa.”

He went on to say that even though Nigeria is presently the largest producer of maize in Africa, the country is still not able to meet up with its domestic and industrial needs for the crop.

He stated that the challenges with maize production in Nigeria are mainly due to poor agronomic factors and the use of bad seeds during planting and cultivation, and there is a need to educate our farmers on how they can increase the productivity and profitability of their farms, hence the theme for this year’s conference.

The President of the Maize Association of Nigeria (MAAN), Mr. Bello Abubakar Annur, outlined the challenges facing the industry and the efforts of the MAAN to tackle and overcome these challenges.

Annur stated that maize production declined in 2020 from 12.6 million tons produced in 2019 to 12.4 million tons, representing a 1.555 per cent reduction due to rainfall deficit and low-level cultivation of improved and drought tolerant maize varieties.

He said that the challenges facing maize productivity and the inadequate supply of certified seeds in Nigeria were the catalysts that spurred the BNL to conceive and gave birth to the NMC.
Annur disclosed that Nigeria’s annual productivity of maize has been growing steadily since 1999 when constitutional democracy was re-introduced in the country.

He said: “Our yearly national production figure doubled between 1999 when the country returned to democracy and 2019. The figures in the last five years are the highest ever. This streak of high production between 2014 and 2019 has taken Nigeria to the second spot among maize producers in Africa, behind South Africa, with an average of 12.9 million metric tons per year; and then, Nigeria’s yearly average was 10.8 tons.

He also highlighted some of the achievements of the MAAN in tackling these challenges. These achievements included the facilitation of access to mechanisation, capacity building of its members on good agronomic practices and the empowerment of more than one million farmers through the CBN Anchor Borrowers programme.