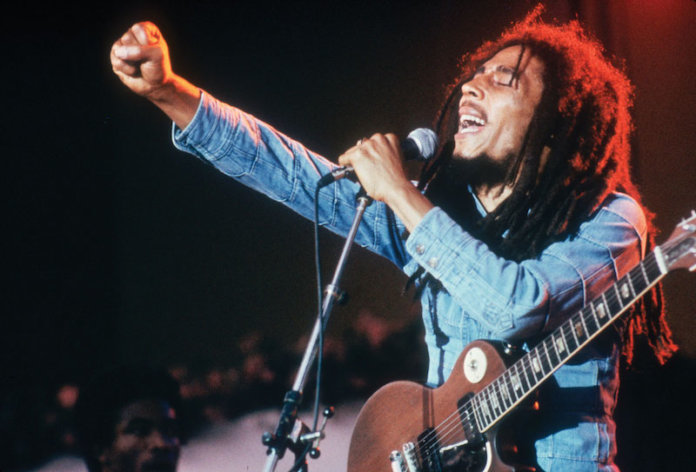 May 11, 2021 marks the 40th year anniversary of the death of the famed reggae musician, Bob Marley whose music revolutionised the world, writes Yinka Olatunbosun

Robert Nesta Marley, simply known as Bob Marley has become so synonymous with reggae music that you’d think he invented it. The truth is ‘Bob Marley and The Wailers’ has the biggest selling reggae album of all time. Marley is also one of the most documented artists of his time with three Nobel Peace Prize nominations on his sleeves.

He elevated reggae from being Jamaican music to a leading cultural export by infusing his reggae brand with strong political themes and Rastafari spirituality. His gift in music combined with his striking looks made him a sex symbol of sorts. Although some purists and critics will argue that he wasn’t the best thing that happened to reggae music; he became the poster boy of reggae music with his medley of reggae anthems that appeal even to non-reggae fans. Songs like “One Love,’’ “Redemption Song’’ “Rastaman Vibration’’ were examples of his commercial success stories and chart-topping breakthroughs. But that’s not all: he became controversial for advocating for the legalization of marijuana.

Before he found his voice that resonated across the world, Marley had his humble beginnings in Trench Town- one the poorest neighborhoods in Jamaica. He struggled with poverty, which largely influenced the subject matters in his music and lyrics. Alongside his friends, he formed the ‘Wailing Wailers’ in 1963. But it wasn’t until 1972 that they made their break with a recording contract with Island Records.

Poor record sales and other rancour made the wailers drift apart. On his part, Marley married Rita Anderson on February 10, 1966. Eventually, Marley left for the United States where his mother resided. After eight months, Marley returned to Jamaica, reuniting with Livingston and McIntosh to form the Wailers. Meanwhile, Marley had started exploring his spiritual side and developing a growing interest in the Rastafarian movement and Pan-Africanism.

In the late 1960s, Marley worked with pop singer Johnny Nash. Nash scored a worldwide hit with Marley’s song “Stir it Up.” The Wailers also worked with producer Lee Perry during this era; some of their successful songs include “Trench Town Rock,” “Soul Rebel” and “Four Hundred Years.” The Wailers added two new members in 1970: the bassist Aston “Family Man” Barrett and his brother, drummer Carlton “Carlie” Barrett. The following year, Marley worked on a movie soundtrack in Sweden with Johnny Nash.

His debut studio album Natty Dread (1974) was well received, as did its follow-up Rastaman Vibration (1976). A few months after the album’s release, Marley survived an assassination attempt at his ‘Safe House’ in Jamaica while he and his team were rehearsing for an upcoming concert. It was a time when political tensions were high in Jamaica with both Jamaican Labour Party and People’s National Party courting Marley’s support. PNP had reportedly moved their rally to a date that coincided with Marley’s Smile Jamaica Concert. Though he was said to be politically neutral, he was perceived to be supporting the Prime Minister, Michael Manley and his party People’s National Party. This might have provoked the opposition party, leading to the attacks.

Following the attempted assassination, Marley moved to England where he spent two years in a self-imposed exile. During his time in London, he recorded the album Exodus (1977), his ninth studio album which was mix of reggae and some tinge of blues, soul, British rock and funk. It includes songs like “Natural Mystic’’ “Jamming’’ “Waiting in Vain’’ “Turn Your Lights Down Low’’ and “One Love.’’ It is on the hinges of the contributions of the likes of Bob Marley that reggae music became associated with promoting equal rights, unity and justice and as the popular British radio presenter Angie Greaves says, “a code for deviance.’’ Marley’s music trajectory is one of the crucial elements to understanding the relationship between Jamaican music and Birmingham youth culture.

Marley’s influence in UK trails after his Jamaican forerunners such as Max Romeo, Dave Barker and music director, Bigga Morrison. Undoubtedly, he has inspired several generations of reggae and dancehall artists and music bands including UB40, Steel Pulse, ASWAD, The Police, and lately, the first female and the youngest to win a Grammy in the Reggae album category, Koffee.

In 1977, he was diagnosed with acral lentiginous melanoma, a form of skin cancer. He sought treatment on a toe he had injured earlier that year. After discovering cancerous cells in his toe, doctors suggested amputation. Marley refused to have the surgery, however, citing his religious beliefs which prohibited amputation. He died as a result of the illness on May 11, 1981.

The news of his death sent shivers through the ‘true Marlians’ across the world; he was only 36 years old. Survived by 12 children, he received a state funeral in Jamaica. Other reports claimed that Marley had admitted to having 11 offspring from seven different mothers and about 25 others have claimed to be of his blood. His last album, Uprising was released a month after his death, featuring a lion-maned Rastafarian image with arms raised in victory. The last song on the record, Redemption Song, includes excerpts from speeches by the Pan-Africanist Rastafarian leader, Marcus Garvey calling for emancipation.

The greatest hits album titled ‘Legend’ was released in 1984, and remains the best-selling reggae album of all time. Marley, ranked as one of the best-selling music artists of all time has an estimated sale of more than 75 million records worldwide. He was posthumously honored by Jamaica soon after his death with a designated Order of Merit by his nation. In 1994, he was inducted into the Rock and Roll Hall of Fame. Rolling Stone also ranked him No. 11 on its list of the 100 Greatest Artists of All Time.