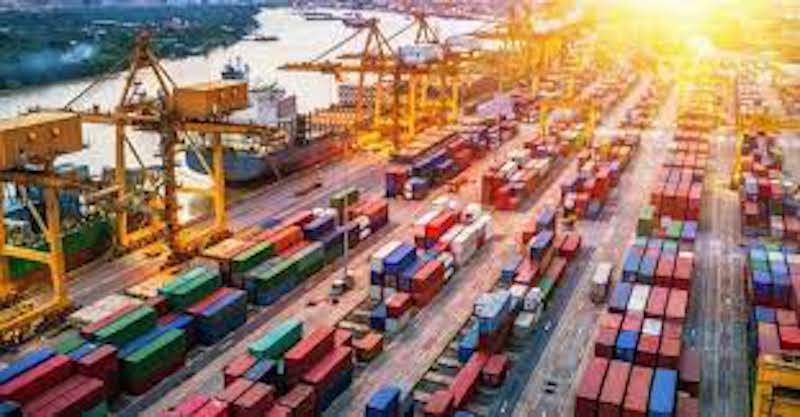 Promoters of the proposed Escravos Seaport Industrial Complex (ESIC – 1) have revealed that the $2.9 billion (N1.16 trillion) project will attract $50 billion (N20 trillion) in Foreign Direct Investment (FDI) to Nigeria when completed and operational.

The owner of the project, Mercury Maritime Concession Company (MMCC) Limited, while unveiling the plan at a stakeholders’ forum held in Lagos over the weekend, said the $2.9 billion seaport at Escravos, Delta would help to decongest Lagos ports.

Speaking at the stakeholders’ forum, the Chairman of MMCC, Rear Adm. Andrew Okoja (RTD.) said the proposed Escravos Seaport Industrial Complex project will play a major role in the bid to end youth restiveness in the Niger Delta region of Nigeria.

He said Mercury Maritime Concession Company and its partners have secured financing for the project adding that a deposit of $1 billion will soon be made to the federal government through the Ministry of Transportation as a show of commitment and capacity to deliver the project.

Okoja said the project was at its preparatory stage, but gave the assurance that within five years, it would be completed. He stressed that everything needed to be done for the project to succeed was being put in place.
Specifically, he stated, “MMCC is the promoter of the Escravos Seaport Industrial Complex project; this is a maritime-driven project cited in Escravos in Delta, on approximately 31 hecters of land.

“This project will consist of a deep seaport, others and a platform to drive resources from one point to another.
“We went into this project because we have the capacity, experience and connections; we decided to deploy them to solve the maritime problem of the country,” he said.

Okoja said the project would run on a Build, Own, Operate and Transfer (BOOT) model and would be on lease for about 50 years with all the $2.9 billion dollars funding coming from overseas.
He further said the project was expected to create about 30,000 to 40,000 jobs for the people in surrounding communities and would tackle piracy and militancy in Niger Delta.

He said the company had received a provisional approval from the Federal Ministry of Transportation, which asked it to lodge in $1 billion dollars as evidence of capacity and commitment to follow due process.
“As a form of support, government is bringing land; we will pay for it and then we will pay our tax. The Nigerian Ports Authority’s role is that of monitoring,” he said.
In his presentation, a transport consultant, Prof. Charles Asenime said that the proposed $2.9 billion seaport would boost economic development.

He listed the project component to include a deep seaport, free trade zone, crude oil refinery and gas complex.
Others are industrial layouts, an independent power plant, a nature conservation park, an international airport and development of prime infrastructure, new towns and cities.

Asenime said the benefits of the seaport would include boosting employment opportunities, giving Delta direct multimodal transport accessibility to 70 per cent of Nigeria’s land mass, four geo-political zones and Abuja, and littoral nations of the world.

He listed other benefits as transformation of the coastal/foreshore line between Benin River into prime lands for seafront property development, and support for the African Continental Free Trade Agreement operations, among others.

“We are praying for the federal government to grant MMCC license to develop ESIC-1 project, partner to develop it and grant concession to develop ESIC-1 at the current Escravos project location,” he said.
Also speaking, Manager, Port Projects, Port of Antwerp International, Mr Philippe Droesbeke said that the company was acting as consultants to the project, laying out plans and ensuring that its feasibility study was done.
“We are happy to put our experience to the development of the project,” he said.