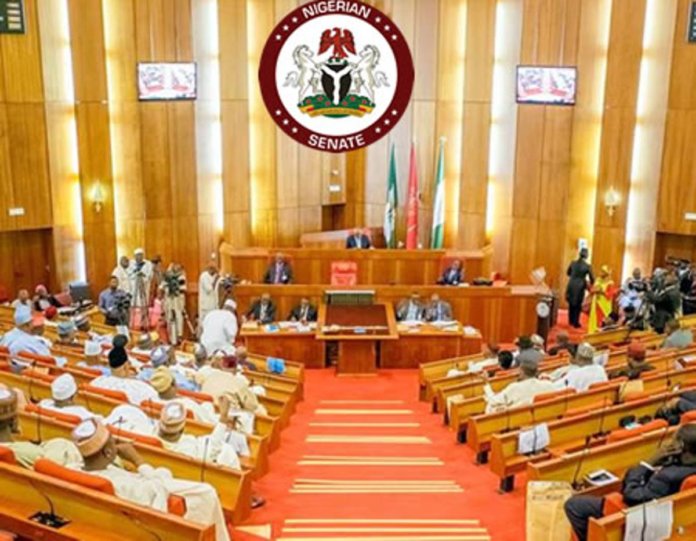 The Senate at plenary yesterday had a heated debate on a Bill for an Act to provide for the National Livestock Bureau to ensure protection, control and management of livestock, registration and cattle rustling in the country.

The Bill which scaled through second reading is sponsored by Senator Bima Muhammad Enagi (Niger South).

Leading the debate on its general principles, Enagi said the Bill seeks to ensure livestock health and disease management through disease surveillance, prevention and quick response to disease outbreaks.

According to him, the proposed legislation when passed into law will deter animal theft, especially as it affects the incessant cattle rustling crisis; and aid intelligence gathering by security agencies towards mitigating the incessant conflicts between herders and farmers.

While five senators from the North, including the President of the Senate, Dr. Ahmad Lawan, spoke in favour of the Bill, Southern Senators kept mum except the Senate’s spokesman, Senator Ajibola Bashiru who spoke against it.

Opposing the Bill, while relying on the provisions of the 1999 Constitution, as amended, Senator Bashiru, said no aspect of the Exclusive and Concurrent components of the Constitution gives the National Assembly the powers to legislate on Livestock.

He said such matters, according to the Constitution, should be handled by State Houses of Assembly.

According to him, proceeding with the consideration and passage of the Bill will be unconstitutional.

His position was opposed by a Senator from Kebbi State, Bala Ibn N’Allah, who contended that the National Assembly could legislate on the matter.

He insisted that it was the duty of the Federal Government to ensure food security in the country.

Contributing, Senate Deputy Whip, Senator Sabi Abdullahi recalled that the Bill was brought before the Eighth Senate but “unfortunately it never went through.

“This Bill is timely and should be supported. We are talking about diversifying the economy the livestock sector is key to this effort.”

Corroborating Na’Allah’s position, the Senate President said it was within his powers to interpret the Constitution and the Senate’s rules.

He recalled that in February, 2010, the National Assembly, without recourse to the 1999 Constitution, as amended, passed the Doctrine of Necessity motion which ushered in Goodluck Jonathan as acting President, adding that national interest was more important.

The Senate President thereafter, ruled in favour of the passage for a second reading of the Bill and referred it to the Senate committee on Agriculture and Rural Development which is to report back to plenary within two weeks.