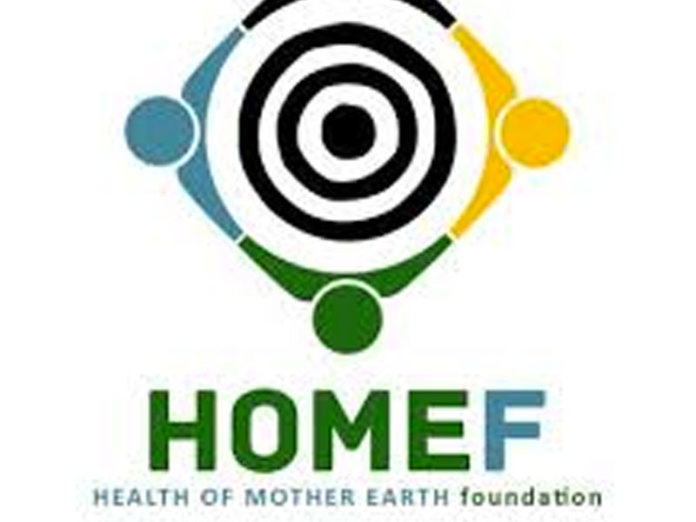 The concept of environmental justice deserves clear understanding to ensure that actions taken to correct environmental harms do not inadvertently generate more problems. Health of Mother Earth Foundation’s (HOMEF’s) School of Ecology (SoE) is a space for building people’s intellect and reasoning power around such environmental as well as other socio-ecological issues. The coming School of Ecology (SoE) session which is the second in 2021, is slated for 6th and 7th April, with focus on Environmental Justice. In a media release, the director of HOMEF, Nnimmo Bassey stated: “The coming SoE session is informed by the need to reinforce knowledge on environmental justice and build resilience while creating and strengthening webs of resistance towards the change we seek to see in the society.”

The SoE session aims to ensure that climate actions do not place more burdens on victims but relieves them of the unfair deleterious effects of years of resource-exploitation.

According to the release, the session will canvass for fair treatment and inclusivity with respect to the development, implementation, and enforcement of environmental laws, regulations and policies – regardless of race, national origin, or income. As explained in the release, “This would entail equitable distribution of environmental risks and benefits; fair and meaningful participation in environmental decision-making; and recognition of community ways of life, local knowledge and cultural specificities.”

It is understood that promoting knowledge of environmental justice contributes to ‘Building Webs of Resistance and Change’ which is the running theme for Health of Mother Earth Foundation (HOMEF) in 2021. HOMEF intends to pursue this theme holistically and partly through her Ikike vehicle – the knowledge creation and sharing hub which includes the School of Ecology (SoE) and cuts across other projects in the non-governmental think tank group.

To achieve the aim of the SoE session, HOMEF has selected credible and well informed team of instigators from around the world to speak on the subject matter.

The speakers include- Alberto Acosta, an Ecuadorian economist, researcher and former Minister of Energy and president of the country’s Constituent Assembly. Another speaker from Ecuador is Ivonne Yanez a founding member of Accion Evologica and Oilwatch International. Two speakers, Dipti Bhatnagar and Daniel Ribero, will speak from Mozambique. They are both affiliated to Friends of the Earth Mozambique/International. From Kenya will be a Goldman Environmental prize winner, Ikal Angelei who leads Friends

of Lake Turkana. Four other speakers at the SoE are from Nigeria. They include- Gabriel Umoh, a professor at the University of Uyo; Babatunde Bernard, an associate professor at the University of Port Harcourt; Morris Alagoa, head of the Niger Delta Resource Centre of the Friends of the Earth Nigeria. The director of HOMEF, Nnimmo Bassey, will also be a resource person.