FRANTIC EFFORTS TO PUT OUT BUSHFIRES 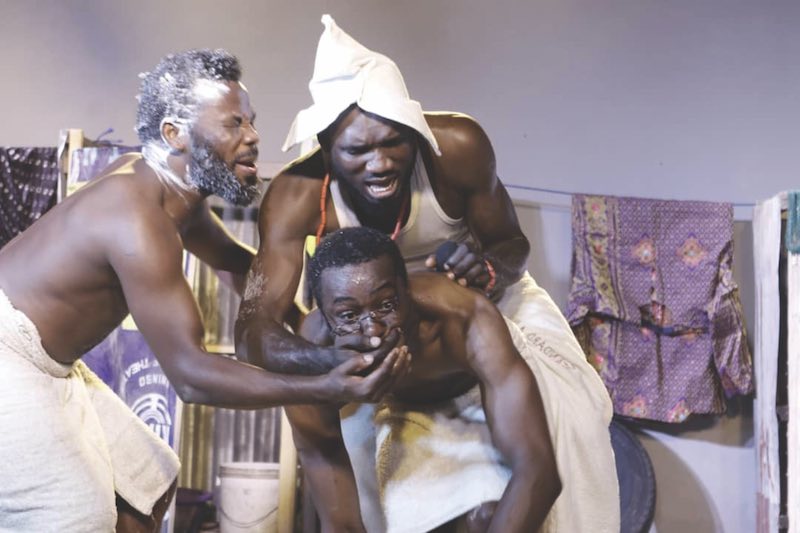 DRAMA
Yinka Olatunbosun
In a world where the black skin is still being discriminated against, the playwright-director Joshua Alabi exposes the fundamentals and complexities of the African perception of his own skin with the farcical play, Cream Body. Performed for the 2021 virtual edition of the Lagos Theatre Festival, Cream Body is set in a multi-tenanted apartment known as “face-me-I-face-you.’’ Its haphazard plot structure is developed with the typical inconsequential conversations in a household. A female neighbour has an overbearing attitude towards others in the compound because of her perceived superiority: her light complexion.

Of the characters, the most temperamental is the landlord (Julius Obende), who constantly launches vicious verbal attacks against his tenants, labelling one of the ladies a “prostitute” in reference to her skin tone. Cream Body is just one out of several artistic responses to the discrimination against the black skin. Movies, poetry, prose, podcasts, photography and paintings have explored this issue of black identity. The unfortunate truth is that while a black person may bleach the skin in order to be more acceptable to certain class of people, that identity crisis may still arise in other cultural contexts.

The director of the play, Alabi explained the story behind the high tempo drama, which was streamed on Stageplay Africa. “Cream Body is a comedic play with hilarious undertones which depicts the daily Nigerian face-me-I-face-you, where all the tenant rush to the bathroom at the same hour of the morning to get to work and avoid traffic,” he said. “The entire play had all its characters clad in white towels with props like buckets, toothbrushes, bathing soap, sponge and cream from the beginning to the end. The goal of the play in the end is for everyone to pay special attention to the skin and be proud of our identity no matter the colour; to shun stereotypes, prejudices and biases based on skin colour.”

A Kininso Koncepts Production, Cream Body is one is a series of drama that had been reproduced for virtual audience in the period of the pandemic. Other productions include Talk N Do, Voices of Women, World War, The Uncorrupt and The People’s Court, among others.